Our mystery seeds/fruit last week were from the eastern wahoo, Euonymus atropurpureus. 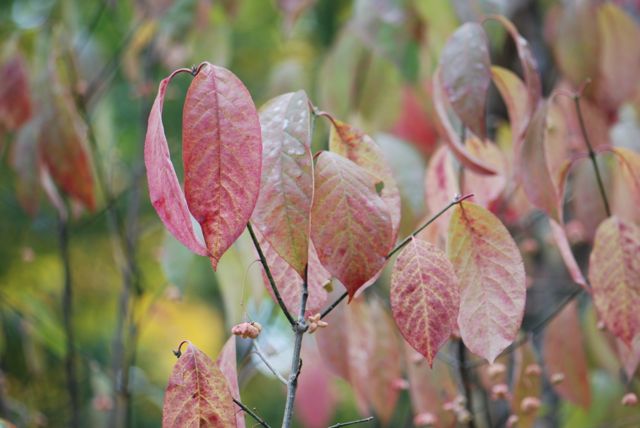 With a name like wahoo you might think this is a made-up plant, but that is the real common name. Wahoo is a deciduous shrub in the bittersweet family. 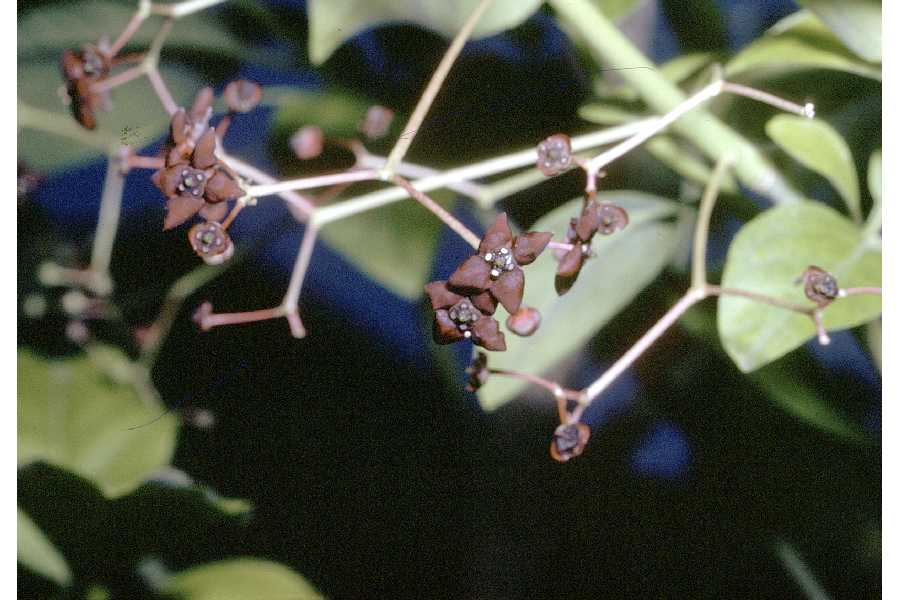 Everything about the wahoo is fascinating. Those brown structures in the photograph above are the flowers. They are carrion mimics that attract flies rather than bees. 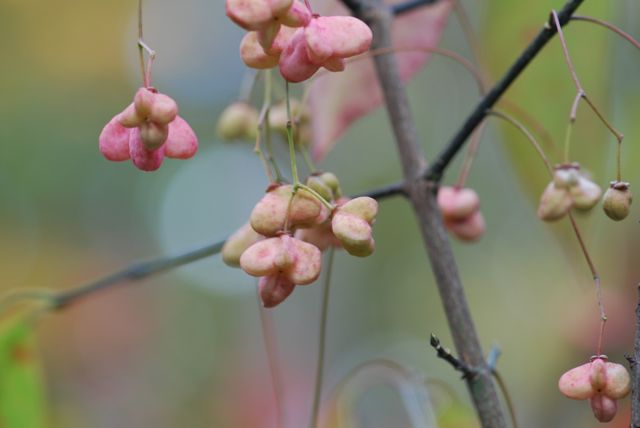 The fruit are pink capsules that look more like flowers than the flowers do. 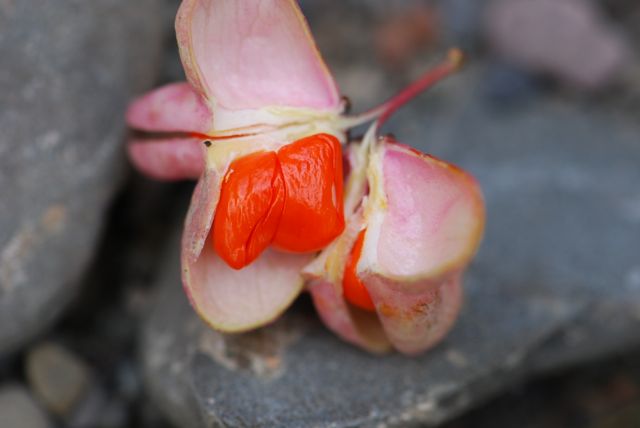 Inside the pink capsules, the seeds are coated with a fleshy, bright orange-to-red aril. Arils are accessory parts that serve as food for animals that disperse the seeds. The seeds are poisonous to humans, but some birds are able to eat them. 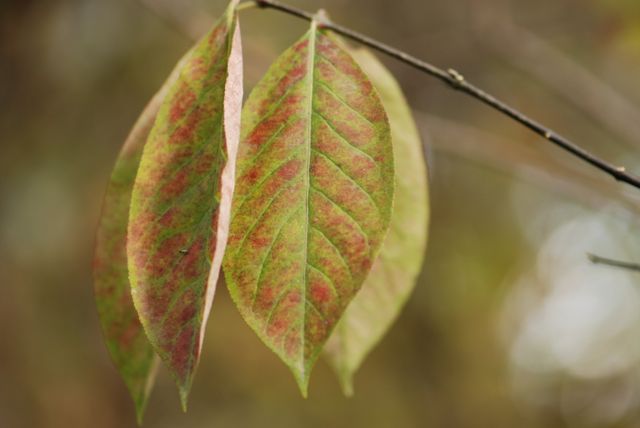 In the fall, the leaves turn colors. 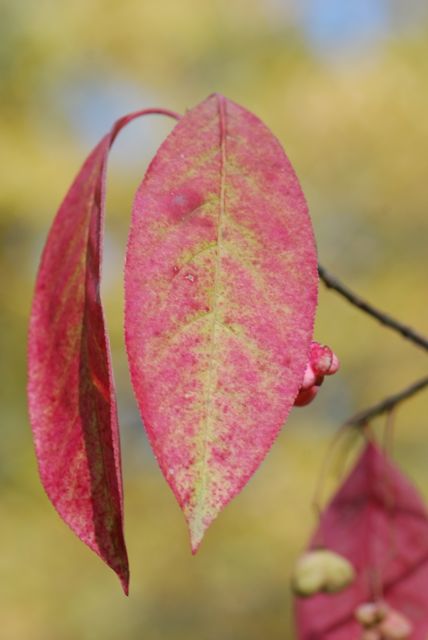 Some of the leaves turn bright red like those of its relative the burning bush, Euonymus alatus. In fact, Euonymus alatus can be an invasive in the areas where eastern wahoo grows, so the wahoo is recommended as an alternative. 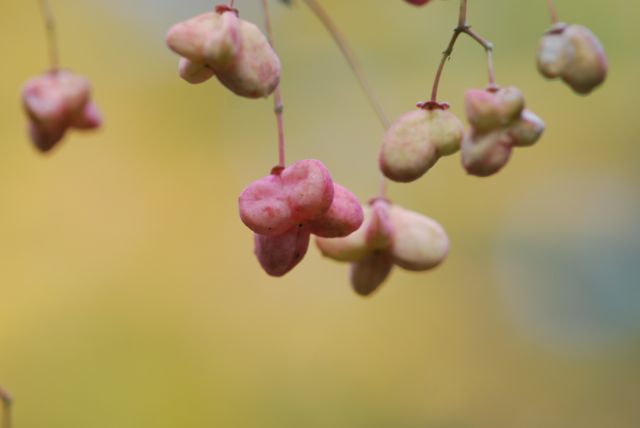 Overall, the eastern wahoo is the kind of plant that grabs attention because of its novelty. Have you ever grown one? What do you think of it?