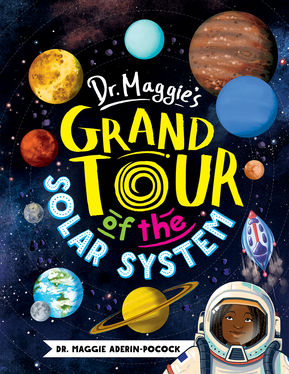 Recently, we featured a story time about the solar system for preschoolers. Today our activities are inspired by the upper-elementary/middle grade book Dr. Maggie’s Grand Tour  of the Solar System by Dr. Maggie Aderin-Pocock  and illustrated by Chelen Écija. Check out our sister blog, Wrapped in Foil, for a review/details.

When is the last time you have gone outside at night and looked up at the stars? With less pollution haze, stargazing can be a fun activity right now. Be sure to follow local safety guidelines.

Some things you can point out to youngsters:

Websites for adults to learn more:

Disclosure: This book was provided by the publisher for review purposes.

See our growing list of children's books about the solar system at Science Books for Kids.