We are hosting STEM Friday this week, the gathering of children's books about Science, Technology, Engineering and Math. We are featuring two new books by Elizabeth Rusch, Eruption!: Volcanoes and the Science of Saving Lives, with photographs by Tom Uhlman and Volcano Rising, illustrated by Susan Swan. 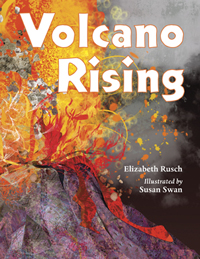 Children are definitely interested in natural processes like volcanoes, but perhaps too often children's books focus on the sensational, explosive aspects. Volcano Rising

is a picture book for younger kids that explains not only what volcanoes are, but also how volcanoes can be a positive force by creating new land and adding nutrients to the soil. Rusch has created a two layer text, one layer that is meant to be read aloud with lots of action verb and sounds, and the other for those who want to really delve into what volcanoes are all about.

Susan Swan's mixed-media illustrations add another clue that this is a special book (see the cover above and an example at Charlesbridge). The illustrations give the look of a picture book, and also create a uniformity of scale and appearance that would not be possible with a collection of stock photographs. 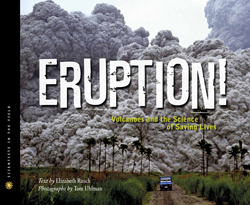 On the other hand, Eruption!: Volcanoes and the Science of Saving Lives (Scientists in the Field Series)

, is all about the blast. Written for ages 10 and up, this book follows the experiences of USGS volcanologist John Pallister and his team from of the Cascades Volcano Observatory as they participate in VDAP or the Volcano Disaster Assistance Program. VDAP is an international effort to provide assistance to any country impacted by volcanoes that asks for help in monitoring and predicting eruptions. The program was formed after the deadly eruption of Colombia’s Nevado del Ruiz in 1985.

Rusch reveals how VDAP works by closely following the heart-pounding, nail-biting events of the Mount Pinatubo volcano eruption in the Philippines. She shows the science of positioning and monitoring seismographs, determining  gas content and amount of ash, and even how satellite images can help predict when the next volcano will erupt. The case study also demonstrates that human responses to orders to evacuate are almost as unpredictable as the volcano itself.

Elizabeth Rusch has shown she has done her research and also that she is a versatile children's writer. Looking for information on volcanoes? Wanting to learn more about the science and scientists behind volcano eruption predictions? Elizabeth Rusch has the books for you!

Let's investigate some hands-on science activities inspired by the book:

Pumice rocks are lava from volcanoes that has cooled so quickly that they often contain pockets where air bubbles had been.

Examine the rocks and predict whether they will float or sink. Fill the container with water and then place each rock in the water to see what happens.

If you can't do this in real life, try this virtual rock floating test at Science Kids.

For older kids, add a lesson about density.

I almost skipped this one, because it is so overdone, but then realized that just because we adults find it has lost its novelty, doesn't mean kids who haven't done it should miss out.

a. Make a volcano cone.

This can be a simple as a mound of sand in the sandbox, or an elaborate cone made out of clay, paper mache, or a variety of other materials. Embed some type of container in the cone, such as a plastic bottle or cup to contain the reaction chemicals inside the cone.

b. Gather red and/or yellow food coloring (optional), baking soda and vinegar and some measuring containers. If you have a group of kids, go for the mega-store sizes, because you will be doing this again and again.

c. Have the children measure some baking soda into the container at the center of the cone. The amount will depend on how big your container is. You can adjust after you try it a few times. Add the a few drops of each food coloring to give an orange lava color. When you are ready pour the vinegar into the container with the baking soda. Be prepared to jump back if necessary.

This video shows an example. Science Bob suggests adding dish detergent to the mix, for more foaming action. Although he says to pour in the "water," I think it is probably vinegar. Of course you can try it with water, too, just to see if it works.

Now I'm going to share our family's top secret volcano formula. Instead of baking soda and vinegar, we use elephant's toothpaste. The reaction is slower, but lasts longer and gives off real heat!

Do you have another way to dress up the standard volcano eruption demo?

Need pumice? You can find pumice at rock shops, some science educational supply catalogs and even online at Amazon:

Disclosures: Volcano Rising was supplied by the publisher for review. Eruption was from our local public library. I am an affiliate for Amazon, and if you click through the ad and make a purchase, I will receive a small commission at no extra charge to you. Proceeds will be used to maintain this self-hosted blog, as well as to buy more vinegar and baking soda 🙂

Our post today was inspired by the Let's Rock series of books, as well as a visit to the Flagg Gem and Mineral Show that is being held in Mesa, Arizona this weekend (Jan. 6-8, 2012). The show is a great place to take kids, with a lot of child-friendly booths.

About the Let's Rock series books (which just came out in paperback this month):

1. Crystals by Richard Spilsbury and Louise Spilsbury explains what crystals are and how they form. The text includes mini-biographies of scientists who made important discoveries about crystals, and also includes hands-on activities, such as panning for crystals and growing your own crystals. It is packed with fascinating information.

Crystals are minerals that form in such a way that they reach their optimal shape, often having clearly defined sides, corners and edges. Crystals either grow from magma as it cools, or form when water containing loads of dissolved minerals slowly evaporates. The types that come from water may form at the surface or in caves deep underground. The book has an amazing photograph of gypsum crystals that formed in a cave that are so big they dwarf the men climbing on them (or you can see the photograph at National Geographic). 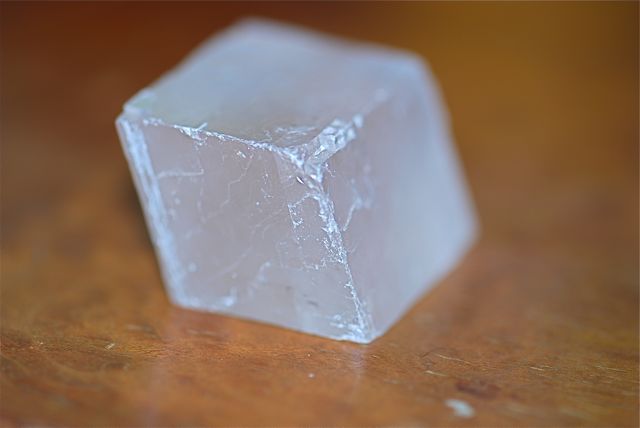 This is a calcite crystal my son got at the show. Calcite is an abundant mineral, probably the most common. It comes in a variety of colors and shapes. Some forms, such as the pink calcite here, may flouresce under UV light and phosphoresce (continues to glow) after it has been in the sun.

A. Test to see if a crystal contains calcite

You can tell if a crystal contains calcite by applying a few drops of an acid to the surface. Calcite will release carbon dioxide gas when treated with an acid, causing bubbles to form.

You can see the results in this video:

B. Open a geode

A geode is hollow roundish-shaped rock that often contains crystals. Obtain a geode from a rock shop, show or online and then crack it open. Note:  It's always a good idea to wear eye protection when using hammers on rocks. Once you know what a geode looks like, keep you eyes open for naturally occurring ones.

(Growing with Science is not affiliated with the sponsor of this video.)

Edit: Or you can make a homemade geode. 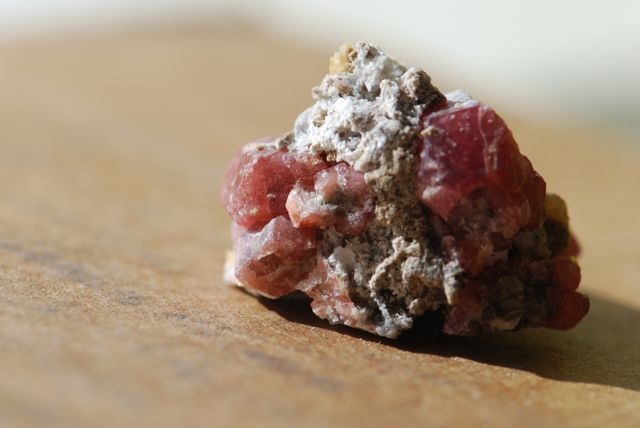 Can you spot the garnet crystals in this rock?

Grow Spikes of Crystals in the Sun at Exploratorium

2. Fossils by Richard Spilsbury and Louise Spilsbury discusses how fossils form, where they are found, and also gives instructions for making your own trace fossil using plaster.

Budding geologists are going to love this fact-filled book.

As a biologist who studies living creatures, I find myself drawn to the fossils. I added a few to my collection yesterday, although I left behind a lovely trace fossil of spider footprints that was very cool!

One of the booths at the Gem and Mineral show had a bin full of sand filled with small fossils, which is a fun searching activity for young children.

Place the sand in a bin or sandbox. Mix in sample fossils and let the children hunt for them. If your children are interested in dinosaurs, a few small plastic dinosaurs might be a fun addition, too. 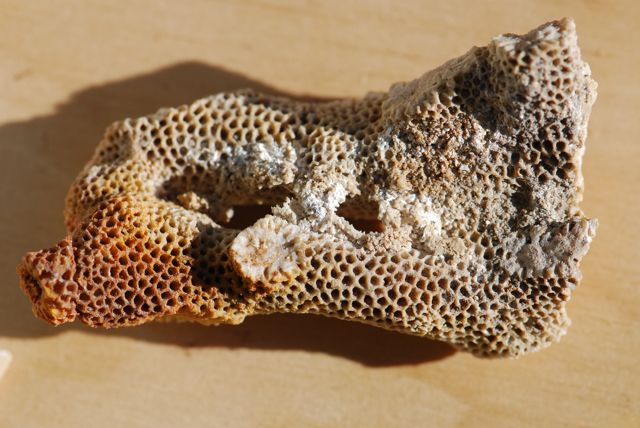 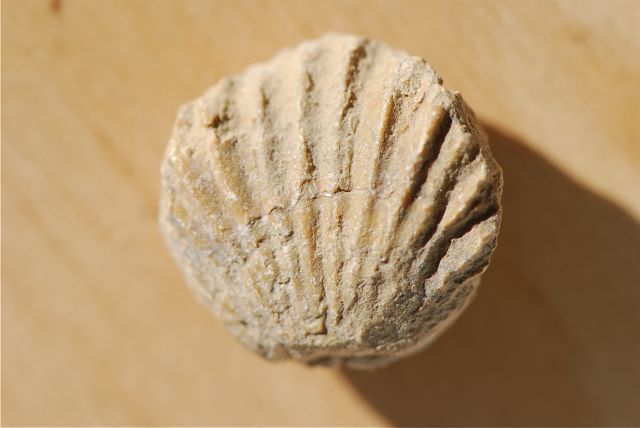 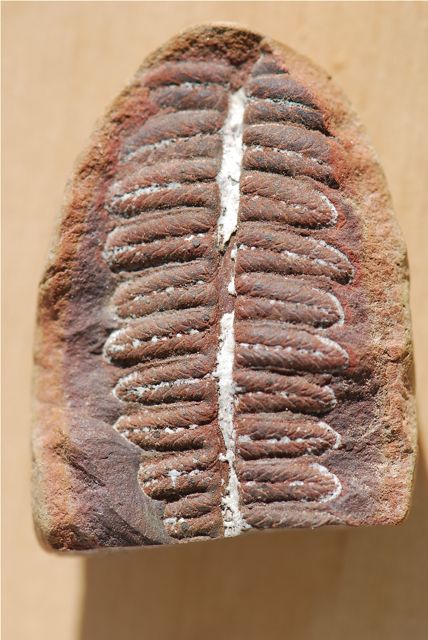 Other posts with related activities:

Archelon and Other Fossils

3. Metamorphic Rocks by Chris Oxlade examines what metamorphic rocks are, how they form and some common types. The book contains instructions for making a model metamorphic rock out of clay and chocolate, as well as suggestions of books and websites where you can find out more.

Rocks are grouped into three types:  igneous, sedimentary and metamorphic. Metamorphic rocks are formed when the other two types, igneous or sedimentary, are exposed to extremes in temperature and/or pressure, or sometimes chemicals (especially in hydrothermal solutions). Typically this occurs deep within the earth.

Metamorphic rocks often have bands or layers of color where the mineral segregated during formation.

For example, see the bands in this sample of gneiss, a metamorphic rock: 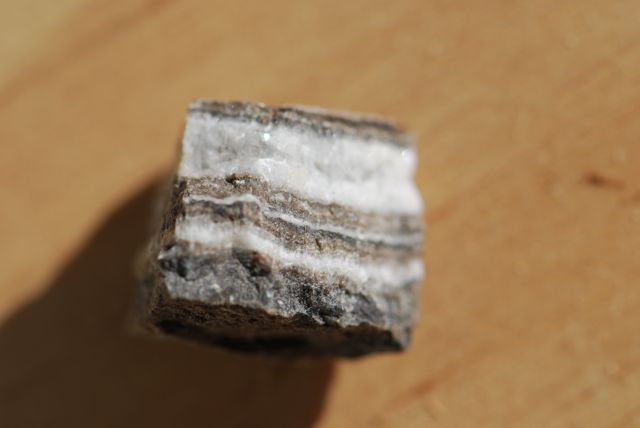 One of our favorite demonstrations of how metamorphic rocks forms is a machine at Arizona State University that turns ordinary table salt and pepper into a hard rock. How? The secret is that the machine applies a good deal of pressure and the two substances meld together. It is very cool! We saw this at the Earth and Space Exploration Day.

Common metamorphic rocks include marble (from limestone), slate (from shale), quartzite (from sandstone), gneiss (often from granite) and schist. See page 17 in the book for hints for identifying each type.

Because metamorphic rock is often harder than other types of rocks, it is used for buildings and statues. Look for slate or marble floors, marble statues and headstones, slate tiles, quartzite blocks, counter tops etc. in public buildings near you.

Leave us a comment and let us know what you find.

Found out more about rocks and minerals

by Richard Spilsbury and Louise Spilsbury

by Richard Spilsbury and Louise Spilsbury

Books were provided by publisher for review purposes.

We have a lot of intriguing things to see in Arizona, especially for families interested in rocks, geology and earth science.

The Petrified Forest National Park is an excellent example. It is found in the northeastern area of the state. 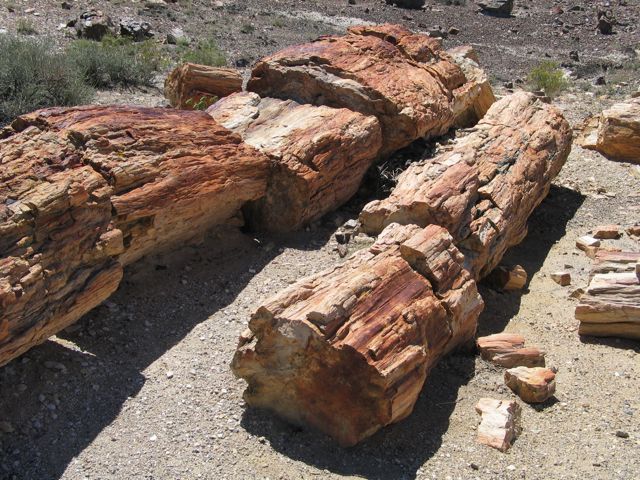 The visitor is greeted by great logs that look like they have been carved from stone. 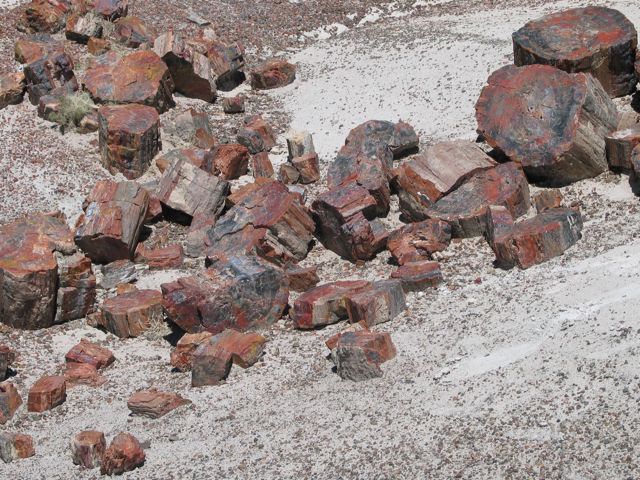 The different pieces come in a rainbow of colors. 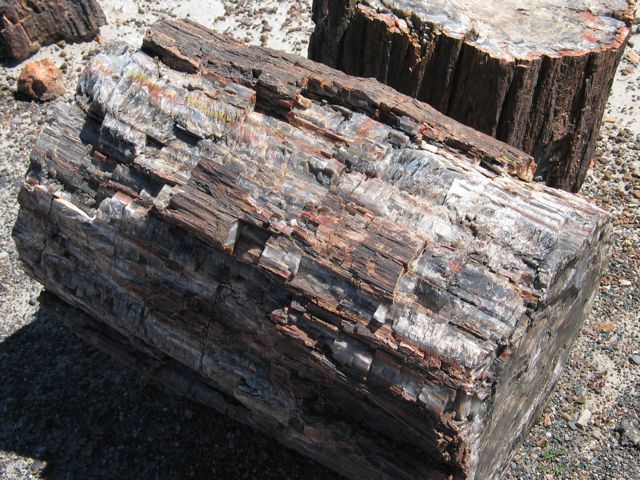 You soon learn that petrified wood forms under special circumstances that allows minerals to seep into the cells of the wood and harden. Iron oxide makes the petrified wood look red or orange (rusty), whereas manganese oxide produces blues, purples or black. Other compounds may cause the petrified wood to be greenish or yellow.

If you have a piece of petrified wood (often available at rock shops), look at it with a hand lens. See if you can identify the tree rings, or other structures that were parts of the original tree. A few of the logs we saw had remnants of bark.

Sometimes you can identify the  type of tree the wood came from. For example, the Texas State Stone is petrified palmwood, coming from a petrified palm tree. (Technically a fossil, petrified wood is also Arizona's state fossil.)

For more information and activities, try:

Rockin’ Through the Ages: From Fossils to Petroglyphs Curriculum at the Petrified National Park website (free .pdf files) Examples include making a personal timeline. Fun!

Petrification cycle activity (activity is towards the bottom)

Have you ever been to the Painted Desert?