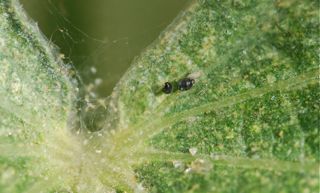 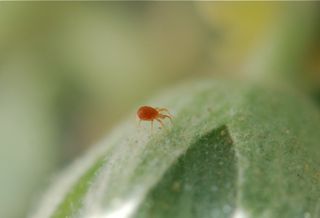 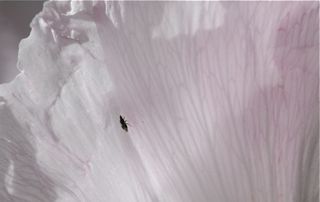 It is great to see all the beneficial organisms having a banquet of spider mites. And I didn't have to do anything except watch the show. 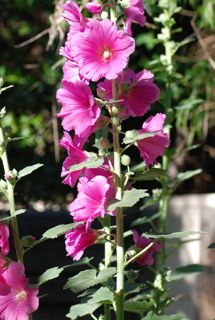 Shiny metallic-green flies were resting on the leaves this morning. 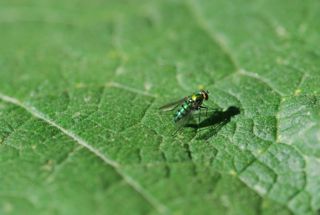 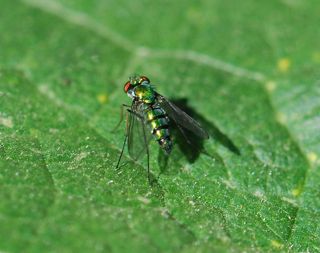 Any ideas what they were doing?

Called long-legged flies, the small green flies are predators waiting to catch other insects for food. 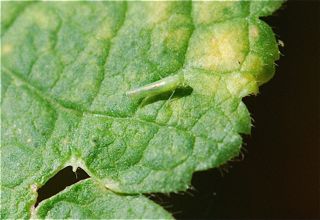 Tiny, pale green leafhoppers like this one are a meal for long-legged flies.

Another fly I found isn’t quite so welcome. 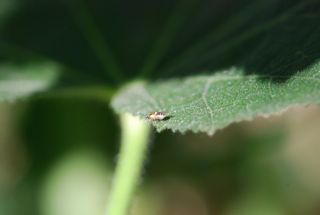 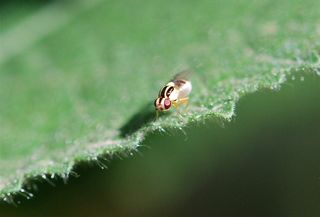 This tiny yellow and black fly is an adult leafminer. The fly will lay its eggs in the hollyhock leaves. The larvae will feed between the upper and lower surface of the leaf causing a winding light-colored tunnel. Fortunately the damage is relatively cosmetic (looks only). 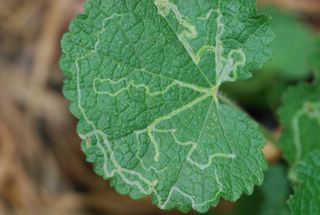 Other creatures already hard at work on the bottom leaves of some of the plants are spider mites. 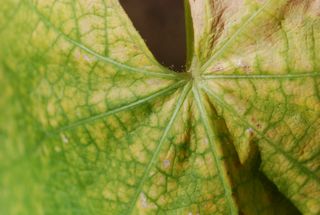 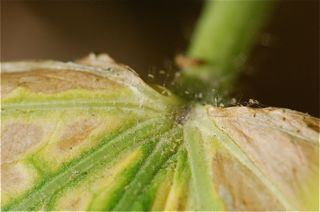 The spider mites make fine webs like spider webs, hence the name. In our hollyhocks, the mites quickly build up, causing the leaves to turn yellow and die.

Hopefully, some predators will show up that eat spider mites. Here’s a sign that at least one predatory insect is about to make an appearance. Do you know what the stalk is? 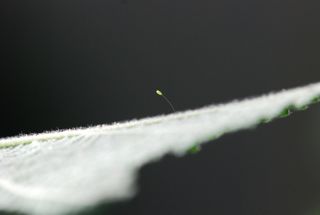 I'll give you a hint:  it is on the underside of the leaf (I flipped it over). 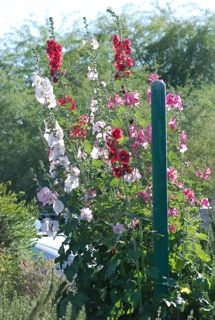 This bug of the week raises more questions than it answers. 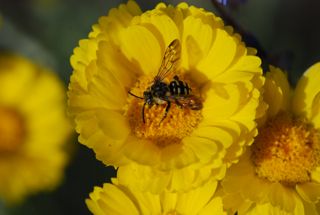 It is yellow and black. Is it a flower fly? 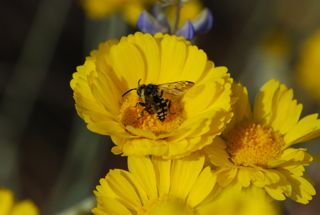 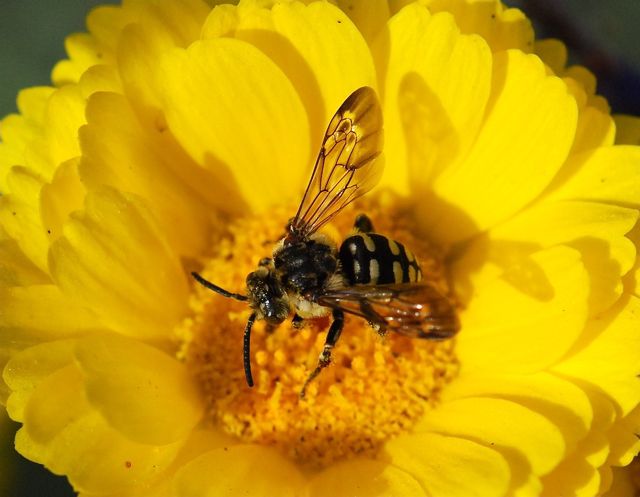 A close-up shows it has four wings and a fuzzy body, which makes it a bee.

Now, what kind of bee is it?