As Sara pointed out, our mystery seeds from last week were from a shagbark hickory, Carya ovata. 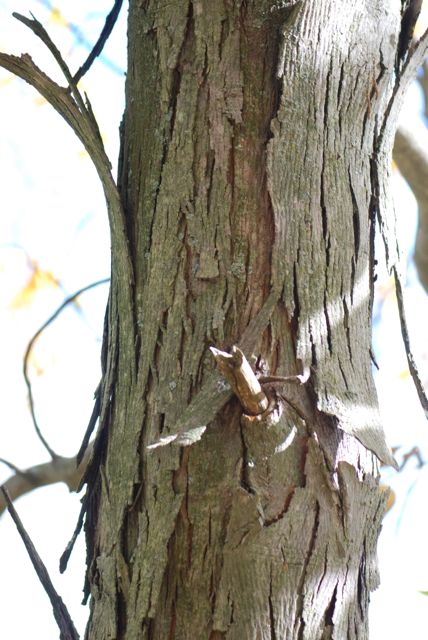 Shagbark hickories are easy to identify because, as their name suggests, the trees have bark that peels off in patches. 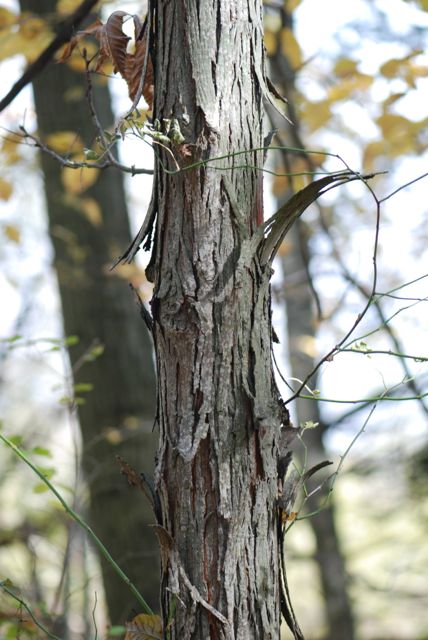 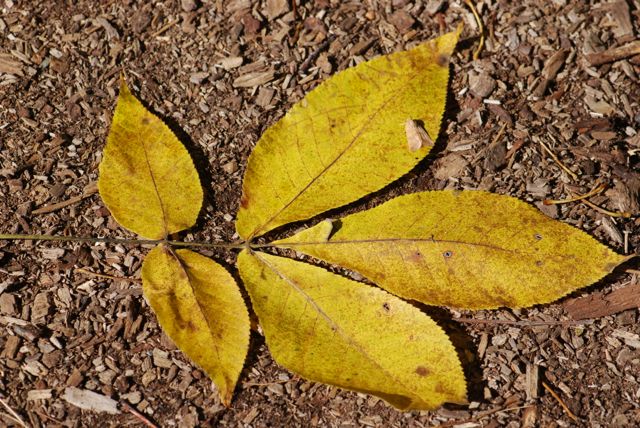 The leaves are pinnate, with five leaflets. 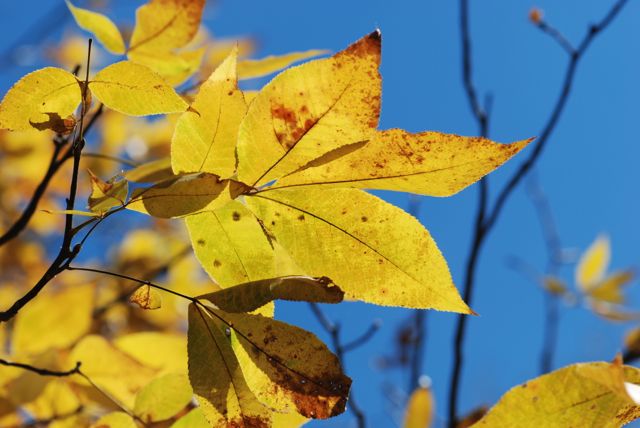 They turn a lovely yellow color in the fall.

Here is a short video that gives more details about how to identify a shagbark hickory.

As the video mentions, the hickory is prized for its wood. 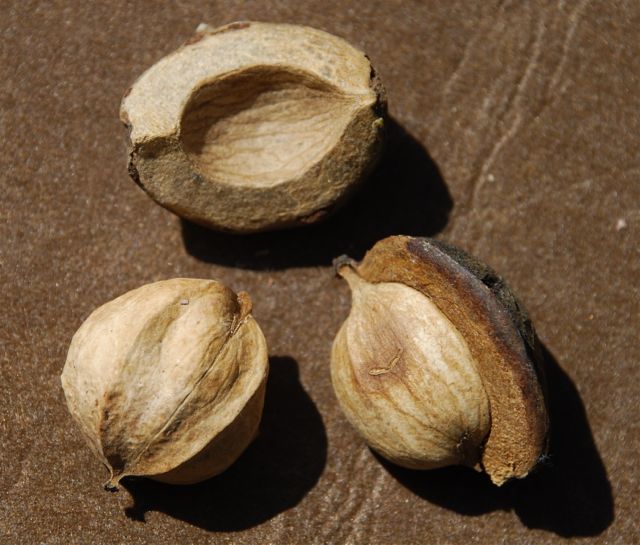 The nuts are found in a thick husk, which opens as they ripen. Although the "nutmeats" inside are fully edible, the shells of the nut are tough and it is hard to remove the seeds inside. That is probably why shagbark hickories aren't grown for commercial production like their cousin the pecan, Carya illinoensis. If you work at it, however, the resulting nuts are worth the extra effort. Hickory nut cakes and pies are delicious!

People also make shagbark hickory syrup. Apparently the syrup is made from the bark rather than the sap, at least according to some websites like this one:  Making Shagbark Hickory Syrup.

Have you ever eaten hickory nuts or hickory syrup? Do you have a favorite recipe?