Have you ever wondered where click beetles (Order Coleoptera, Family Elateridae) come from? After all, they are beetles, so they must have a larval stage. 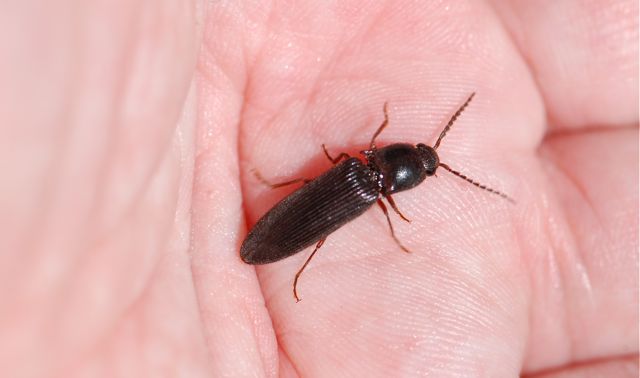 The larval stage are called wireworms. They live in the soil, often in sod. 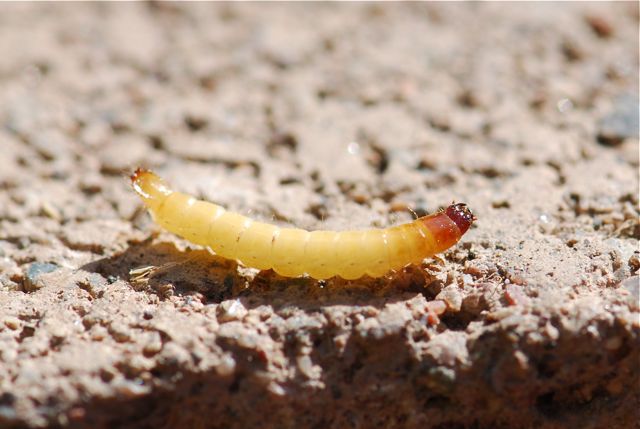 Here's an example of a wireworm. We dug up from the soil. The reddish-brown end to the right is the head. 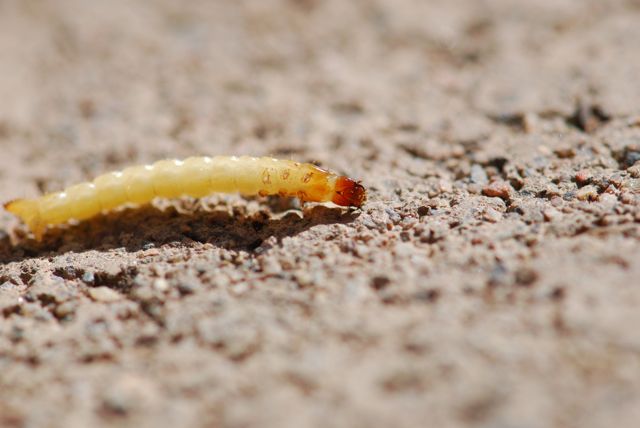 In this photograph, the wireworm has been tipped on its side so you can see the three tiny pairs of legs on the thorax, which is the part right behind the head. At the other end (end of abdomen) is a single proleg. 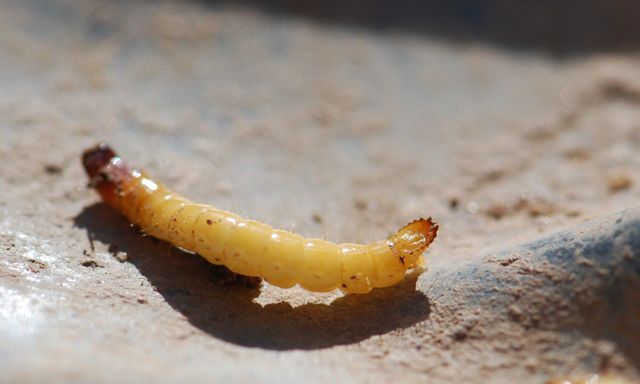 The end of the abdomen is towards the right in this photograph. This species has a flattened area above the single peg-like proleg. 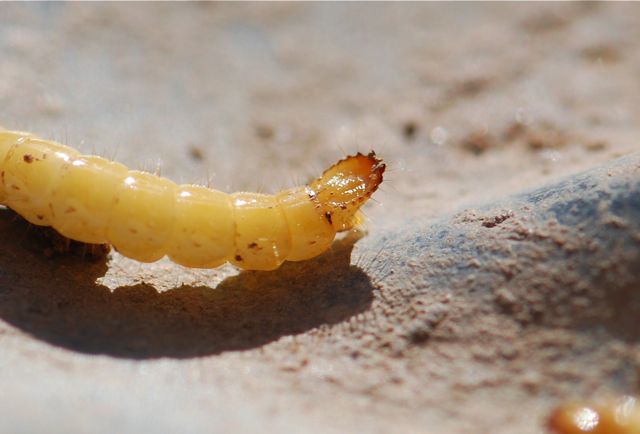 The flattened area has numerous hairs, so it probably has a sensory function, although it also looks a bit like a second head.

It is amazing what you see if you (dare to) look closely. 🙂

You would think that with over one million species of insects on the planet, it wouldn't be difficult to come up with a new one each week. Some weeks are easier than others. This was not one of them.:-)

I did manage to find this small click beetle, though. I can tell it is a click beetle by the shape of the thorax (the middle segment of the body). It has two spine-like projections on each side.

I could also tell it was a click beetle because it does this when it is placed on its back. 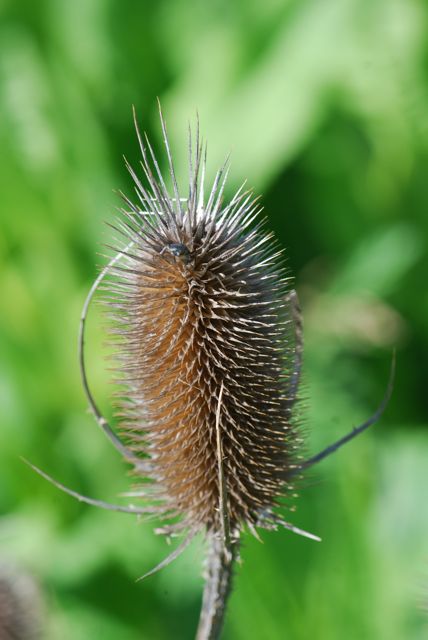 What is that on the top of this teasel? 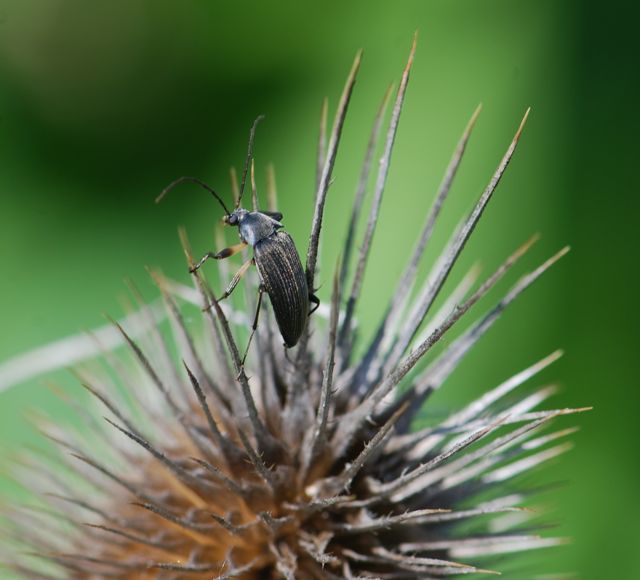 Doesn't the world look different from a beetle's perspective?

What do you think it is doing?