What has happened to Bug of the Week? Where has it been? This summer and fall it has been excessively hot and dry. The heat and lack of water has been hard on the trees, hard on the insects, just plain hard.

This week, however, there's been a break in the weather.

It's great to be back.

Have you found any insects where you live this week? 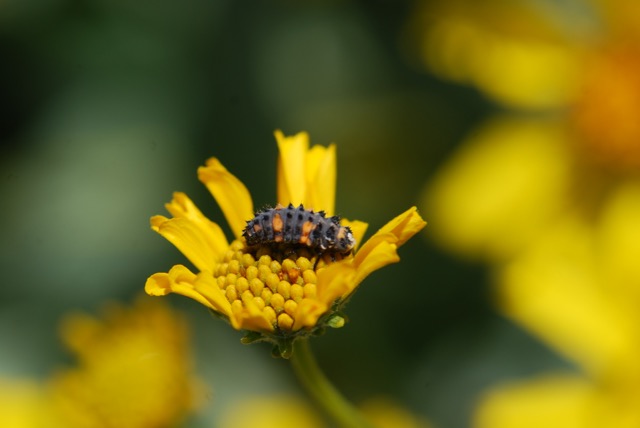 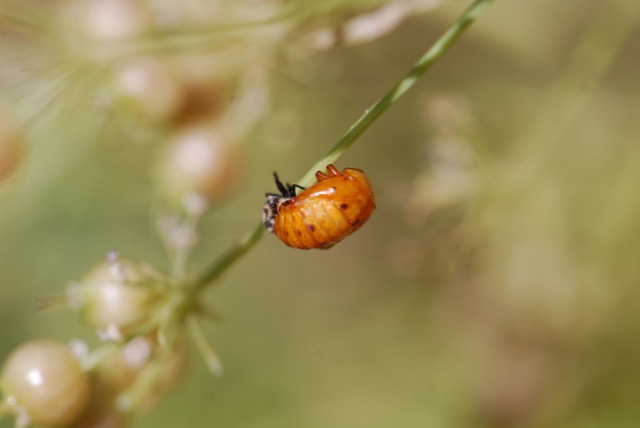 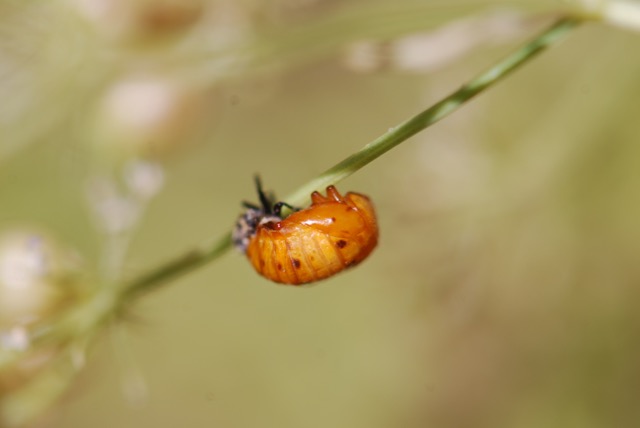 This is a lady beetle pupa. Is you look really closely you can see the shed exoskeleton of the larva at the point of attachment. 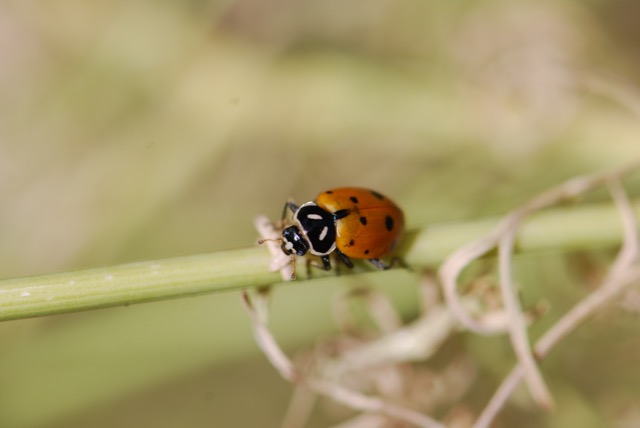 What kind? Those are convergent lady beetle pupae. Last night this stem had a pupa. Today it has a new adult beetle. Can you see the converging white lines on the thorax that gives it the common name?

If I could only find a few eggs, but it is likely these new adults will migrate to the mountains. Maybe next year...

it is another case of "if you plant it, they will come." 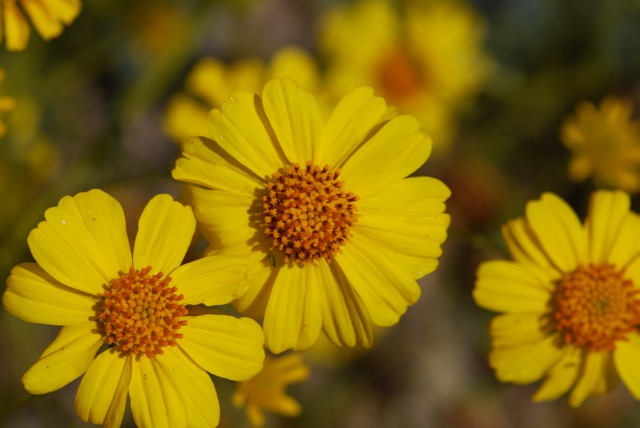 Many pollinators use the flowers as a source of nectar and pollen, including honey bees, butterflies, and flower flies. 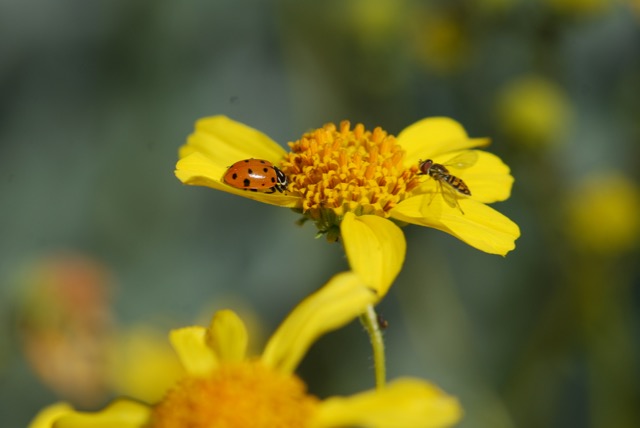 In addition to the dainty little flower fly on the right, this flower has another visitor, an easily recognizable one. It is a lady bug, or more accurately lady beetle, of course. 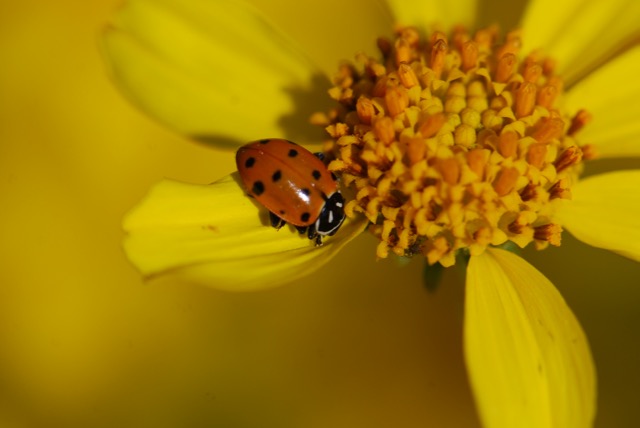 Many of the flowers had lady beetles sitting on them. Why?

It is well known that lady beetles can supplement their diets with flower pollen, but these plants also offer something else. 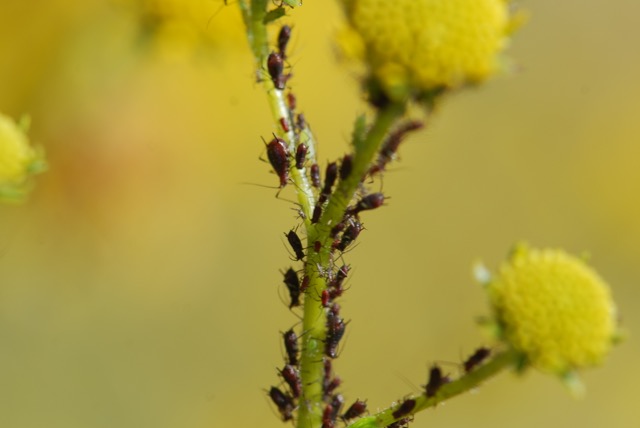 Lady beetles are mostly aphid specialists. The larvae eat many aphids per day. The aphids feed on the brittlebush, which in turn feed the lady beetles. 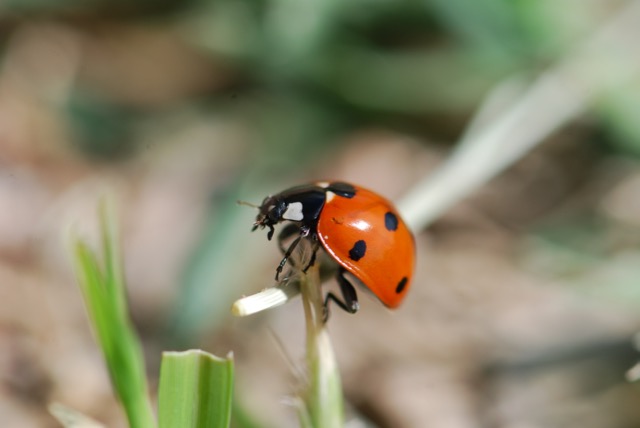 The plants actually support two kinds of lady beetle. In the above photograph is the seven-spotted lady beetle, Coccinella septempunctata. Common in Europe, it was introduced to North America in the last century. As the name suggests, it has seven black spots on its forewings. 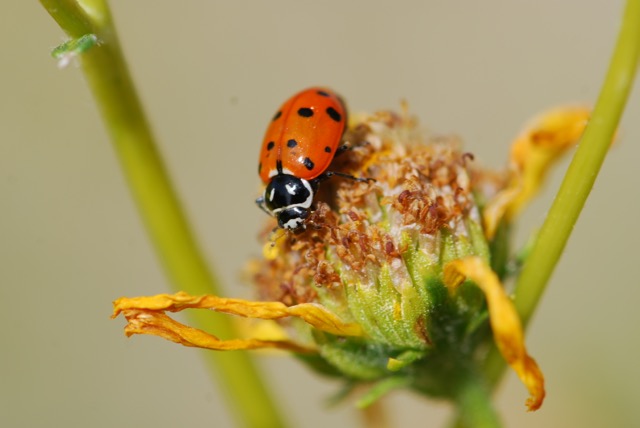 The species we encountered first is the convergent lady beetle,  Hippodamia convergens.  Native to North America, you can tell these beetles by the two "converging" white lines on the back of the thorax. 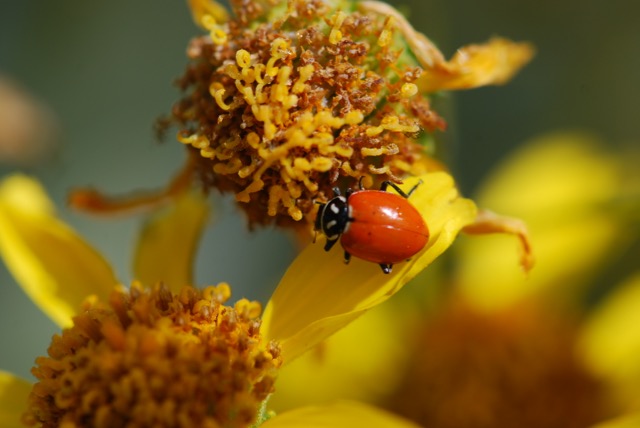 The number of spots on the wings of convergent lady beetles varies a lot and sometimes the spots are tiny/nonexistent like on the beetle in the photograph above.

Now you are an expert, can you figure out what species of lady beetle is featured in the header of this blog?

Where did the lady beetles come from?

Aphids are cool season insects, so here in the low desert they arrive in late winter and early spring. By summer the aphids are gone and so are the lady beetles. The beetles fly into the mountains where they may complete another generation and/or form large aggregations to overwinter. When temperatures begin to warm, they fly back to low lying regions to start the cycle again.

The bottom line is that without the brittlebush and without the aphids, we wouldn't see lady beetles.

Are there flowers in bloom where you live?