We found the seeds for mystery seed last week in an unusual place. I noticed that the dried catnip (Nepeta cataria) we had purchased looked like it contained some flower calyxes. 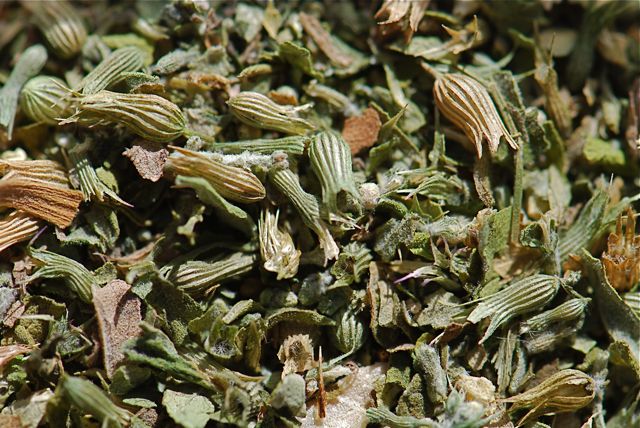 The calyx is a tube-shaped structure formed from the sepals around the bottom of the flower. Curious, I tore open some of the brown ones (I assumed those were more mature) and sure enough there were seeds inside. 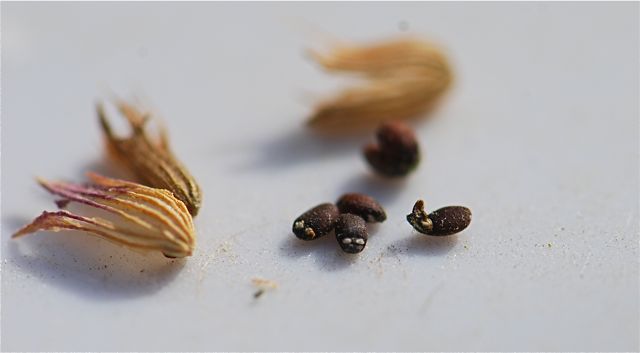 The seeds were in a cluster. As you can see from this painting by Jacob Sturm from 1796, the seeds are known to have two white marks. 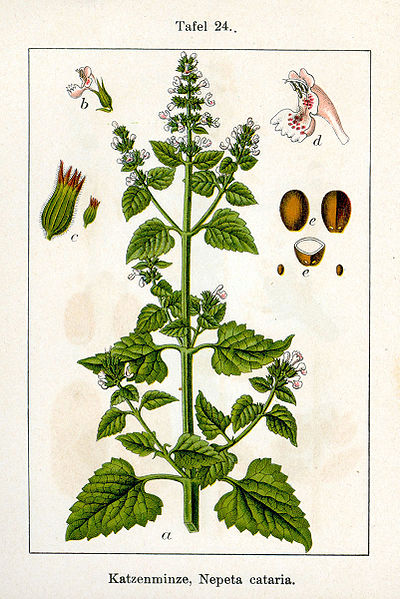 (Image was downloaded from Wikipedia) 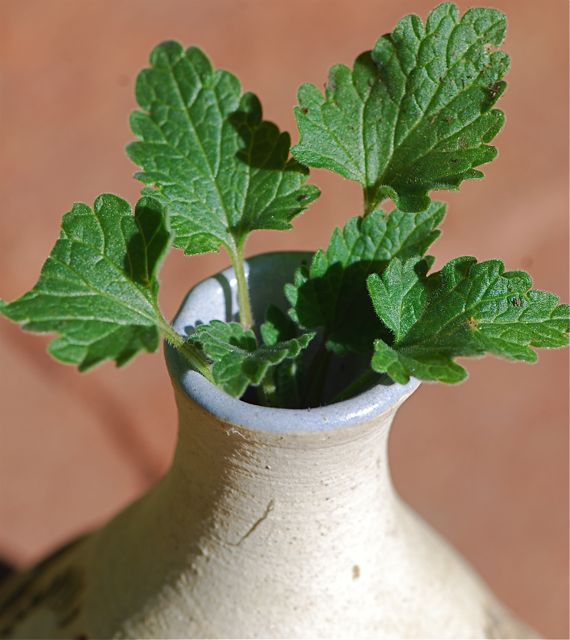 Catnip plants belong to the mint family, and thus have the characteristic square-shaped stem. They are originally from Europe, but were carried to North America by colonists (probably with their cats 🙂 ). Now they readily grow wild from seed and can be considered to be a weed. 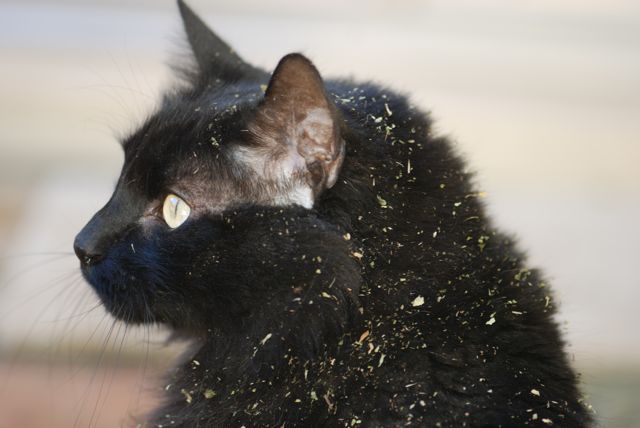 The plants get their name from the fact that many cats find the plants attractive, like this one that rolled in the dried catnip I had set out to photograph. Scientists have discovered a chemical in the plant, nepetalactone, is what attracts the cats. The same chemical is a proven insect repellent. Guess that cat won't have fleas or mosquitoes now.

The next step is to find out whether the dried seeds are still viable.

Have you ever grown catnip? Does your cat like catnip?