Our mystery seeds from last week are from a plant that is widely-grown, but is rather a specialty crop:  tobacco, Nicotiana sp. 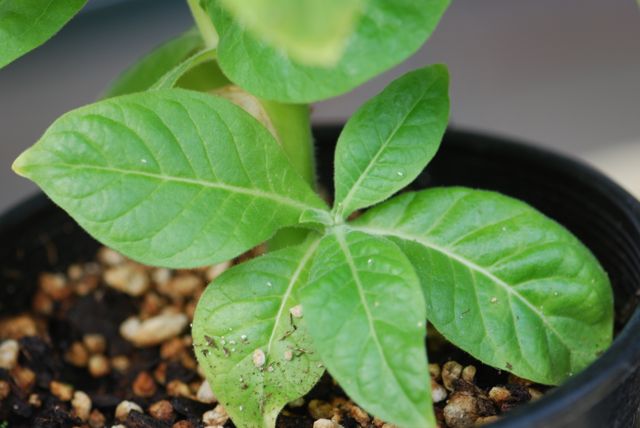 Nicotiana tabacum, or cultivated tobacco, is the plant most people associate with tobacco. It is usually grown as an annual, although it is a perennial species. 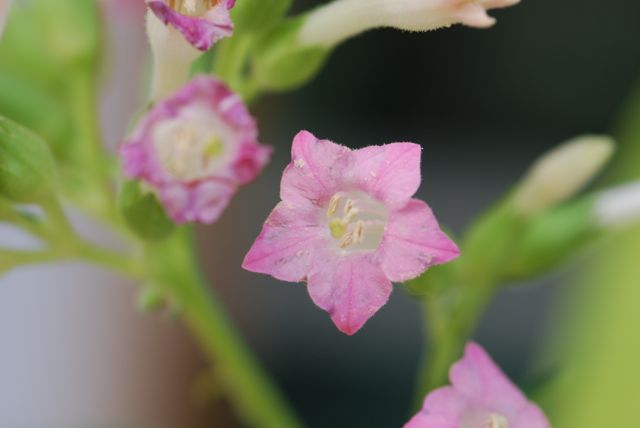 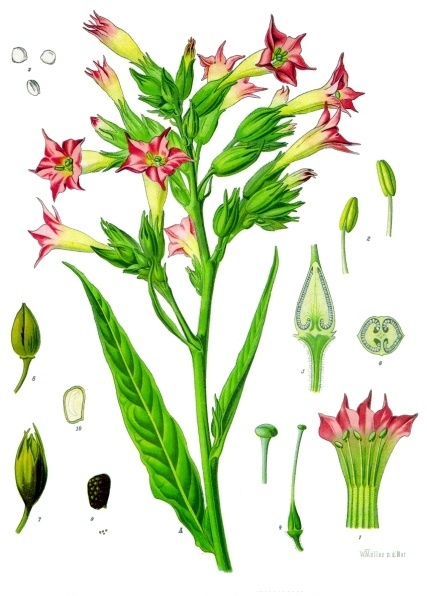 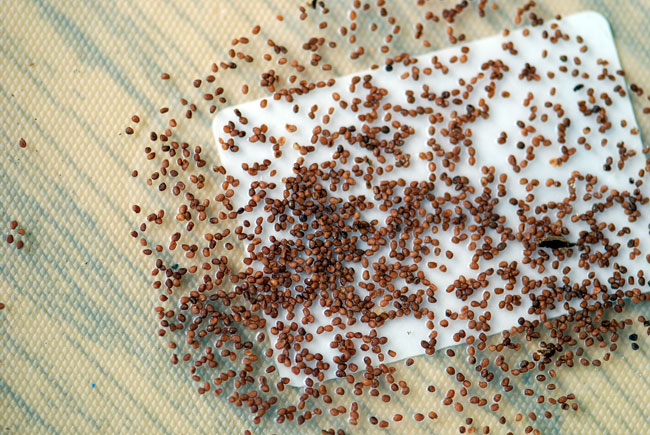 These little seeds can grow into a plant eight or more feet tall.

The plants in the photographs above were being grown for research. In fact, the tobacco plants that may be condemned as a crop turn out to be a secret weapon in research labs. They are considered to be model plants because they are easy and fast to grow, plus they have qualities that make them ideal for certain types of experiments.

A relative from northern Australia, Nicotiana benthamiana, is also used extensively in research labs throughout the world. Because it is so easy to infect with plant diseases, it is widely used by plant virologists and pathologists (reference). Its genome has also been well-studied, making is useful for genetic experiments.

It turns out tobacco is the fruit fly and lab rat of the plant world. All in all, tobacco is a plant that is full of contradictions.