The wildflowers are in full bloom here and begging to be photographed. 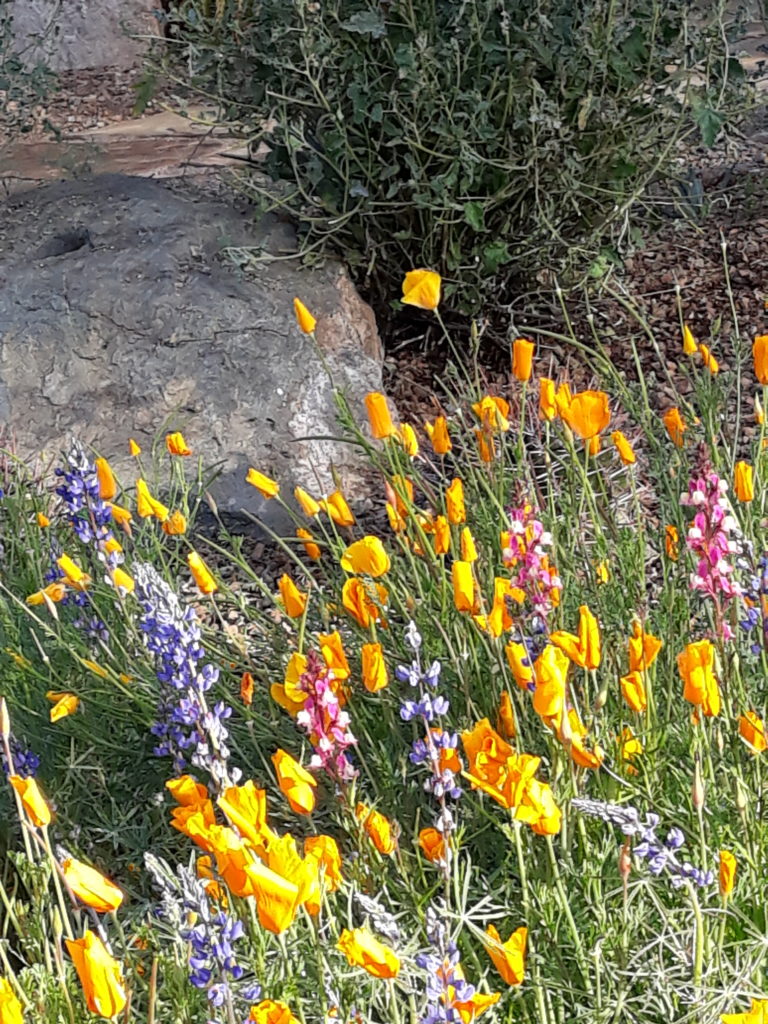 Many are bold and brilliant. 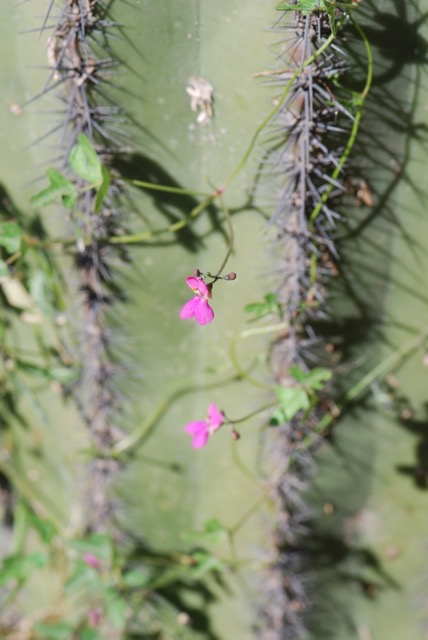 Others, like this Phaseolus vine climbing on a saguaro, are more subtle. 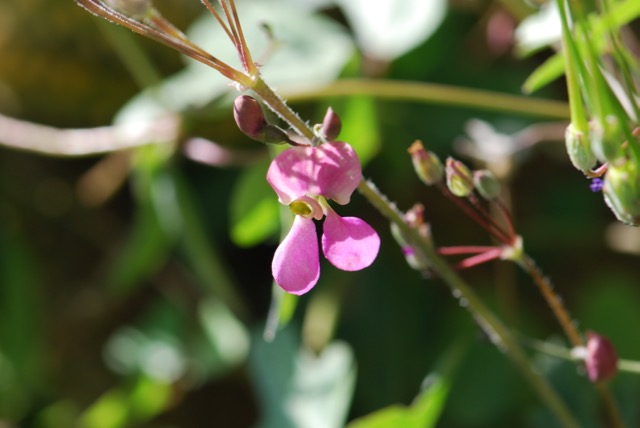 These plants are related to tepary beans and string beans.

The flowers have an interesting structure and it made me curious about what pollinates them.

Looking it up, it turns out that beans, etc. are self-pollinating. 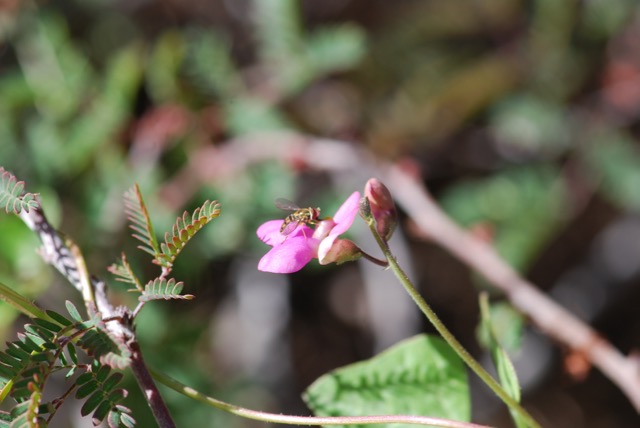 Does this flower fly know that? 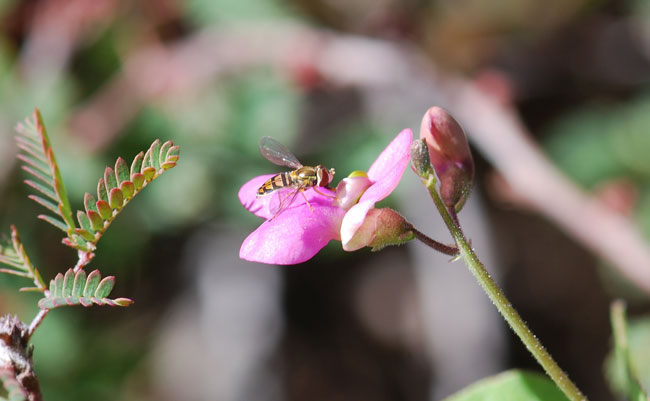 Or maybe it just wants to be pretty on pink.

Our oddly bumpy mystery seeds from last week were from a vine in the bean genus Phaseolus.

Here in the Southwest, there are a number of native vines in the genus Phaseolus that are related to the tepary bean, Phaseolus acutifolius var. tenuifolius. 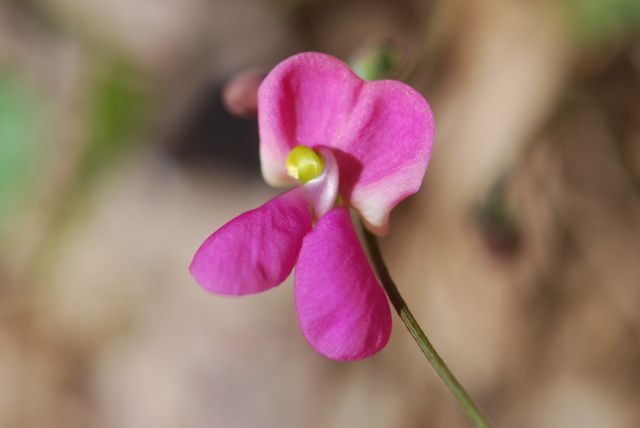 They all have lovely pink flowers that look alike. 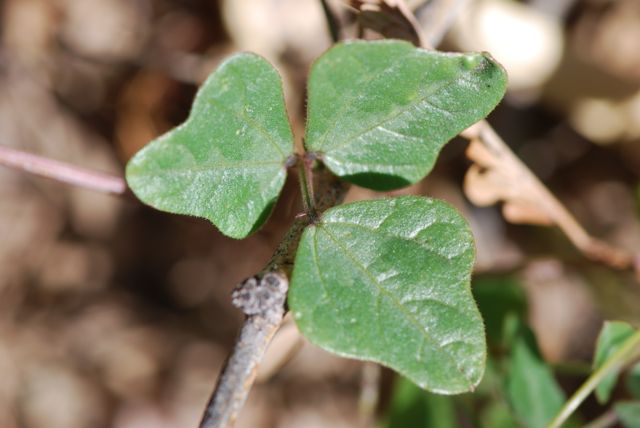 They all have trifoliate leaves that can be lobed during part of the season, 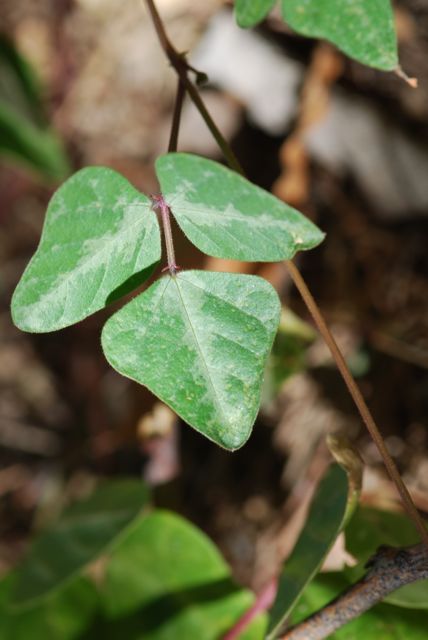 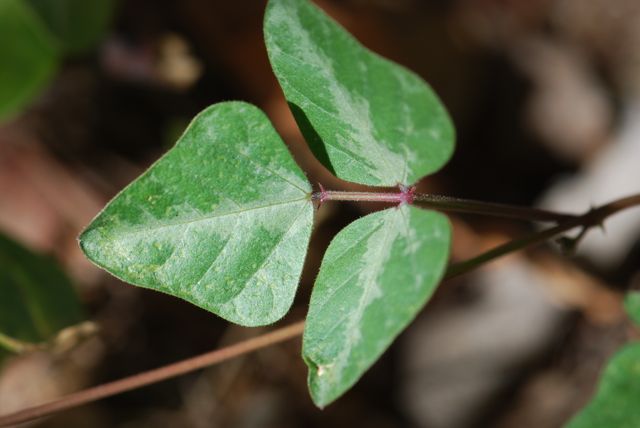 This particular plant had a pair of small spines behind the center leaflet. 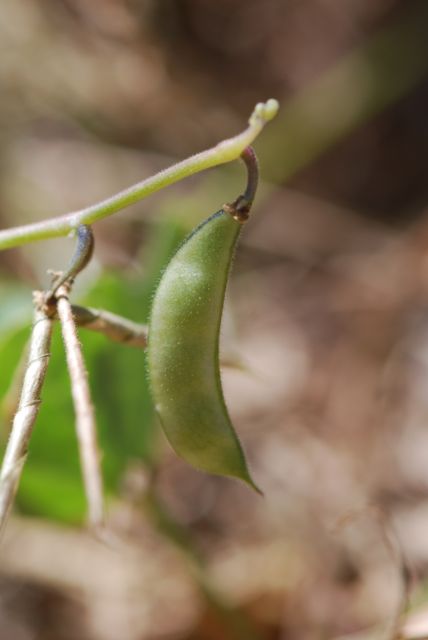 As with their other beany relatives, the seeds are produced in small pods.

It appears that the taxonomy of this group is still being worked out. 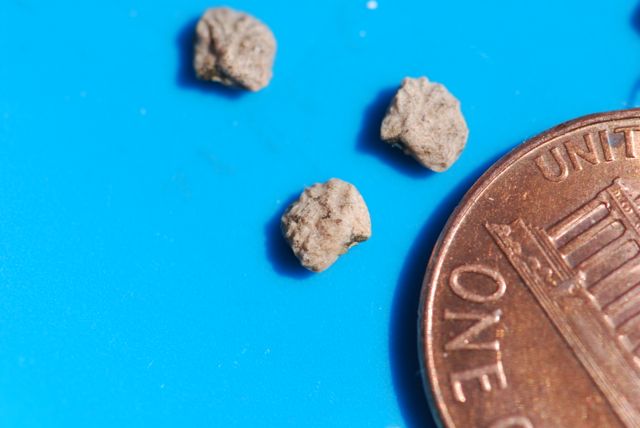 The seeds resemble the drawings of tepary beans found at wildflower.org.

Other possibilities include the Sonoran bean, Phaseolus pedicellatus.

So, it appears that the plant that we found growing in our yard is still a bit of a mystery.

Do you know what species of Phaseolus this is?

Note:  The common green bean, Phaseolus vulgaris, is also native to the U.S.