Remember the green caterpillar that showed us its trachea and heart? 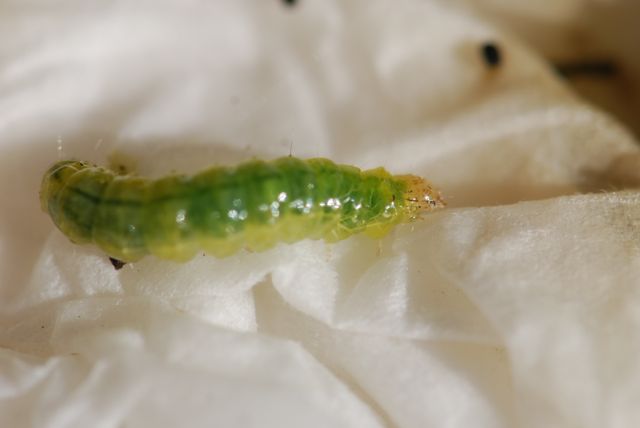 It has been going through some changes. 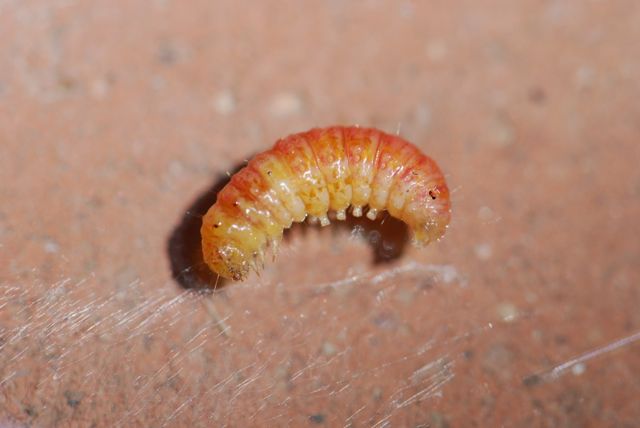 One morning it looked like this. No worries though. 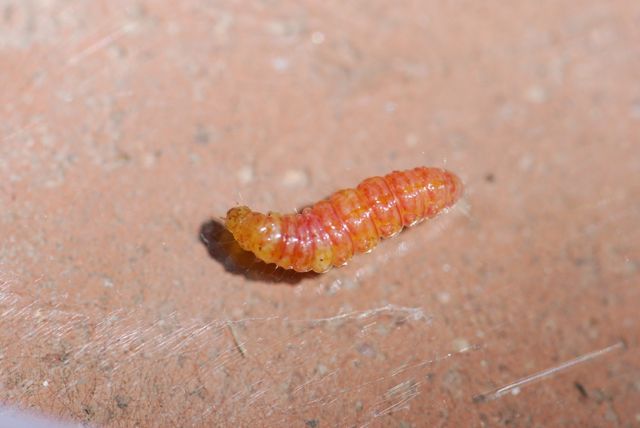 There's nothing wrong with it. The green caterpillar has entered the phase of the life cycle called the prepupa. It was ready to change into a pupa. 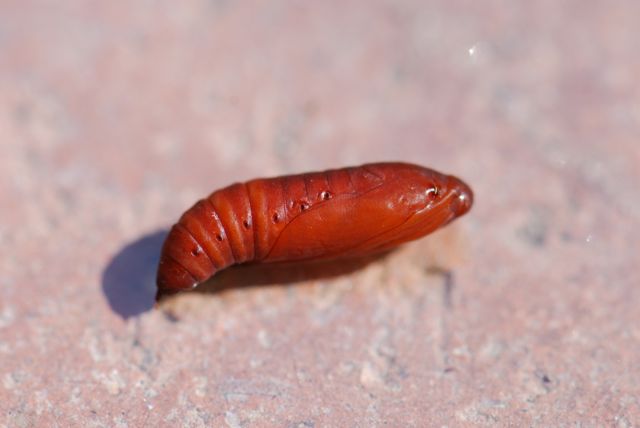 Sure enough, the next day it had pupated. Can't wait to see what the moth looks like.

Too bad the pupa isn't see-through like the caterpillar was, so we could see the changes happening inside.

Aside:  Every year we expect to hear cicadas around Father's Day. Sure enough, Father's Day was Sunday and we heard our first cicada on Monday. Talk about sticking to a calendar!

Remember the see-through green caterpillar from last week? I've been studying it some more.

After discovering the air passages or trachea were visible through the exoskeleton, I decided to look for other internal features. 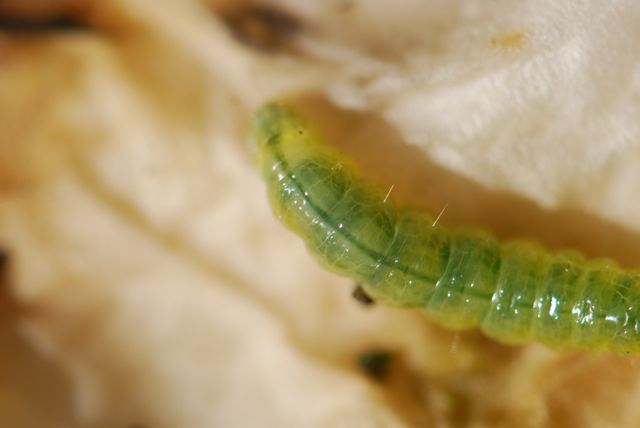 What about the dark green line in the middle of the back? (Photograph was taken looking down at the caterpillar.)

You might think that was the intestine, but I happen to know that the "heart" in insects is a long tube running through the dorsal surface (back). Could that be the "heart?"

Let's take a look at this video taken from the perspective looking down at the caterpillar from the rear. Watch the green line.

If you look closely, you should be able to see the vessel expand and contract as hemolymph (the insect version of blood) is pumped through.

You might also notice that the pumping is not regular. It starts and stops.

The circulatory system in insects consists of a long tube called the dorsal vessel. The part running through the abdomen is designated as the heart.The aorta is located in the thorax and head.

Unlike ours, it is an open system. The hemolymph bathes the tissues inside the insect. When the heart pumps, the hemolymph moves into the dorsal vessel from the posterior or rear of the caterpillar and flows toward the head end.

Once in the dorsal vessel, the hemolymph exits through openings known as ostia. There the hemolymph goes back into the tissues, carrying in nutrients and moving away wastes.

It was pretty cool to see something I'd learned about in textbooks pumping away in real life.

Have you ever seen an insect heart in action?

Want to learn more? Try this article about the circulatory system in insects at North Carolina State.

You never know what you might discover by looking at a plant. For example, while I was waiting for someone I looked at a shrub in front of a store. I saw signs of caterpillars, so I looked closer. 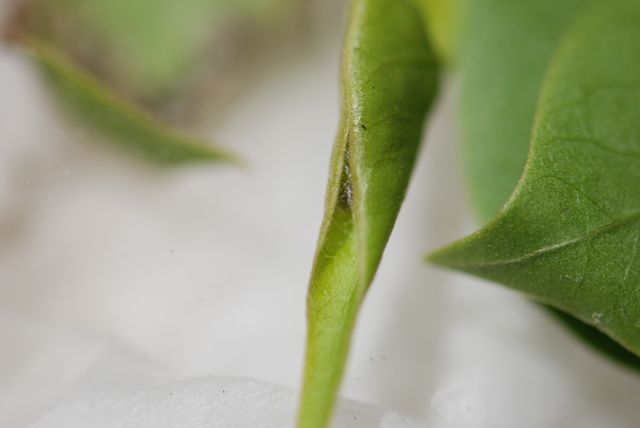 This leaf was rolled up. It looked suspicious. I decided to take a look inside. 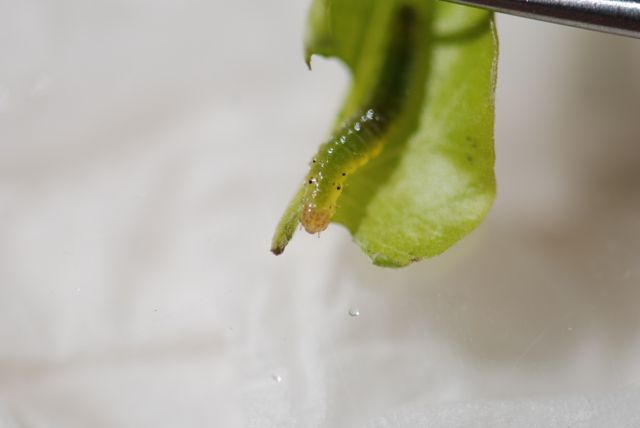 There was a small green caterpillar. 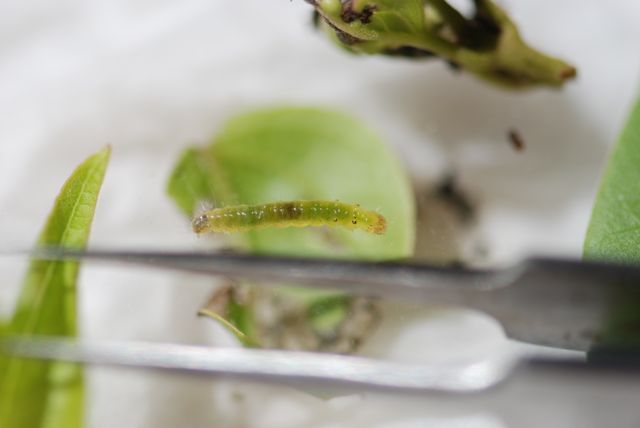 That warrants keeping an eye on it to see what it turns into. I put some leaves into a container with some moist paper towel.

Within a few days the caterpillar more than doubled in size. Its exoskeleton is so clear, you can see what it has been eating. 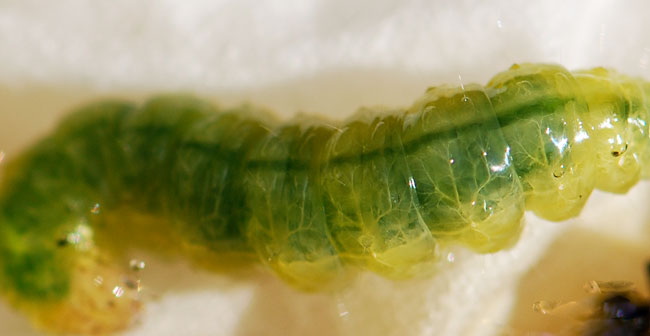 Can you see the white lines that look like tree branches? Those are the tubes that carry air (oxygen) into the caterpillar's body.

The tubes are called trachea and they originate at the round openings in the caterpillar's sides called spiracles. We usually can't see the trachea because the exoskeletons of most insects contain pigments that block our view.

This see-through caterpillar probably turns into a pyralid moth. With some luck, we'll find out what kind in the next few weeks.