This is too much fun. Want to get rid of the stereotype of scientists as stuffy or nerdy? Check out the "Dance Your PhD Contest" where real scientists create a dance based on their PhD thesis.

Here is a contestant dancing her thesis about pulsating stars. Check for more examples on You Tube, or at the links below.

DNLee at Urban Science Adventures also did a wonderful dance. She did a "Microtus Shuffle" based on her thesis work with Microtus prairie voles.

Look for more in depth information at Science Magazine.

While preparing for Thanksgiving, I realized the turkey baster was missing from the kitchen. I knew exactly where it was, however. It was in the bin where I keep all my insect teaching demonstrations. It turns out that a turkey baster is a great tool to show how certain types of insect mouthparts work. That gave me an idea for some weekend science fun that is quick, easy and educational.

Remember the discussion in the cochineal scale post about whether they were scales or beetles, and how different insects possess different types of mouthparts? Studying insect mouthparts can help not only with identification, but also to further understand the insect’s biology.

Chewing Mouthparts - Mandibles
Common insects such as beetles, grasshoppers and caterpillars have mouthparts that are like pruning shears. The jaws, called mandibles, are cutting blades that move from side to side. You can show this by cutting a hole in a plant leaf with pruning shears or scissors. 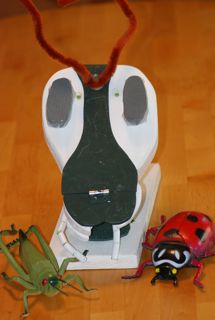 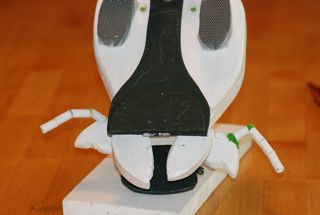 Dr. George Butler made this model of a grasshopper head for me about 15 years ago. The insect's upper 'lip' (that covers the mandibles) is hinged, so it can be pulled up to show the white mandibles underneath. Under the mandibles are the maxillae, which have finger-like projections called palps. The palps taste and move around the food. The lower 'lip' also has palps. It is called the labium. Who knew an insect mouth would be so complicated?

For younger children, a pair of plastic pliers can be a safe and easy example of how mandibles work. 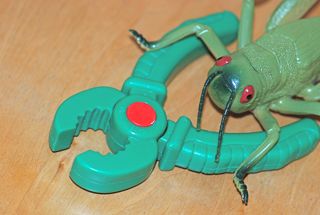 There was a beetle in the picture too. This is what happened to it 🙂 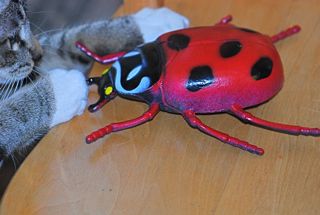 Piercing/sucking Mouthparts - called a Proboscis
A large group of insects, such as mosquitoes, stink bugs and cicadas have mouthparts like tubes that pierce into their food source and suck up the juices. 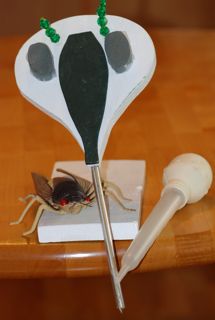 This is a model of a cicada head. 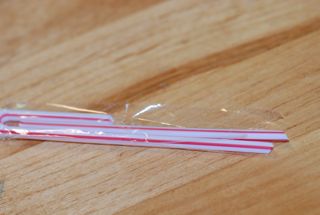 Insert two box drink straws into one wrapper, with the bottom open. Then punch the straws into the drink. You will see that the wrapper folds back the way a sheath would in an insect proboscis. The fluid would flow up not just within the straws, but between them as well. 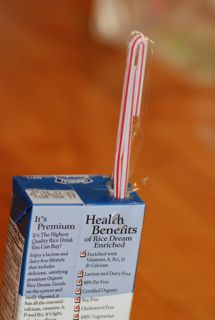 Siphoning Mouthparts
Adult butterflies and moths have siphoning mouthparts that are simply a flexible tube that they slip into fluids, like nectar. When not in use the tube rolls up like a party favor. 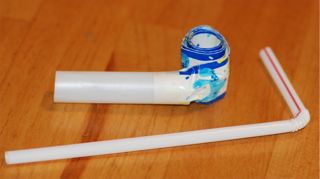 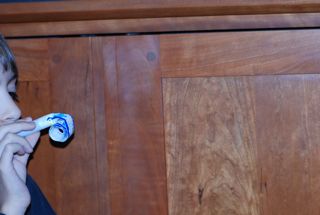 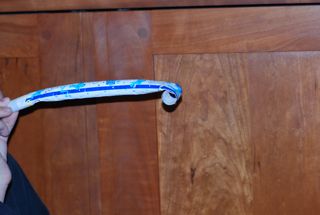 Sponging Mouthparts
Certain types of flies have mouthparts that are like bits of sponge. In a fun demonstration, sprinkle some baking powder on a plate or table surface. Explain that this represents some food like sugar that a fly might want to eat.

Ask the children to try to “eat’ it with a piece of dry sponge. It doesn’t work too well. Ask them how the fly might make it work better. Usually someone gets the idea to wet it. Pour a bit of water on the powder (I use baking powder because it fizzes a bit adding to the drama). Explain that a fly actually ‘spits’ on its food to wet it. Now the sponge can suck up the food easily. 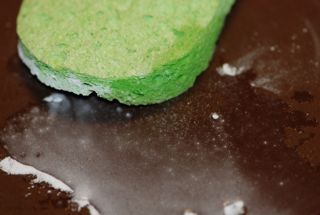 Not all insects have just one type of mouthpart. For example, honey bees have two types, mandibles and a proboscis. The mandibles are used for any chores about the hive that require grasping or cutting, such as working wax to construct the comb, biting into flower parts (anthers) to release pollen, carrying detritus out of the hive, or gripping enemies during nest defense.

The proboscis of the honey bee is simply a long, slender, hairy tongue that acts as a straw to bring the liquid food (nectar, honey and water) to the mouth. The sheath in this case is called the stipes. When in use, the tongue moves rapidly back and forth while the flexible tip performs a lapping motion. After feeding, the proboscis is drawn up and folded behind the head.