Someone asked me the other day for ideas for a science fair project using goats and/or sheep. Can you mix science and domesticated animals? Here's a few ideas. 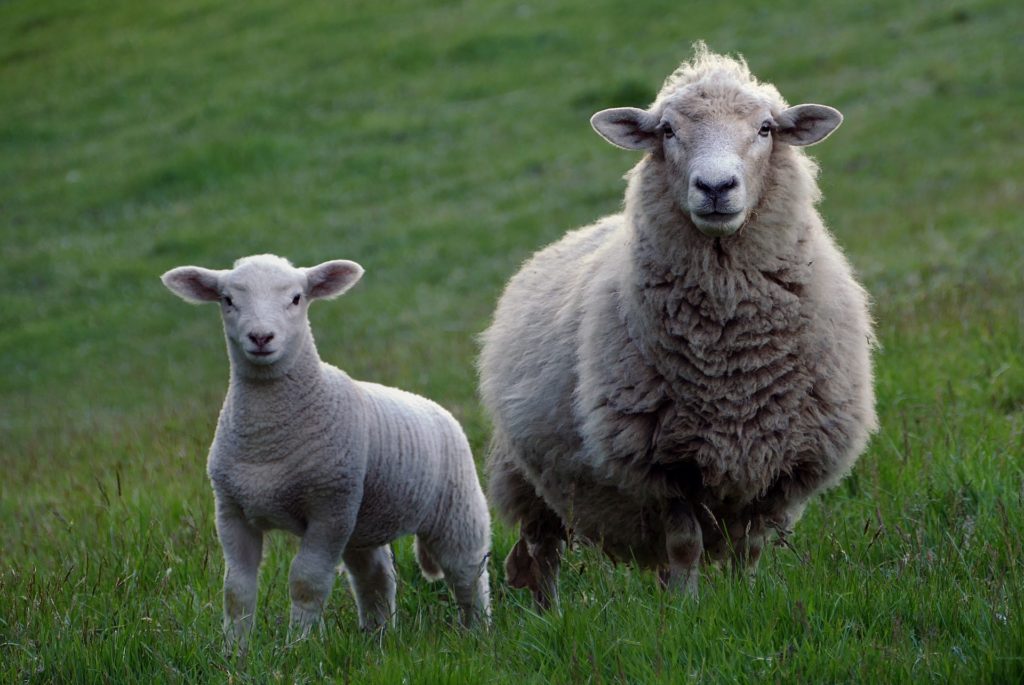 Goats and sheep are amazing creatures. They were among the earliest animals domesticated by humans, second only to the dog. They occur throughout the world, along with their wild cousins like the mountain goats and bighorn sheep.

How are goats and sheep similar? How are they different? Do some research and create a Venn diagram.

Products we may get from goats:

Products we may get from sheep:

2. What do goats and sheep eat?

Goats can eat many plants: shrubs, bushes, trees, aromatic herbs, even paper. But they don’t really eat tin cans. Goats eat many weeds and are used for weed control around the world. They even take care of poison ivy and poison oak. Study their diet in your area, and see if there are any differences in different habitats.

Do sheep graze the same as goats? How are the two different?* (Answer at bottom)

Sheep and Goats both belong to the Family Bovidae, which are hooved mammals with permanent horns. Horns are bony outgrowths that are covered with a sheath of material that is similar to a human’s fingernails. Horns are permanent, unlike antlers they are not shed. Most goats have horns, but they are usually dehorned while they are young. Most domesticated sheep breeds lack horns, although some rams still have horns. The wild versions of goats and sheep do have horns. The male bighorn sheep are known for their huge horns.

The hooves of goats and sheep grow over time, like our fingernails and so must be trimmed regularly. Although you might think hooves would be slippery to walk on, goats and sheep are remarkably agile. Goats can climb very well. Bighorn sheep can travel up steep mountains with ease.

There are big differences between how sheep and goats behave. For example although both are herd animals, sheep tend to stick together whereas goats are more independent and curious.

Goats and sheep can also vary in behavior from breed to breed. You've probably heard of the specialized breed called fainting goats, which are goats that fall over when they are frightened.

If you have goats or sheep to study, you might want to examine differences in their response to novel stimuli, flocking behavior (like is one of the goats or sheep a leader?) or ability to learn, etc.

For more futuristic science, check out this video of goats that have been modified to produce spider silk in their milk.

For a unit on goats and sheep for the youngest set, try these cute children's books (covers are affiliate links to Amazon):

Charlie Needs a Cloak, by Tomie dePaola. Published by Simon & Schuster, 1973. From sheep, to yarn to cloak, this easy book follows the process of making cloth from wool.

Farmer Brown Shears His Sheep, by Teri Sloat. Published by Scholastic, 2000. A fast-paced, rhyming version of how wool becomes yarn. “ A yarn about wool.”

The Goat in the Rug as told to Charles Blood and Martin Link. Published by Four Winds Press, 1976. Story of a Navajo woman using goat wool to weave a rug.

*Sheep graze to the ground. Goats are browsers, which means they nibble on plants of all heights (as far up as they can reach).