Have you ever looked closely at a snail shell? 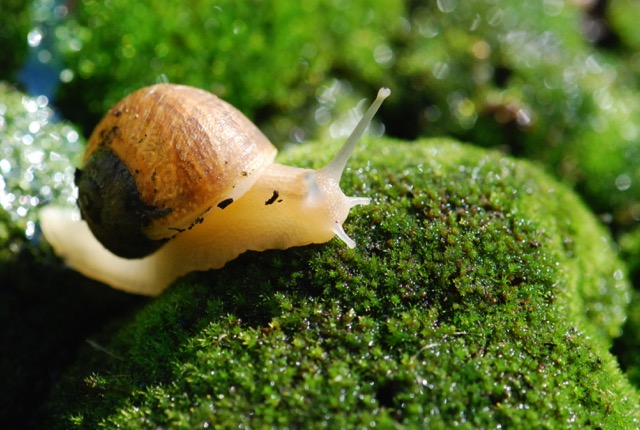 The shell can be many colors, but it is usually opaque. 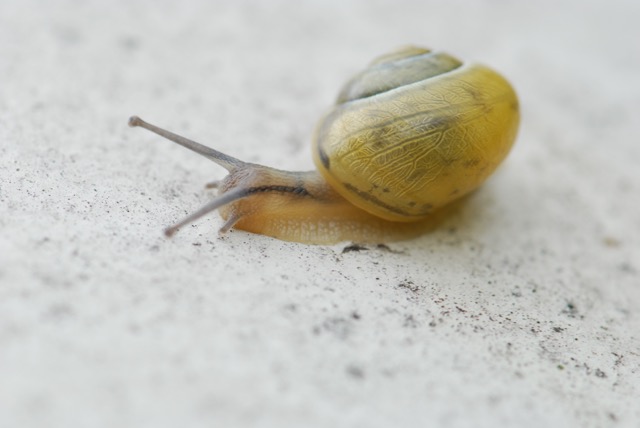 When I downloaded this photo, I was surprised to see the channels on the inside of the shell. Can you see the vein-like, branching structures I'm talking about? 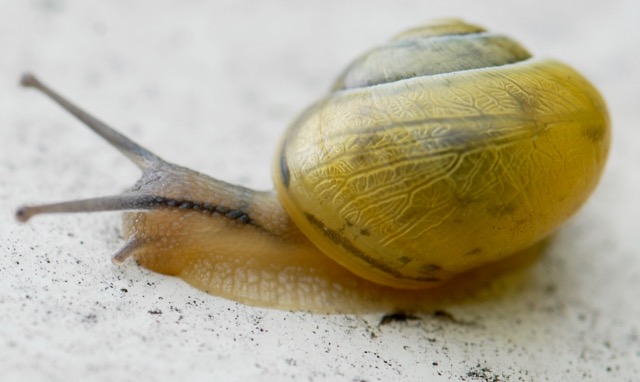 It turns out that in young land snails like this one -- with a thinner, more transparent shell -- it is possible to see the interior vessels of the mantle and mantle cavity (lung).

In fact, if you look closely you might see some of the other internal organs, as well.

Snail Q and A and fiction picture book, Escargot

In answer to a question that came in this week about raising snails, I have put together a few resources for you. 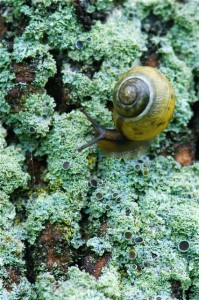 We raised brown garden snails, which are a commonly considered to be a pest species. We kept them in gallon-sized jars (sun tea jars work well) with a fabric (light cotton) cover. The cover was simply held on with a rubber band. We tried moist soil in one container and wet paper towels in the other. The paper towels were easier to clean and the snails sometimes used the towels for food. We were vigilant to keep the towels moist.

The soil was more of an issue, because we soon had an overgrowth of springtails and sowbugs that we had accidentally added with our garden soil. The soil was also harder to keep free of rotting vegetable matter. (Hence the extra critters). Snails need to be cleaned frequently.

You will need to add sources of calcium, like egg shells. We gave the snails egg shells that we washed out. We also gave them a number of different leafy vegetables.

The snails laid their eggs in the paper towels or under the soil. In no time we had a lot of snails (you probably should have an "exit plan" such as friends that are willing to take some off your hands). Taking care of snails and watching their life cycle was a great way to learn about a creature so different from our fuzzy pet friends.

Anatomy of Snails has labeled photographs of snails parts

Kiddyhouse has worksheets for the younger set, including a diagram to label and a garden scene with snails to color.

No, it isn't an arthropod this week. 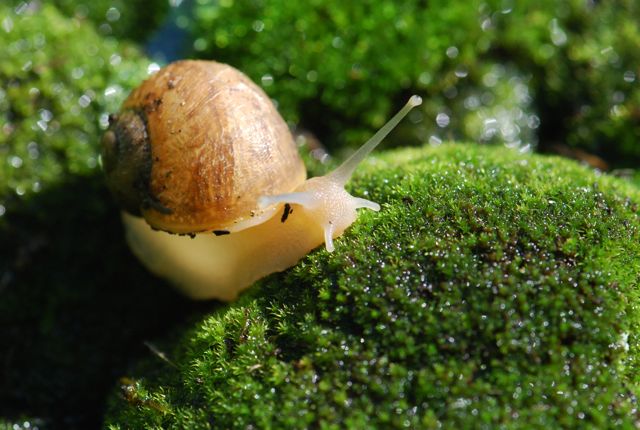 Our family is fond of snails. In fact we have raised the common garden snail. It is exciting when they lay the pearly round eggs. 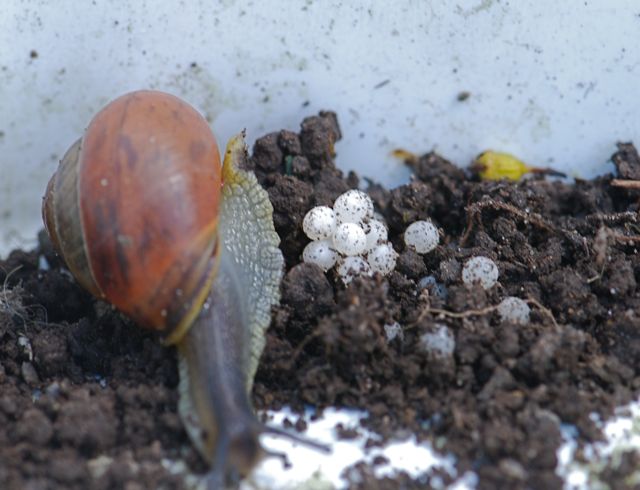 Then each hatches into a tiny perfect snail.

Edit:  For a close-up look inside a snail egg, check Beyond the Human Eye. 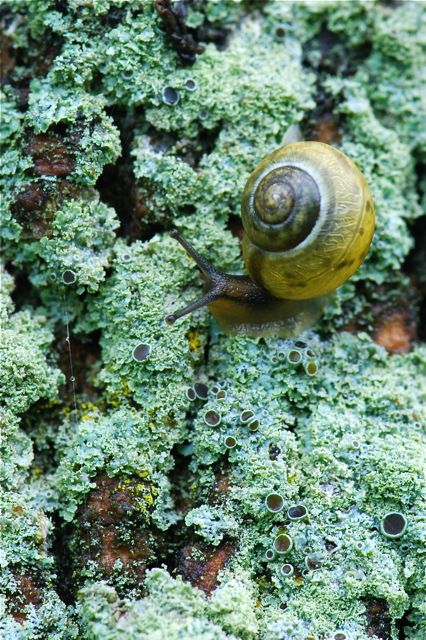 In spite of their reputation for being a slow, a "motivated" snail can actually move rather quickly.

Have you ever spent time watching a snail?