After 257 Mystery Seed of the Week posts, it seemed like it was time for a change. But what to do next?

The answer was inspired by a book, Seed to Seed: The Secret Life of Plants by Nicholas Harberd.

Seed to Seed is the journal of plant geneticist Nicholas Harberd from the year 2004. In it, he records his personal observations and discoveries. Because of his prominence in the field, in many ways it is also the story of the uncovering of the genetic control of plant growth.

Right in the first entry in the book, Harberd reveals that over the last few decades plant scientists have decided on a unifying method to help move the field of plant genetics forward more quickly. Instead of trying to examine a little of the genetics and development of many, many different plants, perhaps it would be more enlightening for everyone to study one plant thoroughly and assume that the other plants probably had the same or similar properties.

The plant they chose to investigate was thale-cress, Arabidopsis thaliana. 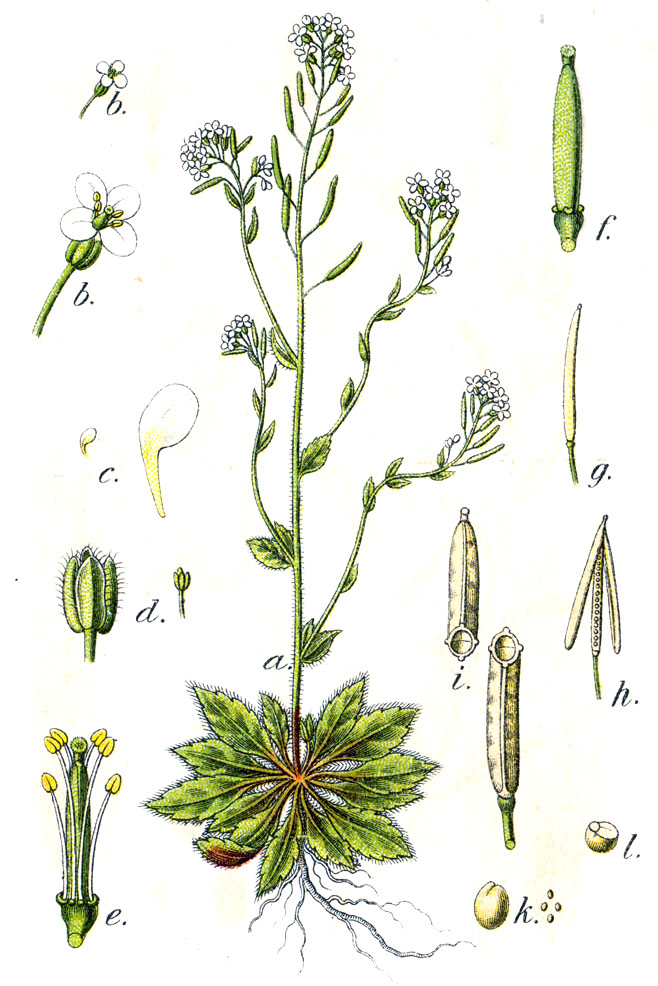 Why did they select this small weedy plant? Arabidopsis thaliana is the lab rat of the plant world. It is small and it self-pollinates, so it can be grown easily in the lab. It completes its life cycle quickly, producing flowers within approximately three weeks and seeds in about six weeks. In addition, thale-cress has a small genome that has been completely sequenced, so geneticists can build on what is already known.

Where does this unifying idea take us?

Rather than moving randomly from plant species to plant species as we have been doing with Seed of the Week up to now, let's change gears.  Following in Nicholas Harberd's footsteps, let's learn more about plant science by delving deeply into the secrets of a single type of plant over the next few months. Who knows what we might find out!