Adding a compost heap to your yard can have many unintended benefits. First there was the female hummingbird hovering over it catching food for her babies. Now we've met a new insect. 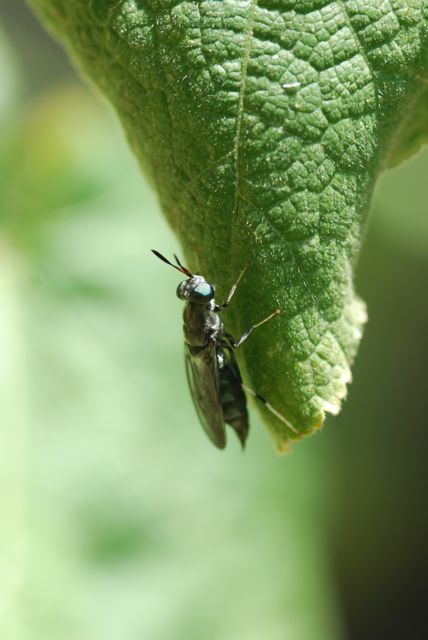 At first glance these large insects may look like wasps. They mimic wasps so that other critters will leave them alone, but they are totally harmless. This one is sitting on my son's arm. 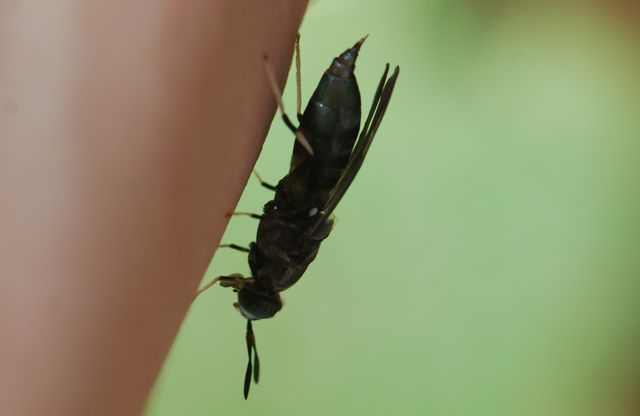 Turns out these are adult black soldier flies, Hermetia illucens. The larvae (or maggots as fly larvae are called) feed on decomposing stuff in cold compost heaps. 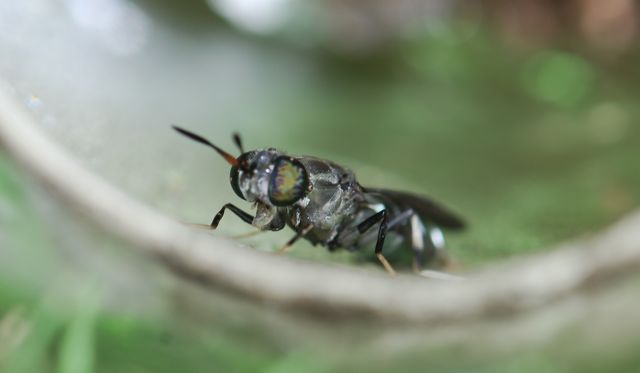 The larvae pupate in the soil around the compost bin. The birds absolutely love to eat them! 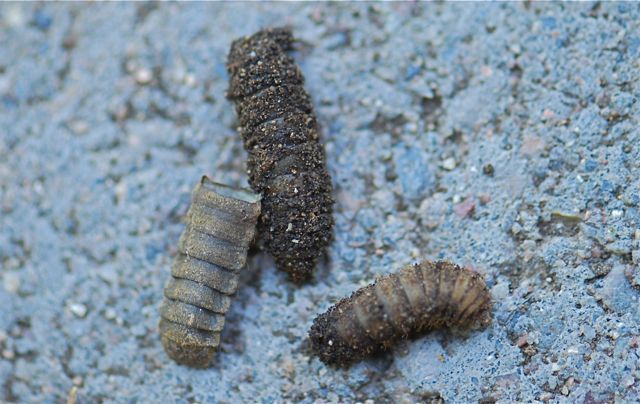 A quick Internet search revealed that black soldier flies are now being used either with, or instead of, red worms in worm bins.

The Black Soldier Fly Blog tells you all about how to use them (now there's a blog niche I would never have thought of).

They are also used for feeding reptiles in the pet trade.

Beneficial insects, bird food, and less waste going to the landfill - who knew a compost heap would be such a useful addition?

Do you have a compost heap or worm bin? Have you ever seen these flies?

2 thoughts on “Bug of the Week: Black Soldier Fly”