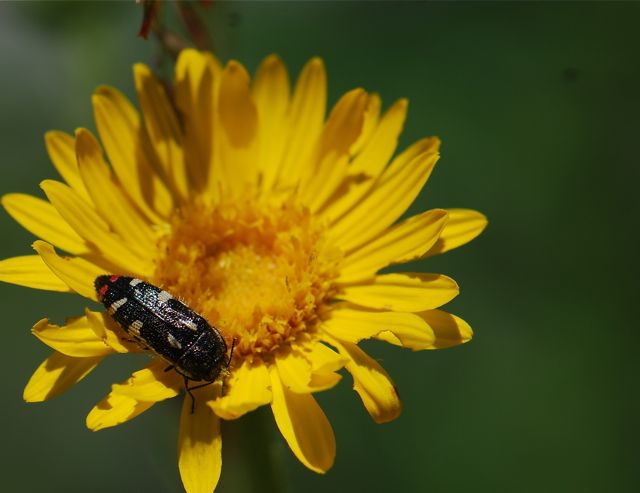 The family name is Buprestidae, so they may be called buprestids as well. 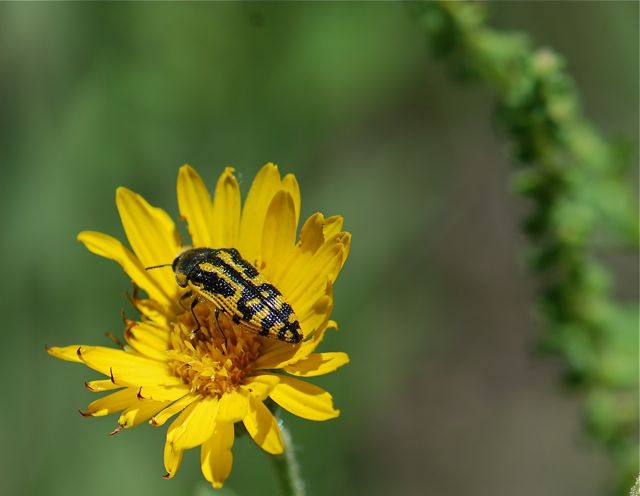 Aren't they colorful? Do you think they are trying to mimic wasps?

The buprestids in these photographs were feeding on flowers in Ramsey Canyon, in southeastern Arizona. These are probably in the Genus Acmaeodera, although it is very difficult to tell one from another.

2 thoughts on “Bug of the Week: Jewel Beetles”