For some reason, our yard is caterpillar central this week. Here's what we found in the last two days. 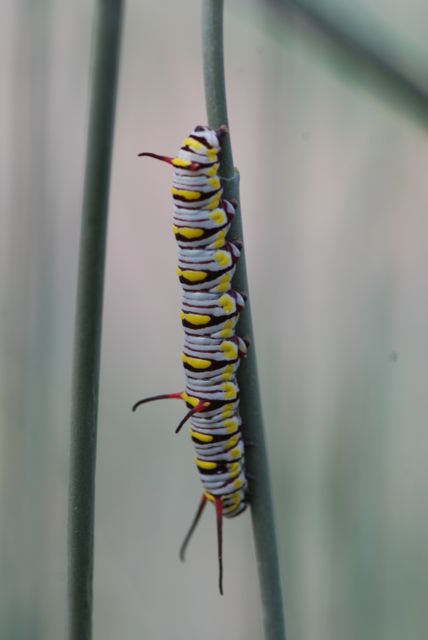 At least eight queen caterpillars on the milkweed plants. 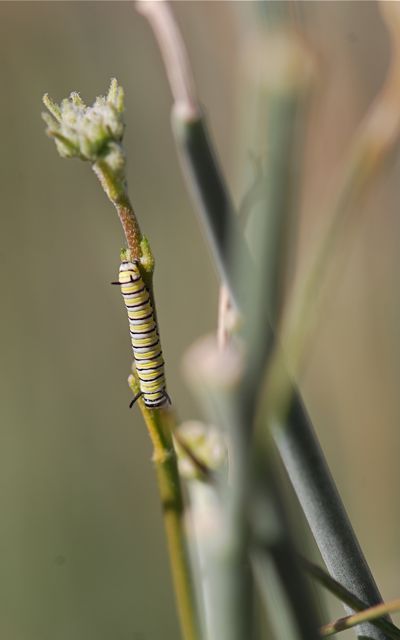 This caterpillar is on the milkweed too, but it looks a bit different. It only has two pairs of black filaments, instead of three. 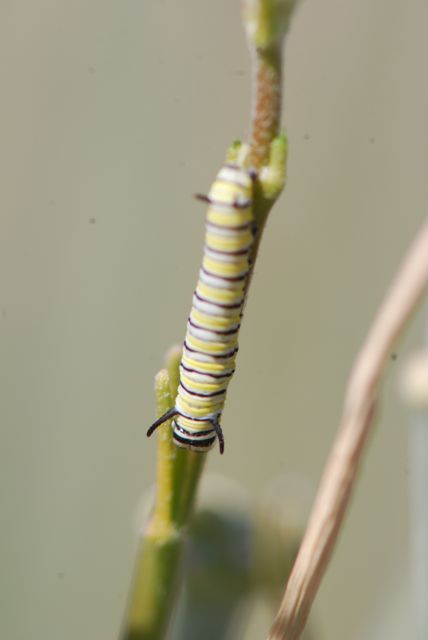 That's because this one is a monarch caterpillar, not as common in the Phoenix area. 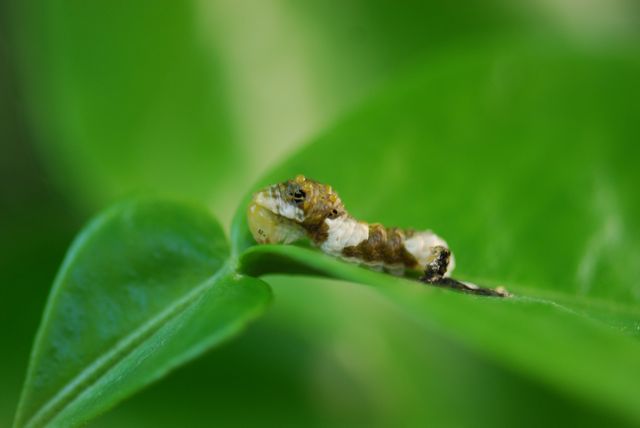 What's this on the grapefruit? Looks like a bird dropping with a head. 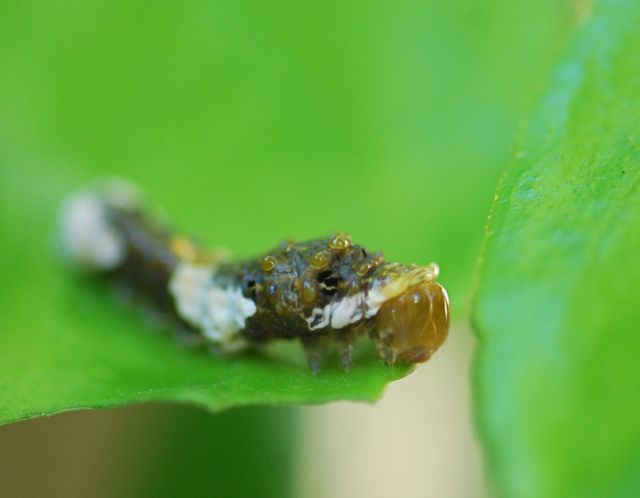 That's a young orange dog caterpillar, which turns into a beautiful giant swallowtail butterfly. I have an older post with more information about those. In that year we found caterpillars in August.

This morning we looked way up into the desert willow tree and there's yet another caterpillar. 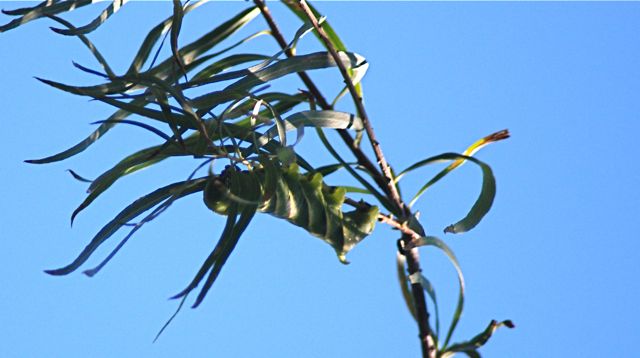 It was probably  18 to 20 feet in the air, and still big enough I could get this photograph with a telephoto lens. I would say it is five inches long, maybe six. Based on past experience, I know this is a caterpillar of the rustic sphinx moth, Manduca rustica.

Why do we have so many caterpillars right now? Maybe because we had a big rain last week and/or the temperatures have dropped below 100 ° F. In any case, the caterpillars are doing well.

Have you ever seen any of these caterpillars?

3 thoughts on “Bug of the Week: Caterpillar Central”