We have some new spiders in our yard. Even if you don't like spiders, you should bear with me on this one, because it is so cool.

First, the spider has a typical orb web, shaped rather like a plate. 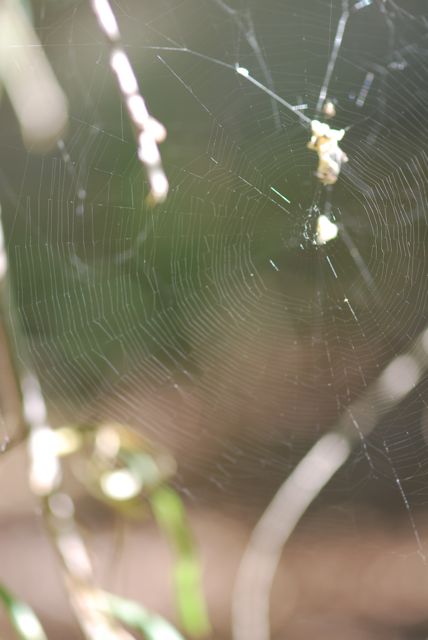 See that yellowish blob on the upper right? That is also part of this spider's web, about two or three inches behind the orb. 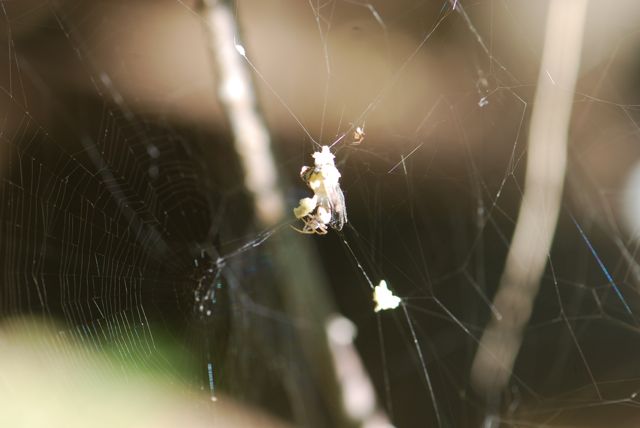 Here's a shot from the side. See the bridge of webbing from the orb to the place where the spider sits?

That pile of debris has a fancy name. It is called a stabilimentum. Early investigators named it that because they thought is was part of the support structure of the web, a web "stabilizer." 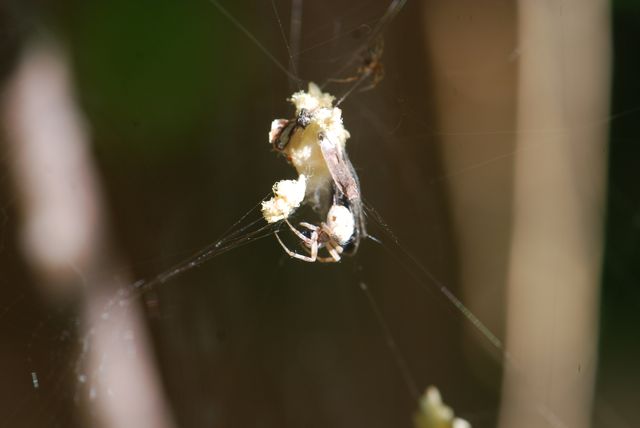 In this closer view, you can see the bridge and stabilimentum more clearly. The yellow cotton parts are acacia flowers from a nearby tree. (This web is in a desert willow). 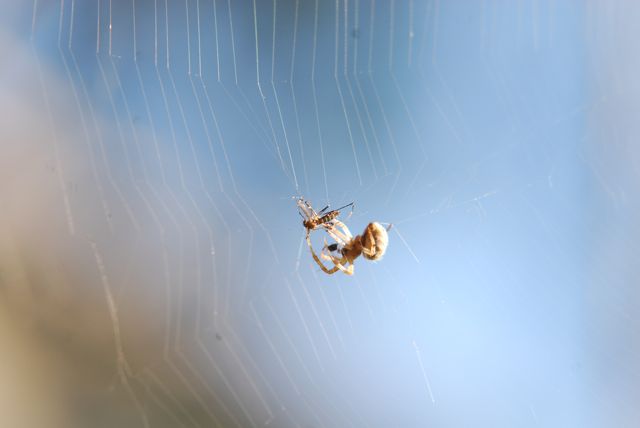 While taking photos of the orb web, a mosquito flew into the web. The spider was there in no time flat. 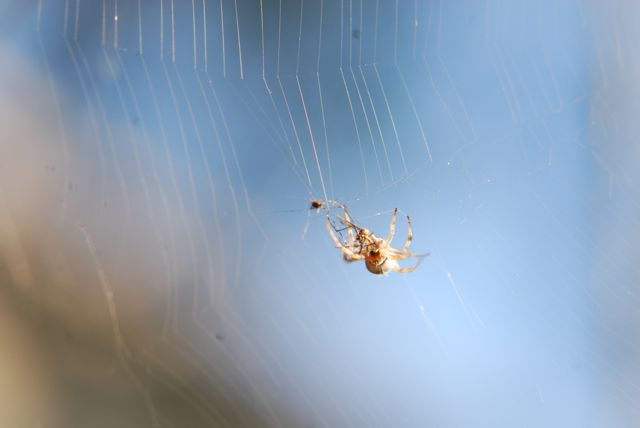 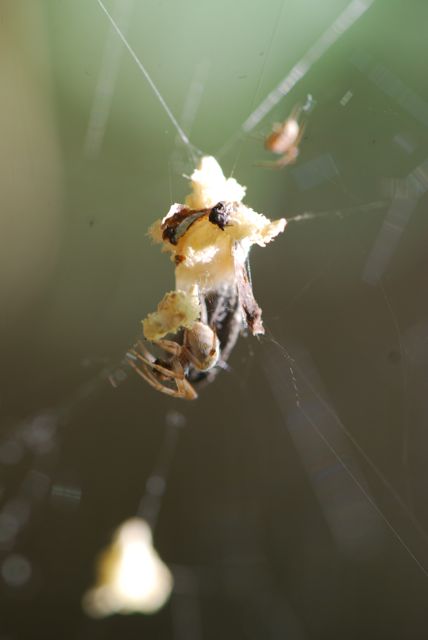 The spider took the mosquito back to the stabilimentum immediately and hung it amongst the other debris.

How did the spider get back and forth so quickly? Take a close look at the web and see if you can guess. 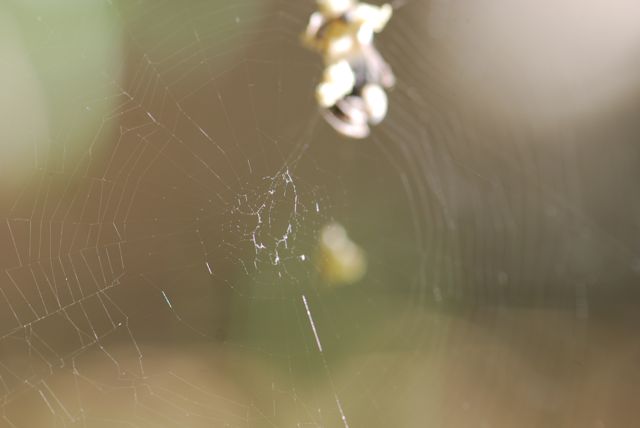 Okay, now some of you sharp-eyed folks might have noticed something else about the stabilimentum from the photographs above. 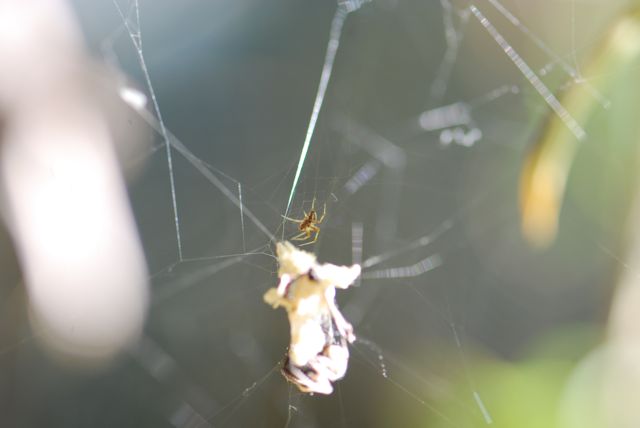 From another angle, you can see the "main" spider is still at the bottom, but there's a second, smaller spider sitting behind and to the rear.

Any ideas why it is there?

In any case, I don't know what kind of spider this is, although my best guess is Cyclosa or a near relative. Can anyone help me out?

2 thoughts on “Bug of the Week: Orb Spider”