After years of living in the Sonoran desert, I finally got a photograph of a clown beetle, Eleodes species, standing on its head. 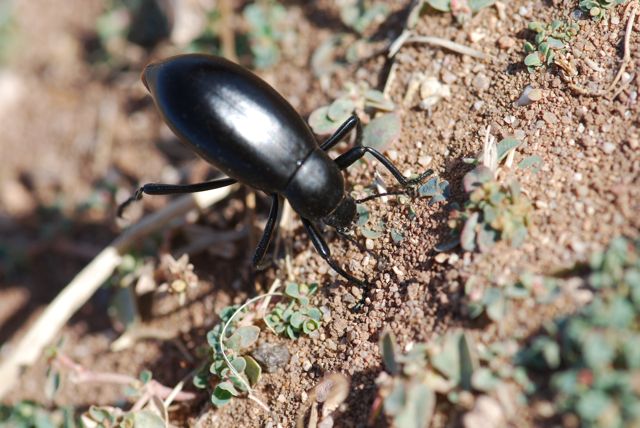 These shiny black beetles are common in the Southwest. They are called a number of different names, such as desert stink beetles, clown beetles, pinacate beetles, and headstanding beetles. 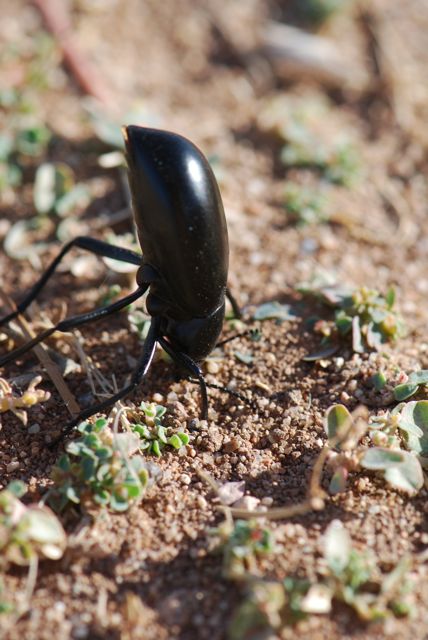 Why would a beetle stand on its head? Why is it called a stink beetle? 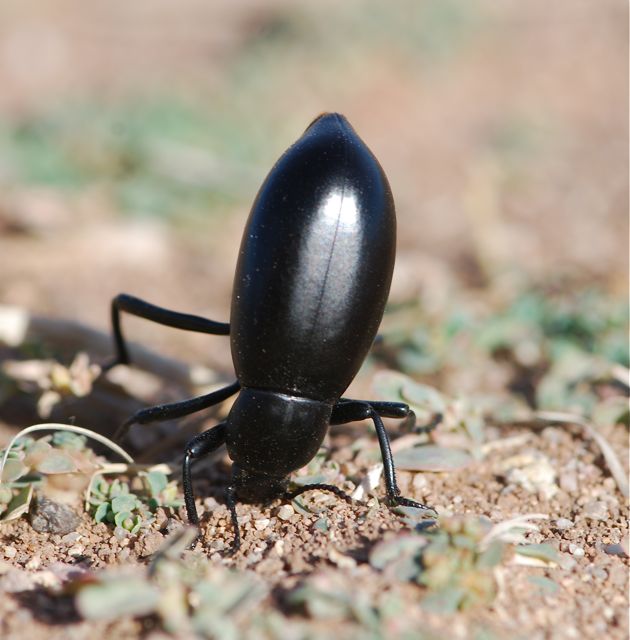 It stands on its head probably for two reasons. Eleodes beetles are the skunks of the insect world. They can spray nasty chemicals from their rear, the tip of their abdomen. By assuming the posture, like a head standing spotted skunk, they are warning predators that they are about to spray. If the predator continues to advance, they are in position to do the most amount of damage with their spray. 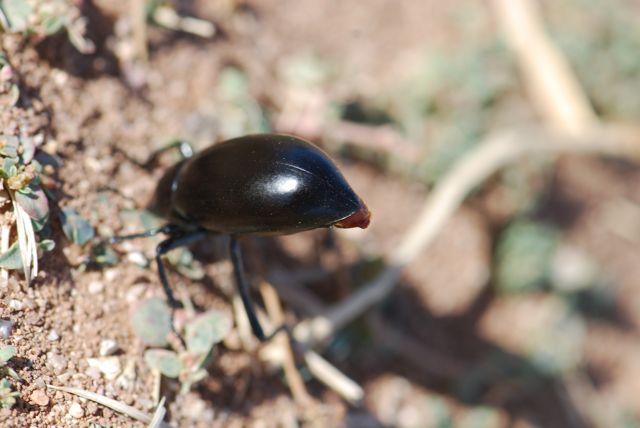 The business end of an Eleodes beetle

You might also notice the hard wing covers, or elytra. They are fused shut and the beetles are not able to fly.

What do they eat? The adults scavenge plant and animal debris. The larvae are a type of wireworm. They live mostly underground and feed on plant material. The adults also stay underground during the heat of the day.

In an effort to show you the spotted skunk doing its head stand for comparison, I found this video from the BBC.  It shows a spotted skunk against an urban backdrop, with dancers mimicking its motions. Note:  At one point the one of the actors is spraying graffiti and seems to spray the skunk. It is a statement about spraying chemicals, and the result of film editing, but it might be disturbing to small children. Also, this video has a pop-up ad.

It is pretty amazing how both the beetle and the spotted skunk have similar behaviors.

Have you ever seen a beetle or a spotted skunk standing on their heads? Or maybe I should say hand standing beetles?

7 thoughts on “Bug of the Week: Desert Headstanding Beetles”