Yes, those hard round black seeds from last week's mystery seed post were from an asparagus fern, Asparagus densiflorus. 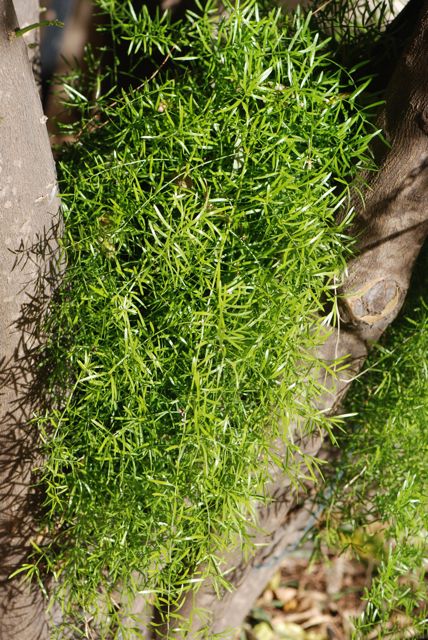 Originally from South Africa, it is a common houseplant in more northerly areas. Here in Arizona it is a hardy survivor even when planted outside in the ground. In some parts of the world, that hardiness has turned it into a noxious weed. 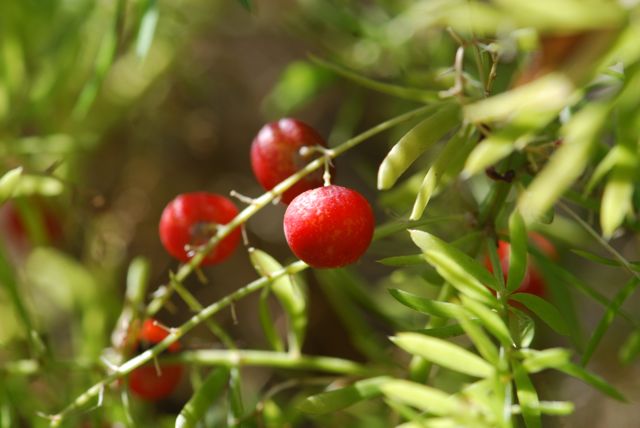 The red berries show that the plant is not truly a fern, because it produce delicate white flowers and fruit rather than spores. It actually belongs to the lily family.

The red berries are not edible by humans, although they are eaten by birds. The plant is considered to be poisonous. 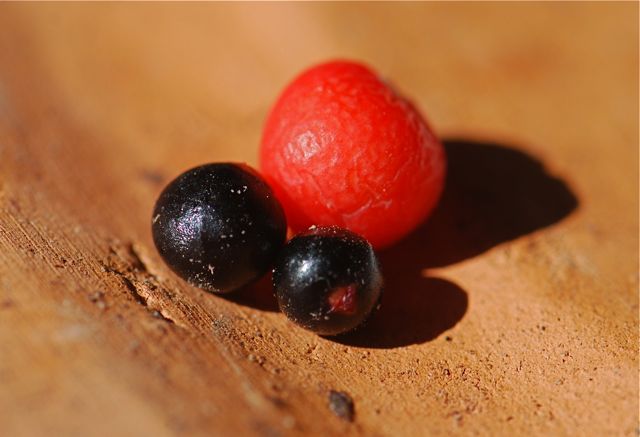 Most people buy their plants from a nursery, but you can grow new plants from the seeds inside the berries. 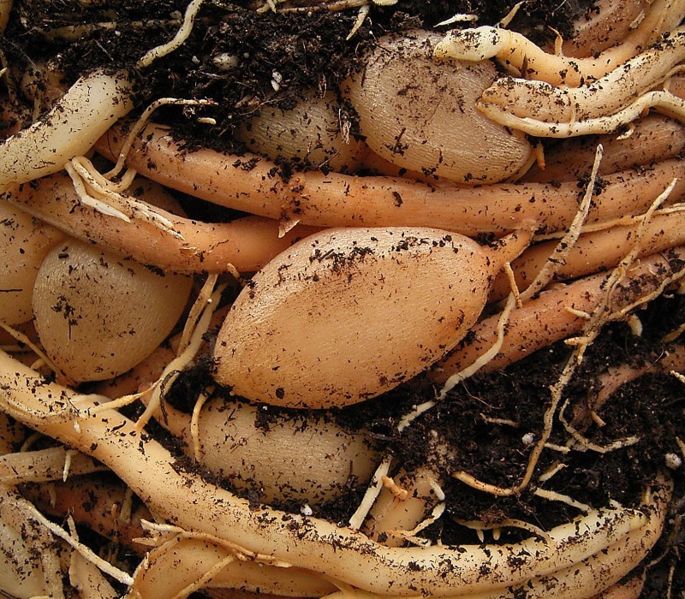 One interesting feature of this plant is rarely seen because it is underground. The roots have puffy tubers. I think the tubers help it store water for times of drought. They also swell and cause the plant to burst their pot after a time. My son calls one of our asparagus ferns "Buster" as in "Pot-Buster." 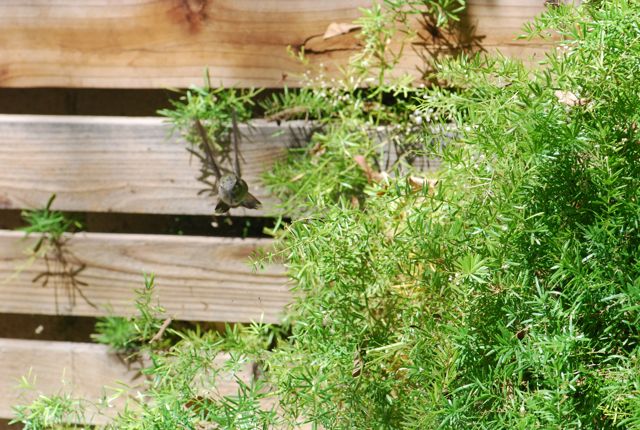 Although asparagus ferns are lovely plants, do you see why I originally took this photo?

Do you grow any asparagus ferns?

12 thoughts on “Seed of the Week: Asparagus Fern”