Our science activities have been inspired by a children's book yet again. This time we've been reading Beco’s Big Year:  A Baby Elephant Turns One by Linda Stanek.

Beco is a baby elephant that was born recently at the Columbus Zoo and Aquarium. The book is full of information, not only about absolutely adorable Beco, but also about elephants in general. For reviews see Beco's Big Year at Simply Science and my review at Wrapped In Foil. 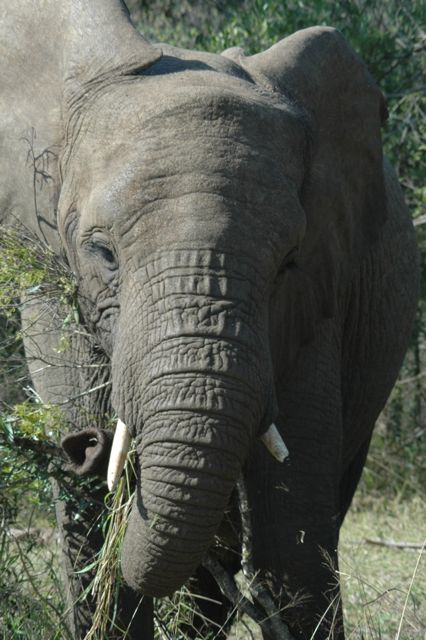 Here's a photograph my husband took when he was in Africa. 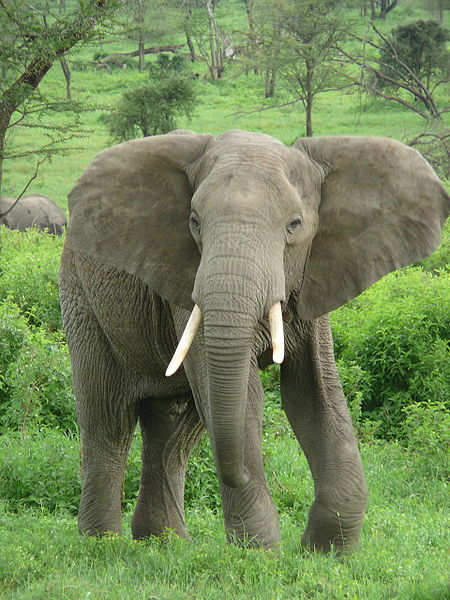 Here's a photograph from Wikimedia that shows the big ears.

In contrast, Asian elephants have 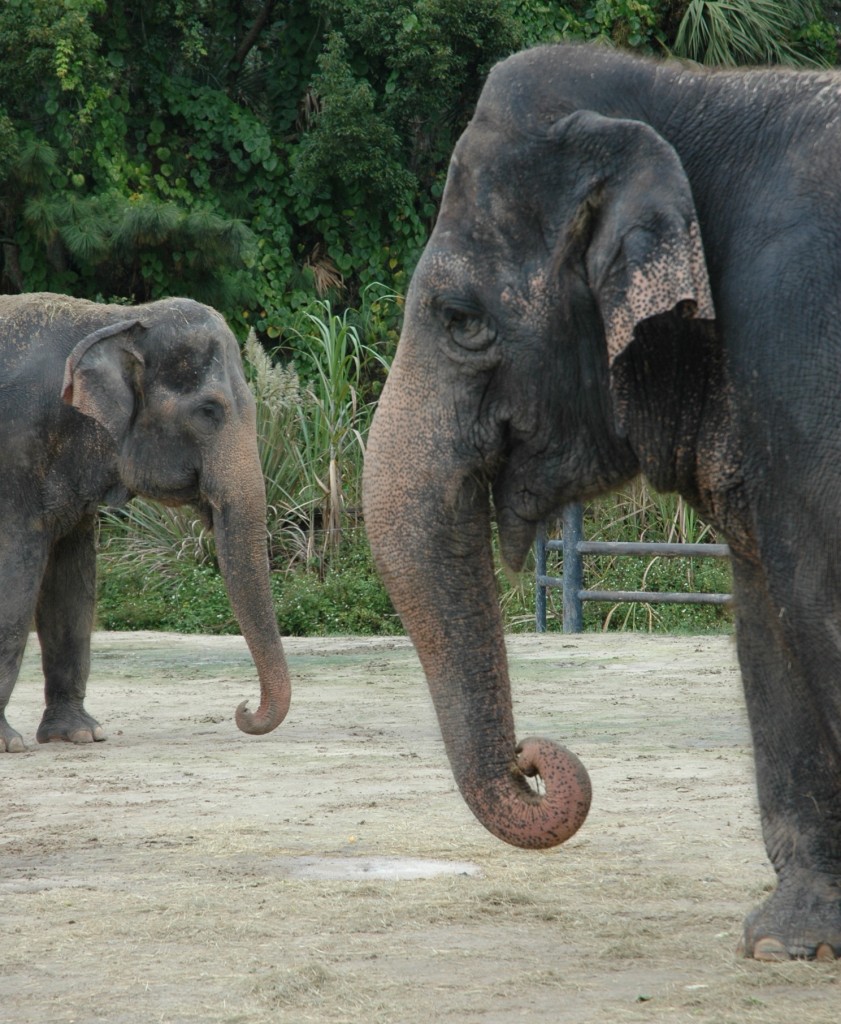 See how much smaller the ears are? (Photograph is also from Wikimedia.)

This is a photograph of Beco. Which species is he? 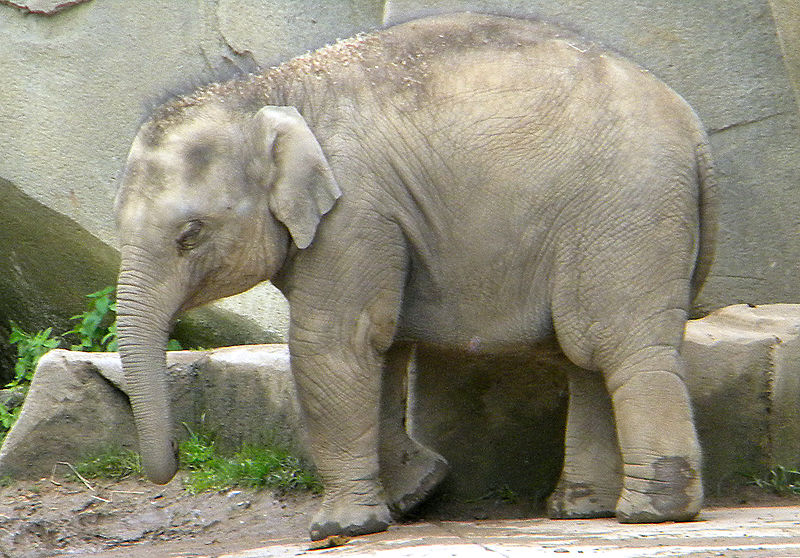 The photograph was taken by Shell Kinney, who kindly uploaded it to Wikmedia.

Do you see the dusty debris on Beco's back? That is a common behavior. It is easy to find pictures of elephants throwing dirt, wood chips, hay or straw onto their backs.

Author of the book explains about how when the elephants lay down at night, the keepers can tell where they've been based on the piles of debris that come off around them. The keepers call the piles "elephant angels" because they look like the snow angels children make in the snow.

Why do elephants "decorate" themselves? Two common ideas are that the dirt and hay keeps off flies or other parasites, and also that it helps keep the intense sun off their skin. Another suggestion is that it helps them keep warm when it is cold, which would make sense in Columbus, Ohio.

Print out the elephant image. Glue it to card stock or an old manila folder. Cut out the outline of the elephant, which forms what is basically a reverse stencil. Lightly tape the stencil on a piece of paper, or hold it firmly in place. Color the area around the stencil. Remove the stencil to reveal the "Elephant angel."

Use your imagination to come up with other creative ways to get a reverse or "negative" elephant image. Let us know what you come up with.

Behavioral enrichment is a way of helping improve the quality of life of animals in captivity by supplying them with items or space to incorporate behaviors commonly found in nature. The elephant handlers are always looking for ideas to make life more interesting for the elephants. For example, they gave Beco a giant blue rubber ball to play with.

In this video Beco is playing with a block of ice shaped like a birthday cake that the handlers gave him for his first birthday. The blocks of ice offer something new for Beco to investigate.

At our zoo in Phoenix, Arizona we used to have an elephant who painted pictures, holding the brush with her trunk. The elephant's name was Ruby. 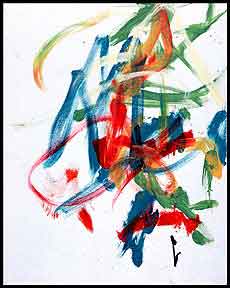 One of Ruby's paintings from Wikipedia.

Can you think of ways to give an elephant behavioral enrichment? Write down your ideas and then research what other zoos have done to keep their elephants active and interested.

The Elephant Sanctuary has two downloadable curricula. (You will probably want to pick and chose the lessons.)

A huge, elephant-sized thank you to Shirley at Simply Science for sharing the book.