Seems like you may have been confused about last week's mystery cones. I was actually hoping that someone would recognize the tiny cones as coming from Eastern or Canadian hemlock, Tsuga canadensis. 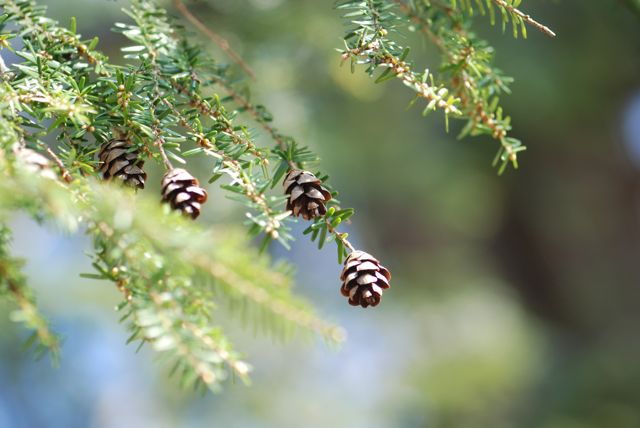 This hemlock is a common tree in the eastern part of North America. In fact, it is the Pennsylvania state tree. 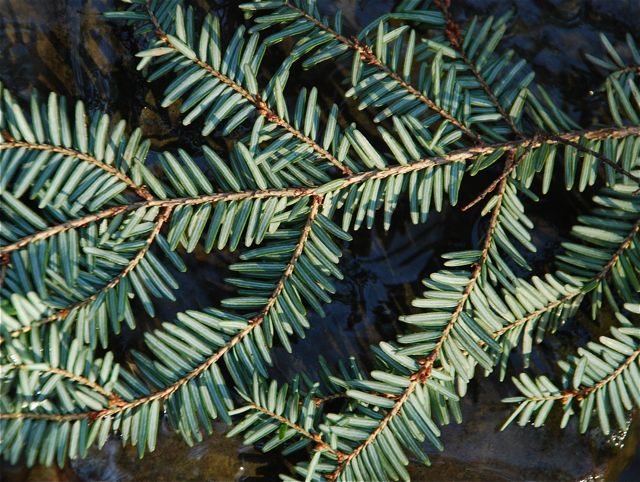 The needle-like leaves are short (less than an inch long), flat, soft and have two whitish-colored lines on the underside of each. 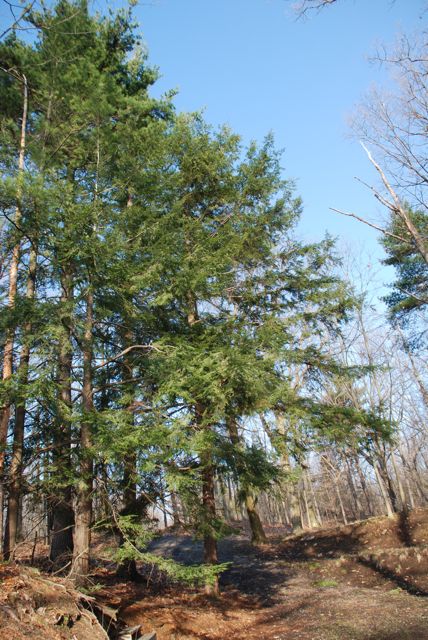 Hemlocks give dense shade, cover and food to a number of different forms of wildlife, including deer.

The trees are able to grow in dense shade. In fact, the seedlings can not grow in full sun, so will not return to areas that are clear cut.

There was a seed in one of the cones I took a photograph of, but it doesn't look viable. One article I read suggested that although hemlocks produce a lot of cones, few of the seeds germinate. In the article linked below, the authors suggest less than 25%.

Eastern hemlocks are used as ornamental trees, but require quite a bit of space. In the right conditions they will live over 400 years, and maybe up to 800 years.

In the past, hemlock bark was gathered for as a source of tannins used the the process of tanning leather products.

Do hemlock trees grow where you live? What kind?

For a map of where Eastern hemlocks are found and more biological information try:

8 thoughts on “Seed of the Week: Eastern Hemlock”