Did you flip a rock today? Below are photographs of what I discovered. As soon as I get linked up with Wanderin' Weeta, I will post a list of the participants so you can see what everyone found. 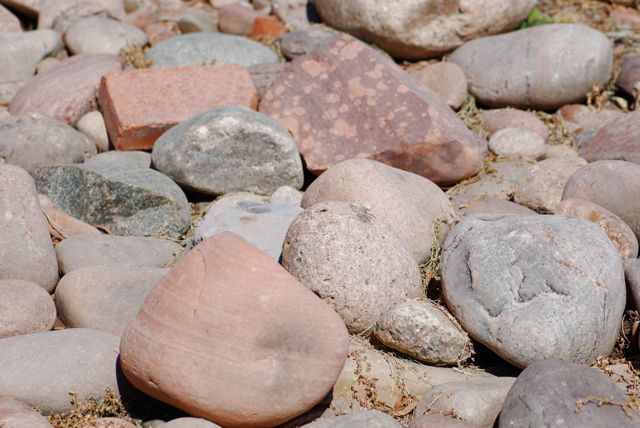 A pile of what we call "river rocks" used to stabilize a drainage area. This particular area is mowed grass, so it is irrigated often. 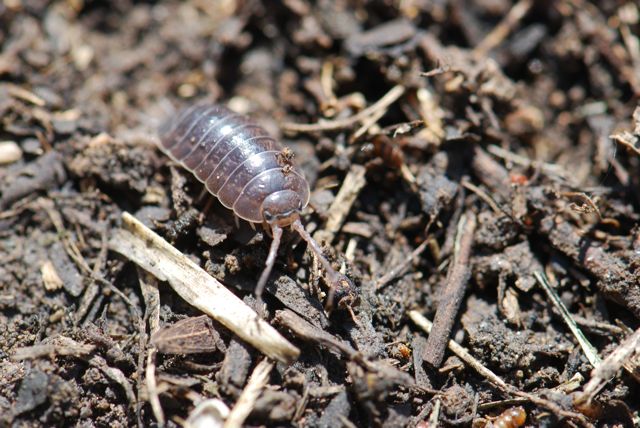 You would expect to find an isopod (also called rolypoly or pillbug), after all there's one on the International Rock Flipping Day badge. 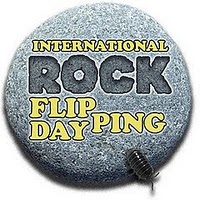 But what is that with the isopod? 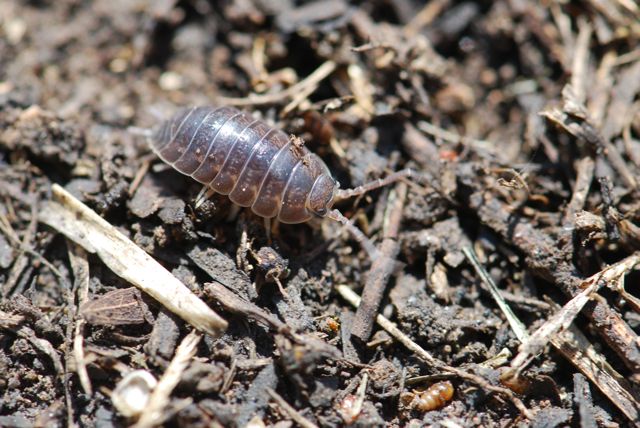 What is that brownish coiled object in the lower right of the photograph? 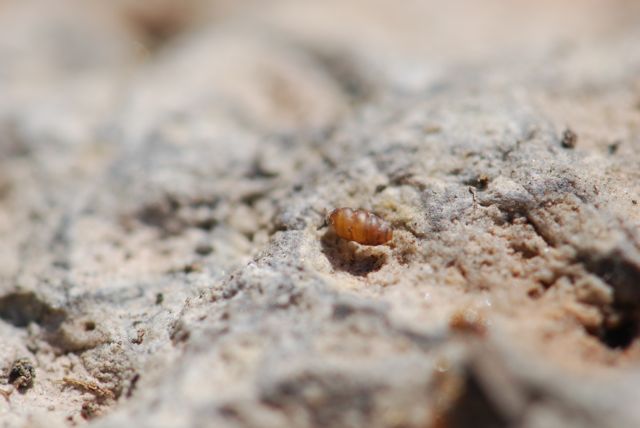 It is a tiny snail! There's another with its head out. 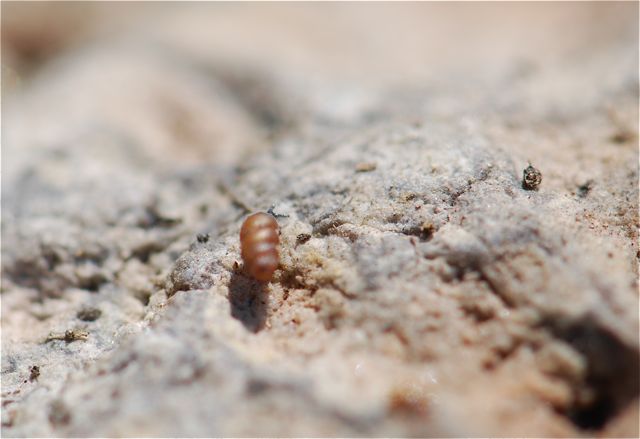 It's blurry, but definitely a snail. Finding snails is amazing in this hot, dry climate.

The snail wasn't the only one carrying it's house. 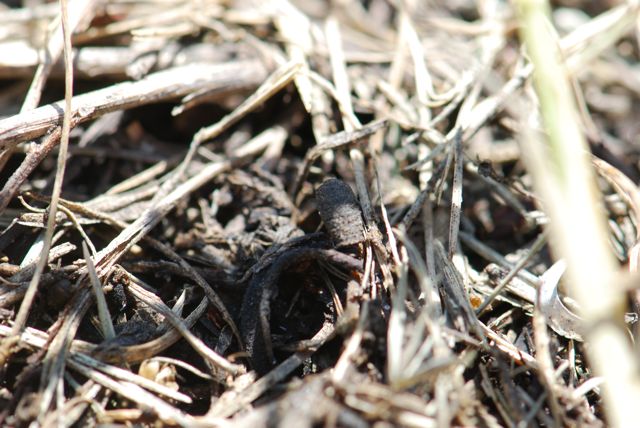 What is the gray object that looks like a small tube of mud? It is moving! 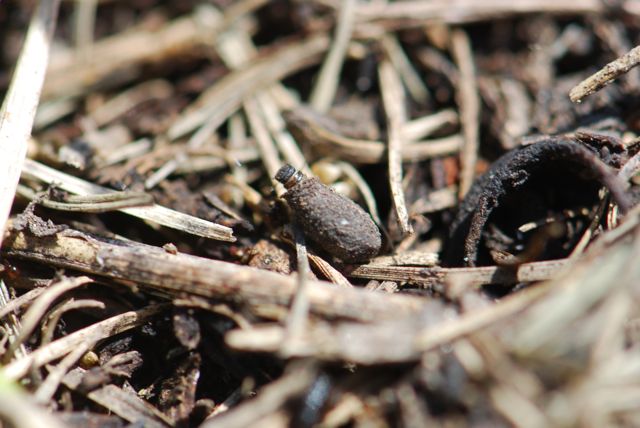 There is some sort of insect larva inside. 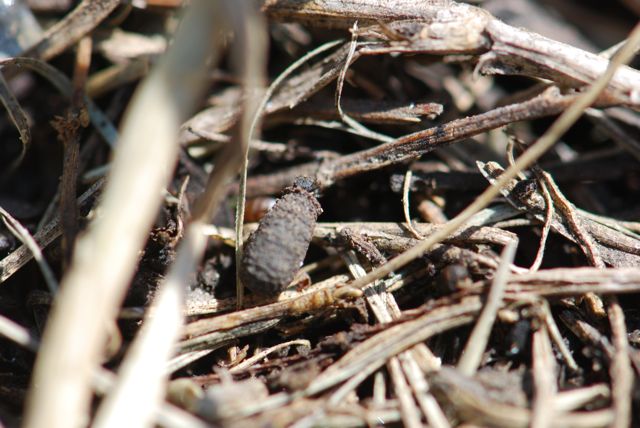 I think it is a beetle larva carrying a case. It is most likely a member of the leaf beetle family (Cryptocephalinae). It probably got washed to the drainage area during a recent storm. 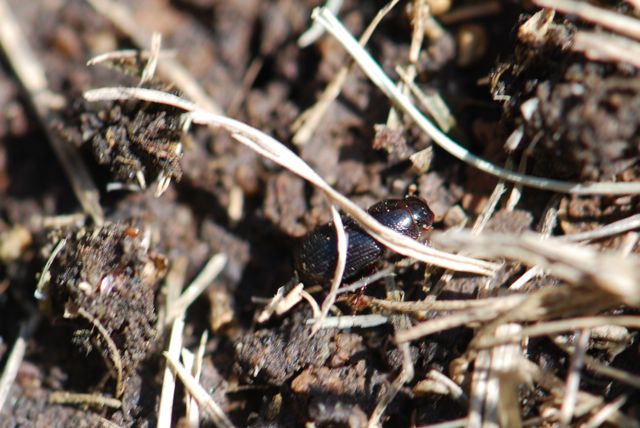 Another tiny beetle scurries away. 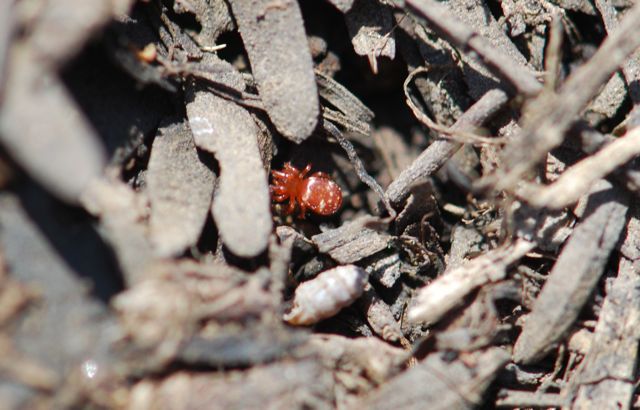 Mites were common. Here's a brightly colored one. 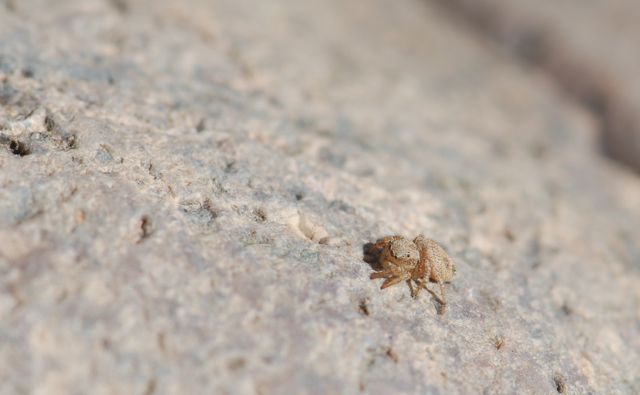 Spiders were also abundant. This tiny jumping spider seems to have its eyes on something. 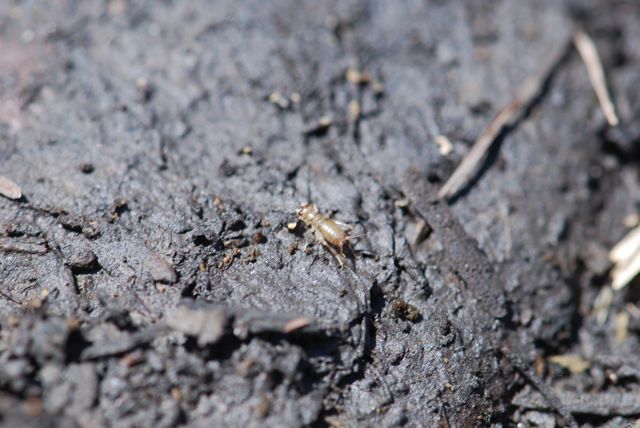 Maybe it was trying to catch one of these Indian house cricket nymphs.I don't envy any predator that hunts these. 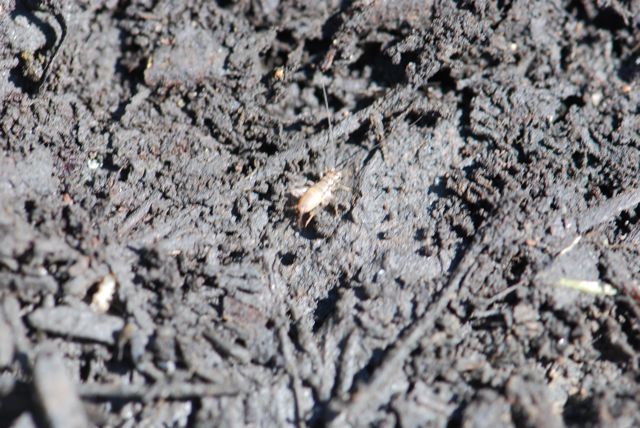 I know I had trouble capturing them with my camera. The springtails that were everywhere were even worse. I never did get a photograph of them.

Finally, I did find some ants. I posted those results at Wild About Ants.

Overall, I was pleasantly surprised by the number of creatures I found. And in addition to finding different kinds, I also learned a little bit more about my neighbors that live under rocks.

Did you flip any rocks this weekend? What did you find?

For more information about the creatures featured here try: