Our science post this week was inspired by the new picture book Garter Snake at Willow Creek Lane by Janet Halfmann and illustrated by Anne Wertheim, part of the Smithsonian's Backyard Book series. Starting out with her birth, the story follows the first season in Garter Snake's life. (

See Wrapped In Foil for a full review.)

My earliest memory of garter snakes is from visits to my grandmother's house. All my cousins and I knew that between the moist rocks around the old dug well was a sure place to find garter snakes. Everyone had a chance to catch one and handle it, carefully letting it go and washing our hands afterwards. None of us were afraid of garter snakes because of our experiences with them. This book brought back those fond memories.

There are at least 20 species of garter snakes in North America, belonging to the Genus Thamnophis. Although supposedly named for the fact that the species with stripes resemble a garter (an old-fashioned band used to hold up stockings), some do not have any patterns, or have spots or checkered coloring instead of stripes. Individuals of one species, the common garter snake, can be different colors and patterns depending on where they are found. 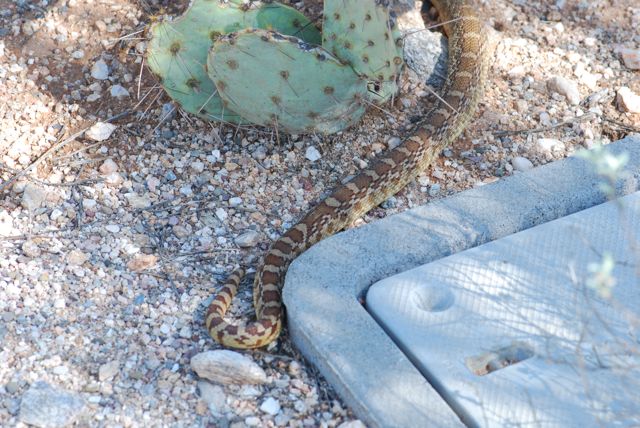 This gopher snake has a strong checkered pattern.

Where do garter snakes live? Garter snakes are often found near sources of water. Some species are actually aquatic. They are found throughout North America.

Reptiles are generally covered with bony plates or scales, which is one of their identifying characteristics.

Have you ever looked closely at the scales of a snake? The scales on the back of a garter snake have ridges in the middle. They are called "keeled" scales. Snakes with keeled scales usually have a dull appearance overall.

Other snakes have smooth scales without the keels.

Snakes with smooth scales have a brighter, shiny appearance. Herpetologists (scientists who study reptiles) use the position of the different types of scales as one way to identify snakes.

Snakes have a special transparent scale over their eyes called a brille. It takes the place of an eyelid. Because of the brille, snakes can not close their eyes.

As a snake grows, it periodically sheds its outer skin. When the snake is about to shed, its brille becomes cloudy. 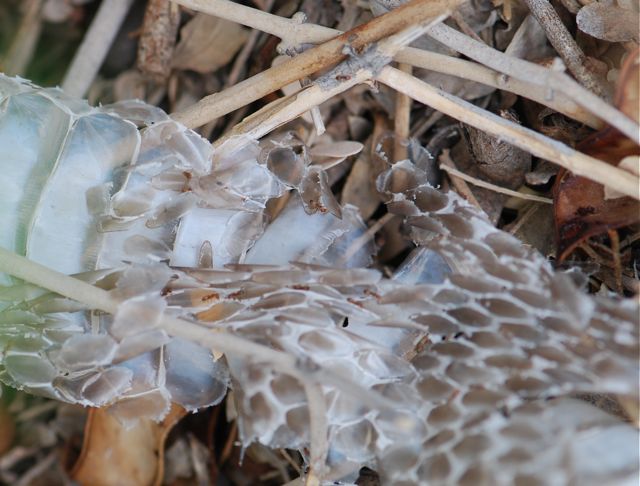 On this shed snake skin, you can see the bottom scales are larger and broader than the top scales. (I was actually taking a photograph of the ants that were recycling the skin.)

3. What do garter snakes eat?

Snakes are predators, feeding on other small animals. In the book, Garter Snake eats an earthworm. When in the water, garter snakes eat frogs, tadpoles and fish. 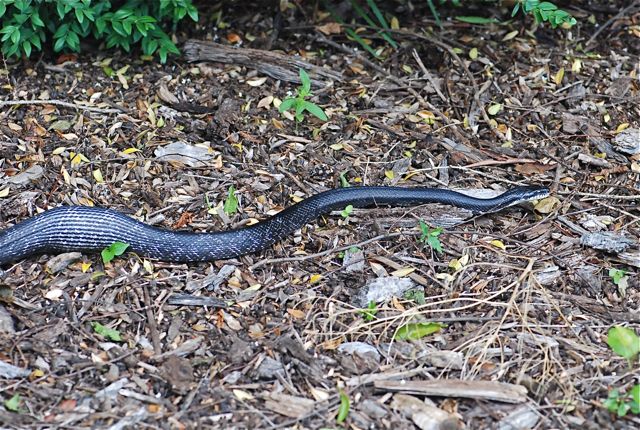 I can see this snake has eaten something recently. How can I tell?

One interesting aspect of snakes is that they have different senses than we do.

To smell, a snake doesn't use its nose. Instead it has a bag-shaped organ called a Jacobson's organ in its mouth to sense chemicals in the air. Ever seen a snake stick out its tongue? It is "smelling" the world around it.

Some snakes can sense infrared radiation through a pit organ or heat-sensing organ just below the eyes.

Process:  You might want to have the children make their paper beads in one session and assemble the snakes in another. For very young children, it would probably be best for an adult to pre-assemble the beads.

To make a paper bead, roll a rectangular strip of construction paper tightly around a pencil and then glue the free end down with white glue. Slide off the pencil and allow to dry. Make approximately 10 beads per snake.

While the beads are drying, start the snake. Have the children form a small loop at one end of the chenille to form the snake's "head." Have them cut out a construction paper head and tongue, if they would like. Decorate the head and glue it to the chenille loop.

Once the beads are dry, decorate with markers. Show the children photographs of actual snakes for inspiration. When completed, slide the beads onto the chenille behind the head. Bend up the tail a bit to prevent the beads from sliding off. Add finishing touches. 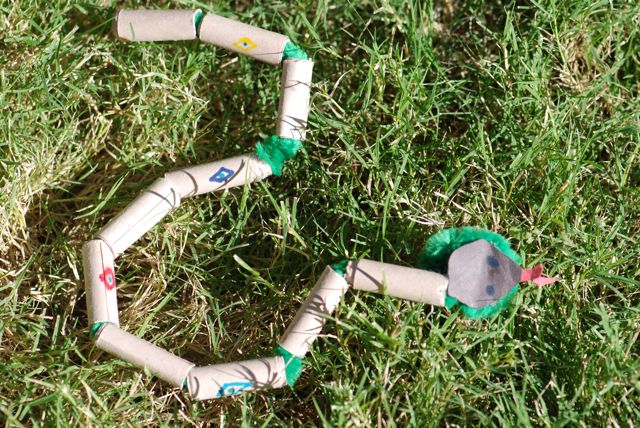 Now you have a snake in the grass.

For more information about garter snakes:

An informative video (may play ad the first time)

Book provided by publisher for review purposes. Also, I am an affiliate for Amazon. If you click through the linked titles or ads and make a purchase, I will receive a small commission at no extra charge to you. Proceeds will be used to maintain this self-hosted blog.