It is winter gardening time here in the desert and so I've been pulling out seeds saved from previous years. One container had more than just seeds: 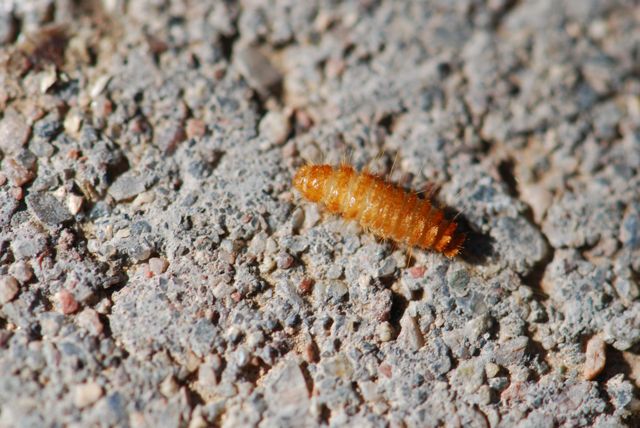 This larva isn't much bigger than a seed, but I knew right away what it was. 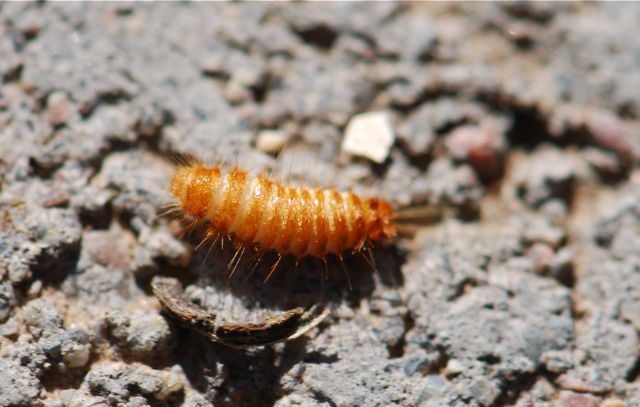 I could tell it was a so-called carpet beetle larva (Family Dermestidae) because of the bands of bristly hairs on it. Doesn't it look like a walking carpet? 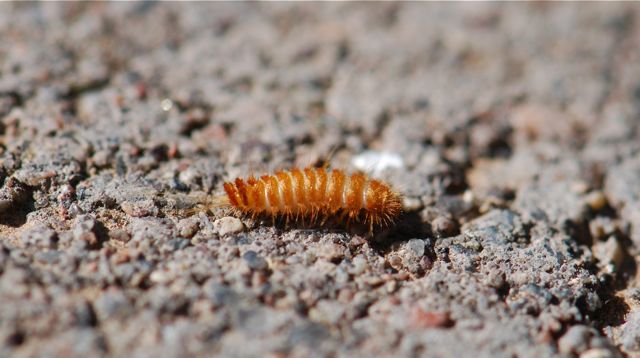 If you look closely at the end of the abdomen (left side in this photograph), you can see long bristles trailing behind it. 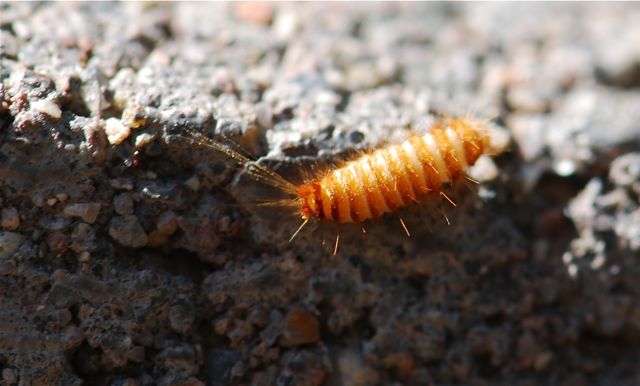 In this photograph the bristles are raised so you can see they are almost as long as the larva itself.

This larva will pupate when it gets big enough. Eventually it will become a small, oval beetle like this one. 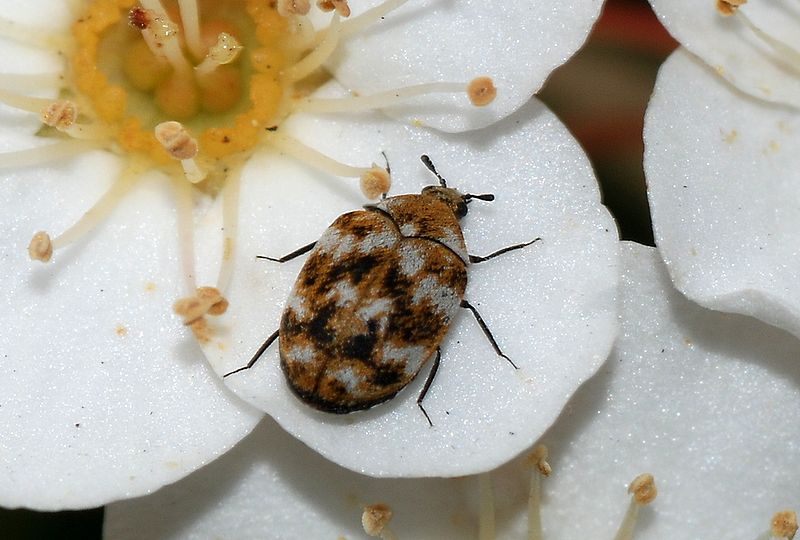 (Photograph by Alvesgaspar at Wikimedia)

The beetle's wings or elytra are covered with tiny scales like a butterfly's wing, giving it the patterned appearance.

Carpet beetle larvae are generally scavengers. They feed on dead plant parts, seeds, and various animal bits. They are nature's recyclers, but can be a nuisance if they are recycling something of value, such as seeds. Most entomologists have experience with carpet beetles or dermestids because the larvae often try to recycle the preserved insects in insect collections.

c. Molting larva (you will often see the empty or "cast" exoskeletons left behind)

e. Adult - The adult lays eggs that will hatch into more larvae.

Edit:  Mike at Slugyard has a great photo of a carpet beetle.

2 thoughts on “Bug of the Week: Carpet Beetle Larva”