The mystery "seeds" from last week are from a plant commonly called Lantana, Lantana camera. 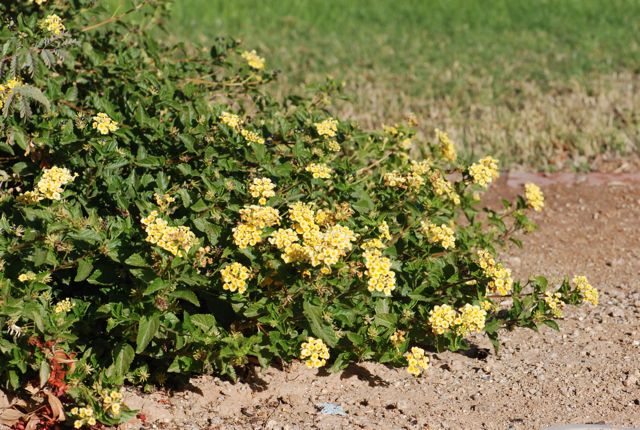 Although in some areas Lantana is considered to be a weed, it is a commonly used landscape plant in Arizona. It grows as a low shrub. 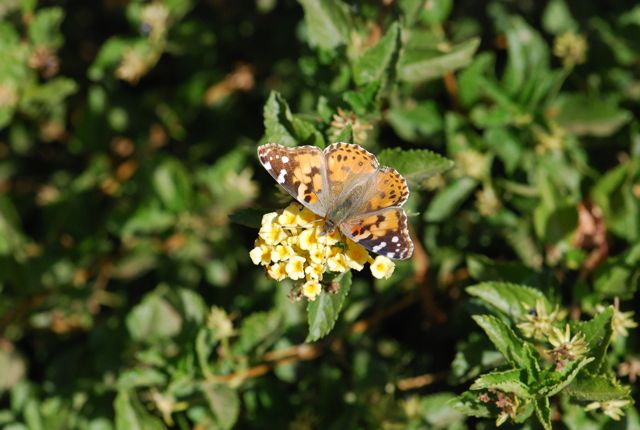 Butterflies are attracted to Lantana. The flowers form a flat platform, so the butterfly can land on them and feed. 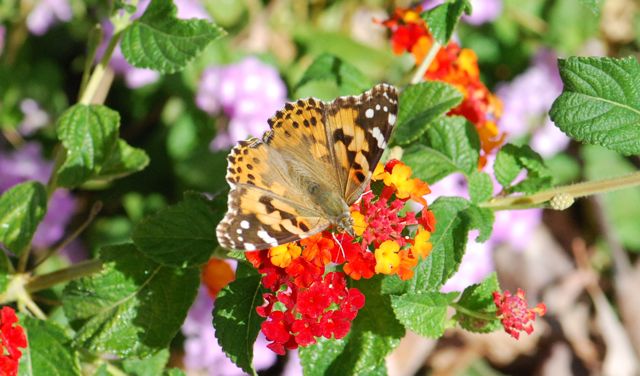 The flowers of some varieties are brightly colored, like miniature bouquets. It has been suggested in the multicolored varieties that the flowers are lighter in color when the first open and are full of nectar, and then darken once they've been pollinated.

The leaves have a distinctive odor. 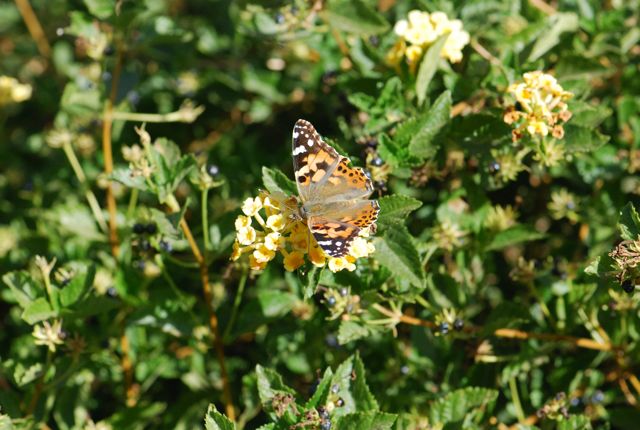 Lantana is a pretty plant, but it is poisonous. Both the leaves and green berries contain a toxin. Even brushing up again the foliage can cause a rash in some people. 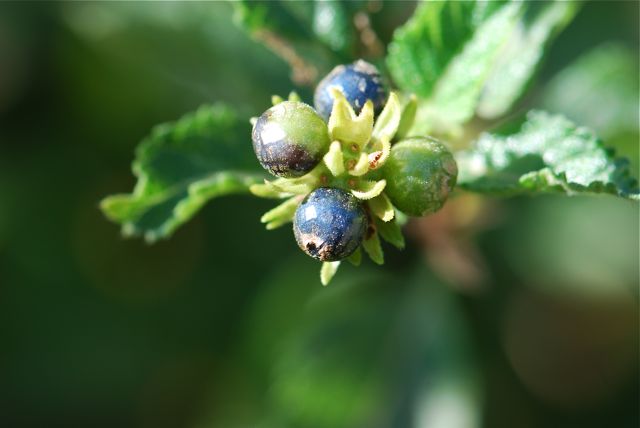 Birds do eat the ripe berries and spread the seeds. The seeds of most varieties germinate readily.

Besides being poisonous, Lantana is also known to produce chemicals in the soil that adversely affect the growth of nearby plants, so over time it interferes with both agricultural crops and native plants.

Does Lantana grow where you live? What do you think of it?