Our seeds from last week were tough to identify, but thank you to everyone who sent guesses. I appreciate your attempts because they give me great ideas for upcoming mystery seed posts 🙂

The mystery seeds were from a giraffe thorn tree, Acacia erioloba. It is also commonly called camel thorn. 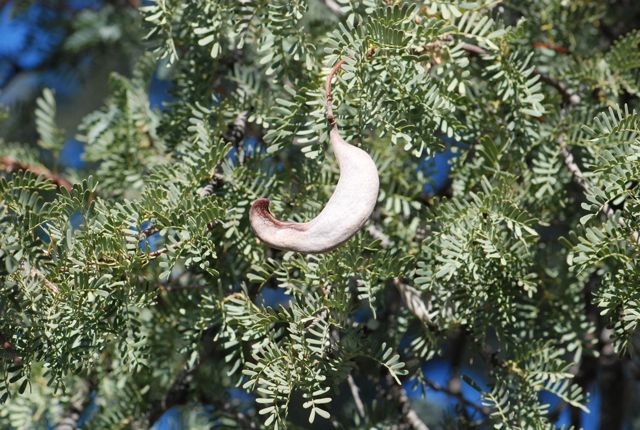 Although the tree is originally from the deserts of southern Africa, I took the photographs at the Desert Botanical Garden in Phoenix, Arizona (near the butterfly pavilion.) The University of Arizona® has a giraffe thorn in their arboretum, as well. It has serious thorns!

According to Arid Zone Trees, giraffe thorn is being introduced to the Sonoran desert area as a landscape tree. 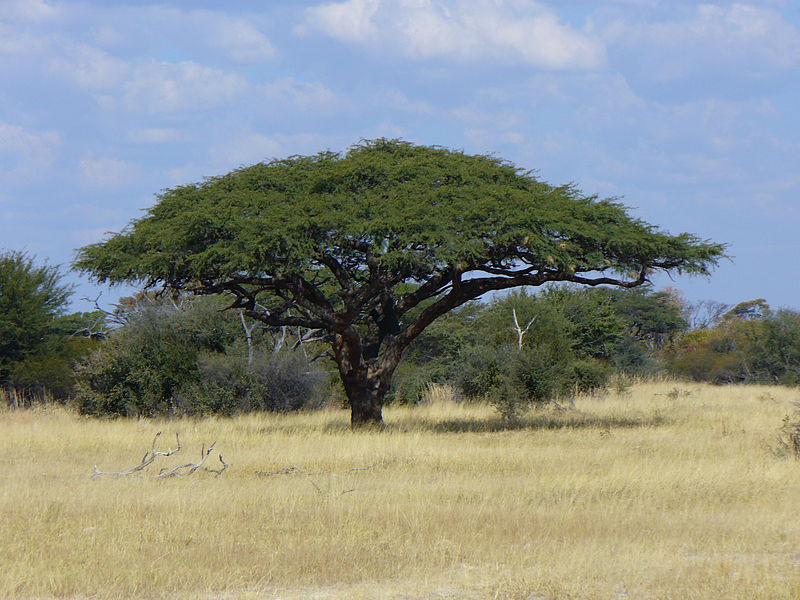 Here's what it looks like in Africa. (Photograph from Wikipedia). 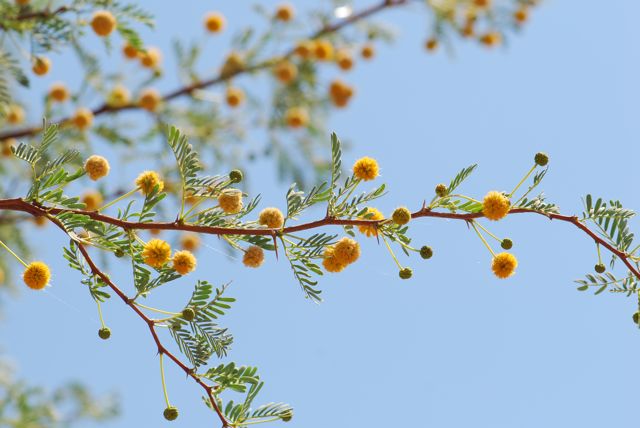 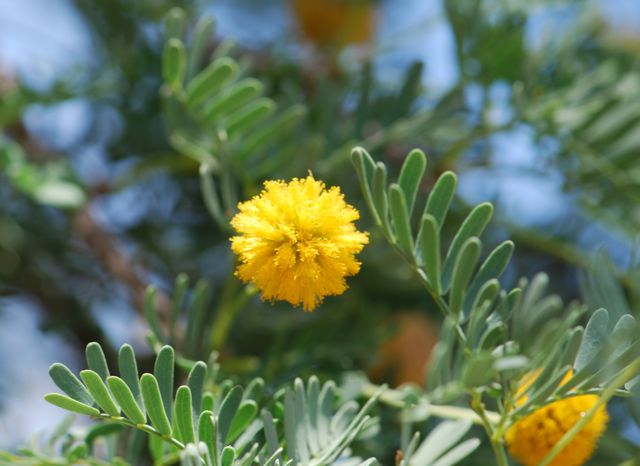 The flowers are dark yellow balls. (Edit 4/13/12:  I visited the Desert Botanical Garden and got some pictures of the actual flowers, which I have added here.) 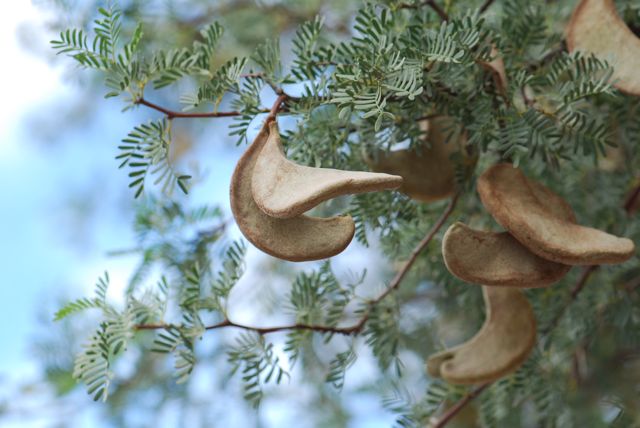 Apparently giraffes eat the mature pods and flowers. I read some suggestions that the seeds germinate more readily once they have passed through an animal's digestion system. Trees are propagated by seed.

The Wild Card has more information about giraffe thorn.

Have you ever seen giraffe thorn trees, either in Arizona or Africa?

4 thoughts on “Seed of the Week: Giraffe Thorn Acacia”