Usually scorpions are active at night. 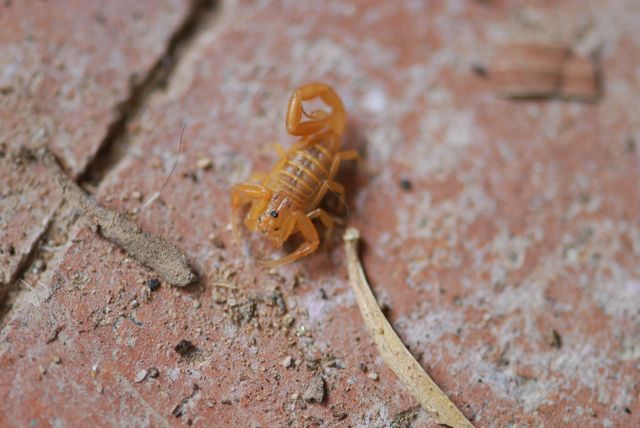 Once in awhile, however, you can spot one during the day. 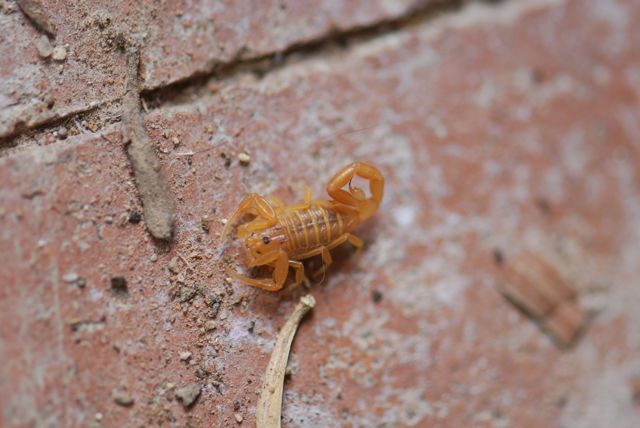 This is a youngster. I can tell by its size.

Scorpions look very different from their relatives, the spiders. 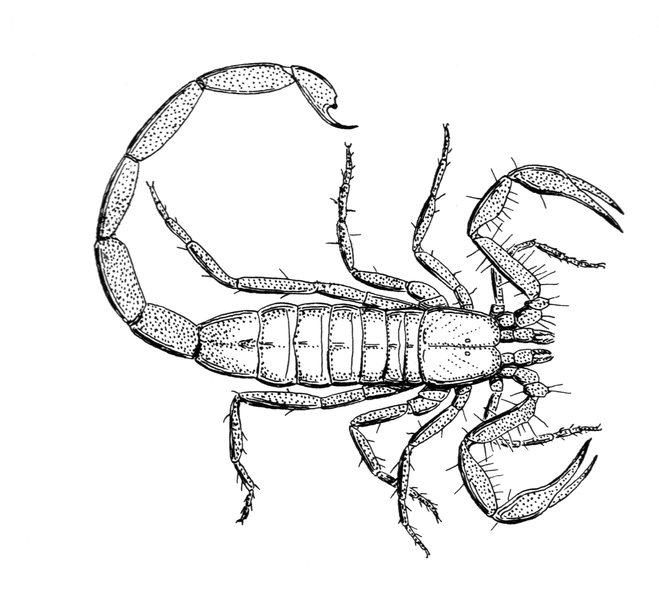 The parts of a scorpion are not always easy to identify. For example, how many legs does a scorpion have? Does it have eight legs (as it should since it is supposed to be an arachnid), or does it have ten? What do you think after looking at the photographs and line drawing?

Answer:  Those two pincher-like appendages at the front are called pedipalps and are not considered to be legs. Therefore a scorpion does have eight legs.

Another feature of scorpions is that they don't have distinctly separate body regions. 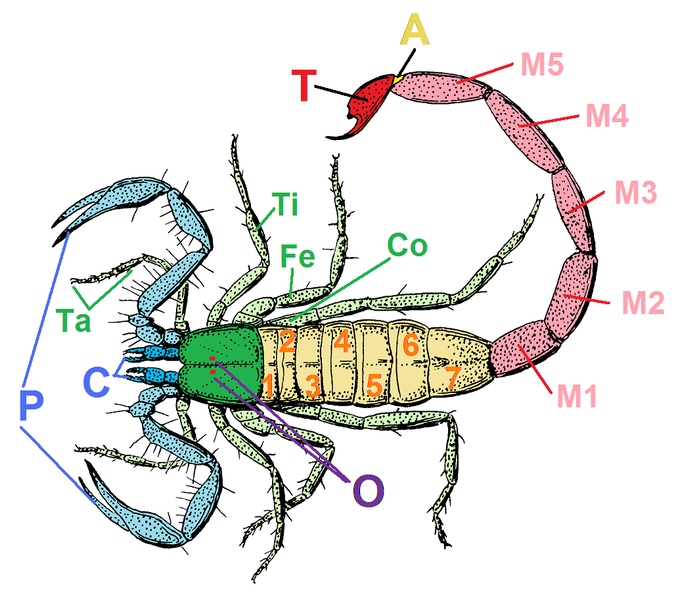 Perhaps this colored diagram will make it easier. In this case, the legs are colored  light green and the pedipalps are blue. The dark green area is the "head" region (called the cephalothorax). Do  you see the black dot that seems to be in the middle of the "head" region in the photographs above? Those are the median eyes, shown as red dots labelled "O" here. The scorpion also has lateral eyes on the front sides of its "head," which you can see in the photographs. The darker blue appendages are the chelicerae, which are mouthparts.

The middle part of the scorpion is colored yellow and is called the mesosoma. The tail, colored in pink, is the metasoma. Finally, the business end is the bright red telson that contains the stinger.

Why do scientists identify and name the various parts? One important reason is to be able to describe characteristics of different species (and higher groups) accurately so that others are able to tell them apart, too.

Bet you didn't think you would be looking this closely at a scorpion today. 🙂

Do scorpions occur where you live?

If you are interested in finding out more, try the middle-grade book Scorpions: Armored Stingers by Sandra Markle (link takes you to a review at Wrapped In Foil).

2 thoughts on “Bug of the Week: Scorpions”