The sunflowers are quite lovely this week and are attracting a number of insects. 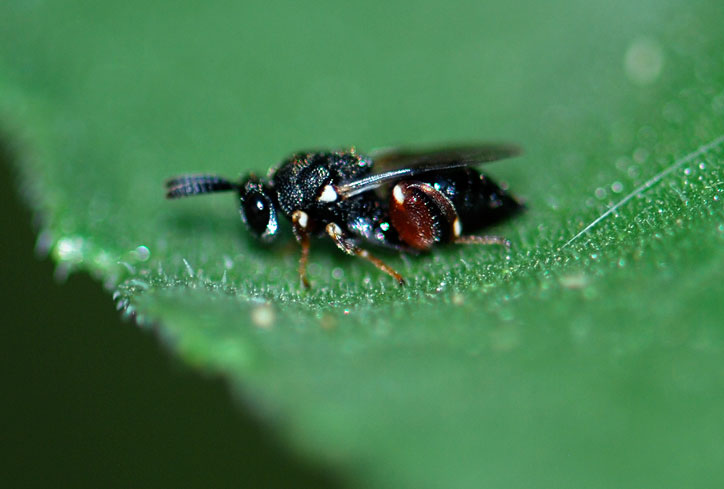 One of the insects that was hanging out on a sunflower leaf was a tiny chalcid wasp.

The first thing I noticed was the hind leg. The femur, which would be the thigh region on a human, is greatly enlarged and reddish brown. 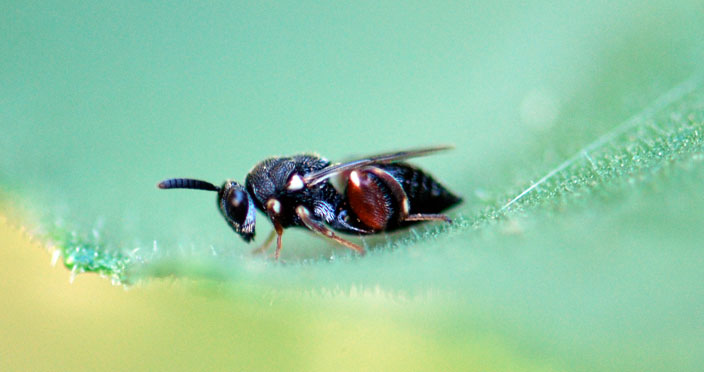 Here's a better view. Notice the brilliant light blue around the eyes. This is a very pretty little wasp.

Chalcids are parasitic wasps. Their larvae feed on or in another insect that is larger than they are. Chalcids often feed on caterpillars or fly larvae, although some use bees or beetles as hosts. I'm not sure what species this is or what it eats. The enlarged femora (plural form of femur) are thought to be used to hold or manipulate the hosts while females lay their eggs.

Although they are called wasps, they are so tiny they are not harmful to humans in any way. If the caterpillar or fly they feed on is a pest, then they are considered to be beneficial insects. Some chalcids are available commercially for biological control efforts.

Although this wasp is pretty small, one of it's relatives is considered to be the smallest insect in the world. The male of Dicopomorpha echmepterygis is smaller that a one-celled parmecium!