It is so fun to travel to new places and meet new insects. Take, for example, the banded woolly bear, Pyrrharctia isabella. 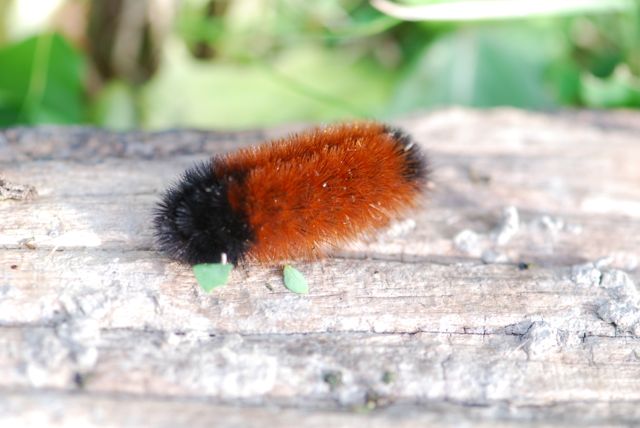 We don't have this species of caterpillar in the low deserts of Arizona (although we do have another type people call woolly-worms). Banded woolly bears like this one are found further north, where the winters are cold and snowy.

Banded woolly bear caterpillars eat a variety of plants, including grasses, certain trees, and wildflowers such as asters and sunflowers.

In the fall when they are finished eating, banded woolly bears crawl here and there in search of a protected place to overwinter. That's when most people see them. 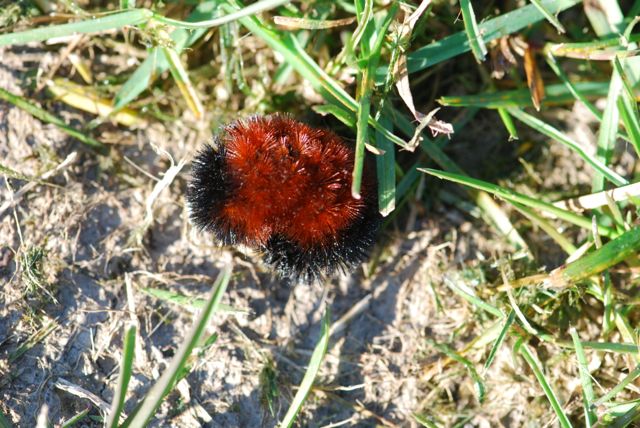 If you try to pick one up, it will curl up into a ball and remain still. After a short time, it will uncurl and crawl away. 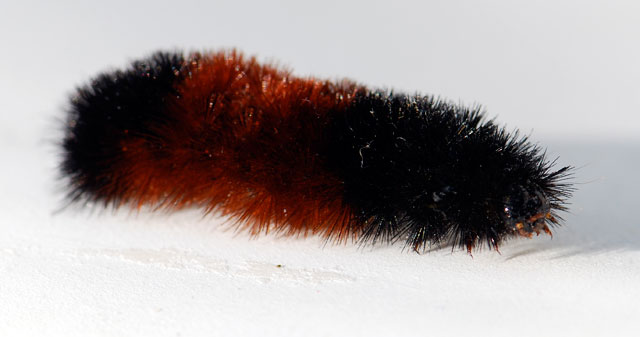 Do you know what the caterpillar turns into? In the spring, after spinning a cocoon and pupating, the banded woolly bear becomes a yellowish Isabella moth.  (See more photographs of the Isabella moth).

Scientists have been studying how the caterpillars and their relatives manage to survive under freezing conditions. In one extreme case, another woolly bear from the Arctic lives for many years by feeding briefly in the summers and then freezing up - for as many as fourteen or more years in a row - before becoming an adult.

Discovery Channel has shared an amazing video from Frozen Planet. Note:  The video shows a close-up shot of caterpillars freezing and thawing with dramatic music, which may be disturbing to certain sensitive children. Also, a second video comes up that takes about the filming.

Young readers might enjoy Oh No, Woolly Bear!, a Lift the Flap Book by Patricia McFadden and illustrated by Michéle Coxon.

3 thoughts on “Bug of the Week: Banded Woolly Bear”