One from the archives:

This little insect might not have ever caught my eye if it had been on a plant. 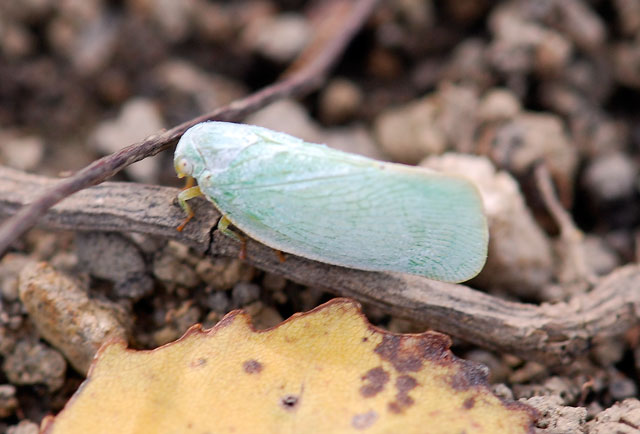 Of course, against the brown twig and soil you can really see it. 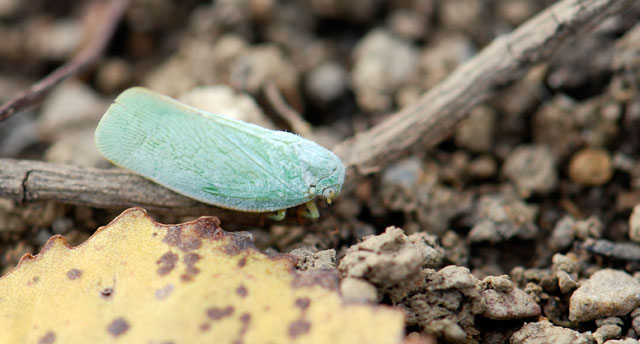 The adults and nymphs suck fluids from plants.

Planthoppers can hop, as their name implies, but often they simply shuffle to the other side of a stem when approached.

You can see the citrus flatid planthopper move in a characteristic way at the end of this short video.

The flatid planthoppers appear to have a soft white glaze, which is actually a powder of wax they produce themselves. Some scientists have suggested that the wax helps the insects escape from predators. The white wax may make the insects look moldy, so birds think they are unpalatable.

I wonder if anyone has looked into the properties of those waxes. Are flatid planthoppers easily overlooked insects with overlooked potential?