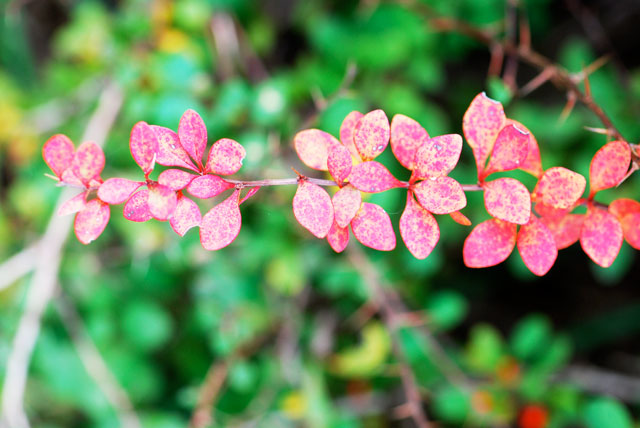 The Japanese barberry is an ornamental shrub, often grown for its lovely fall color. Its leaves turn shades of red. 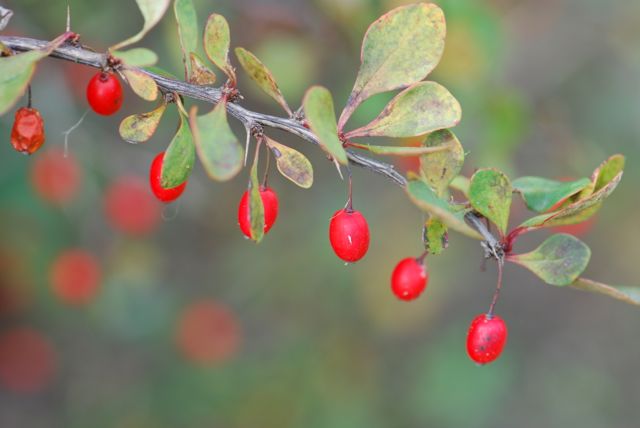 In the fall it is also covered with bright red berries. 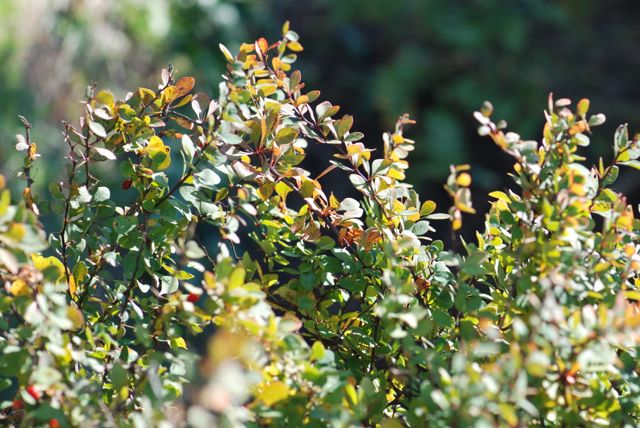 The foliage is dense, forming a compact shrub that doesn't require much pruning. 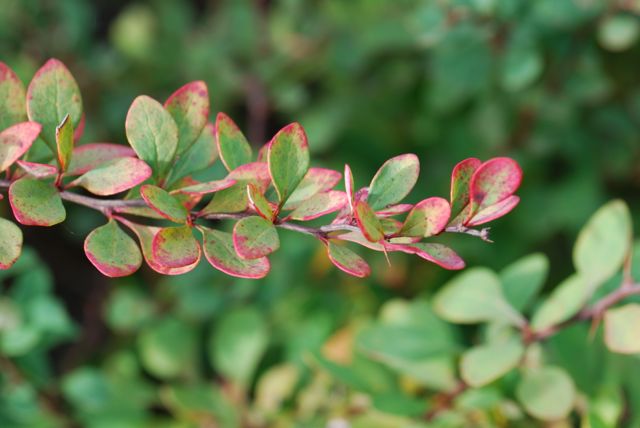 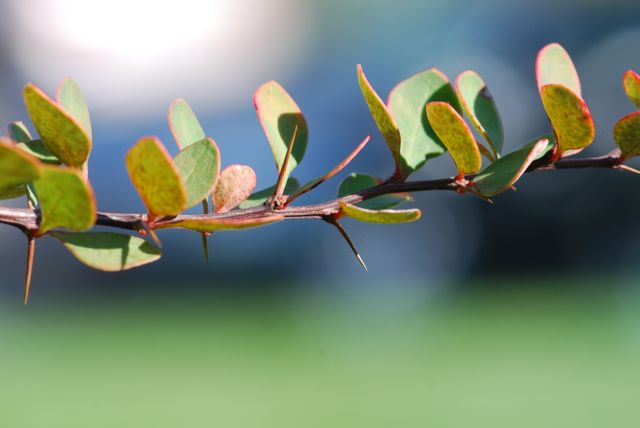 That is good, because the plant does have thorns. 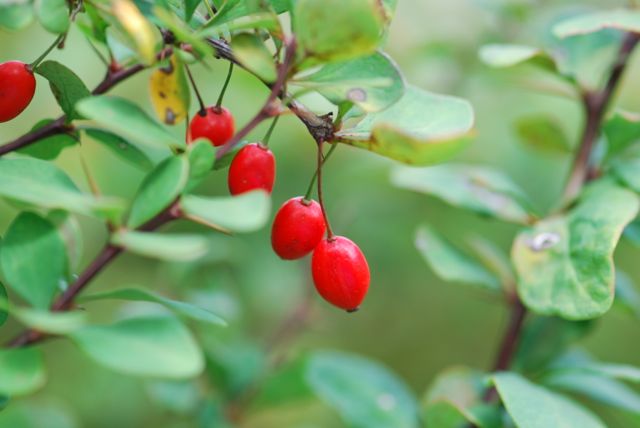 Japanese barberry, as its name suggests, was originally from Japan/Asia. It was brought to the U.S. in the 1800s and is found growing throughout much of northern and eastern North America.

Recently the Japanese barberry has been added to invasive species lists because it has escaped cultivation in some areas and is replacing native plants.

There are a number of species in the genus Berberis. Some of them are native.

One species, the common barberry, Berberis vulgaris resembles the Japanese barberry except it has loose groupings of fruit rather than single fruit. 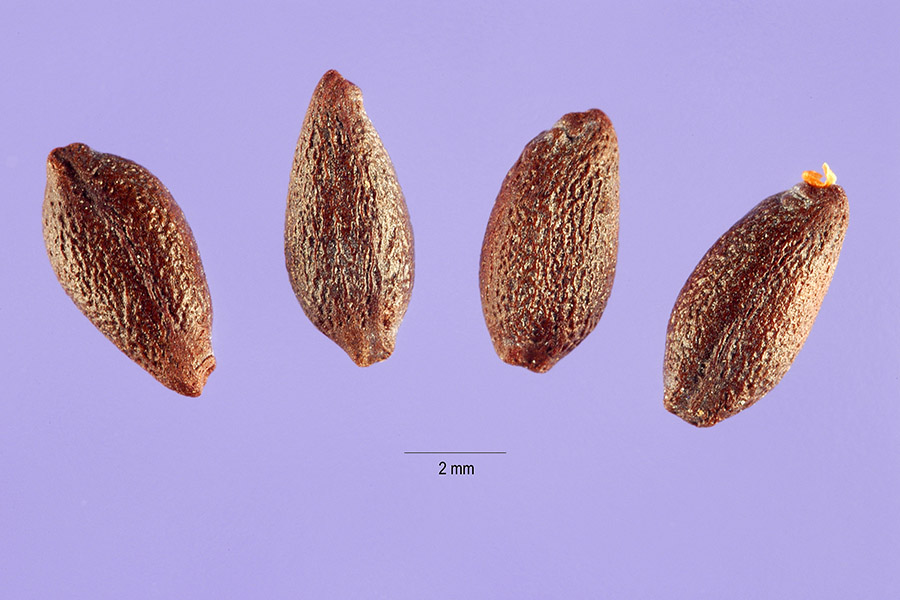 The common barberry seeds are similar as well.

On a personal note, my parents have had a pair of Japanese barberries that have been at the front of their house for probably 60 years.

Do Japanese barberries grow where you live? Do you know how old they are?

6 thoughts on “Seed of the Week: Japanese Barberry”