Our mystery seeds from last week came from a genus of plants that we have a love-hate relationship with, goldenrods (genus Solidago).

What's to hate about goldenrods? 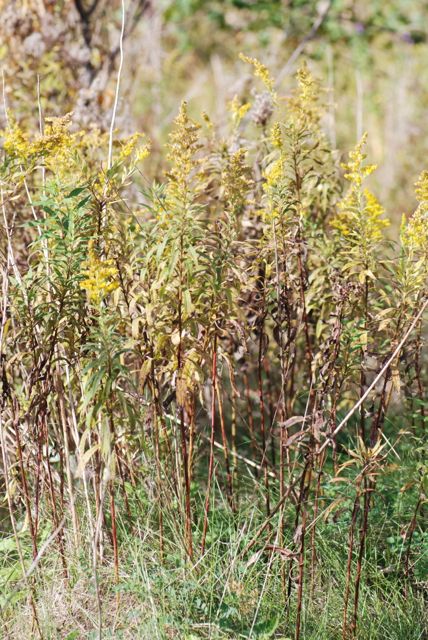 Goldenrods are perennials found in "weedy" situations such as old fields, along roadsides and ditches. They grow very well under poor conditions, which means they can really take over if given the good conditions of a garden. 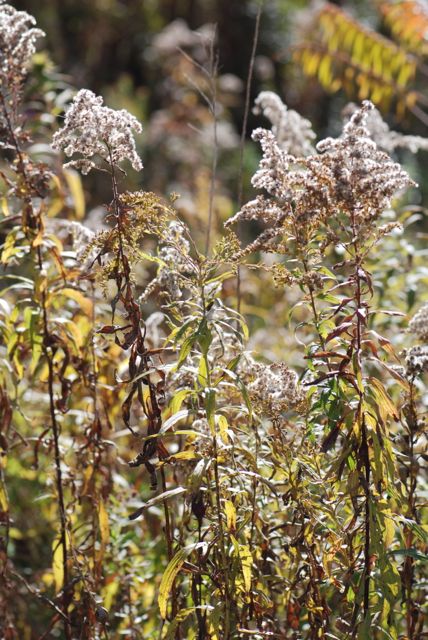 After the glorious yellow blooms are gone, the broom seed heads can look dull and messy.

When I was growing up, goldenrods were blamed for any fall pollen allergies because there they were, blooming brightly in the fall when everyone was sneezing. It turns out that the goldenrods were being accused unfairly. As with many plants, those with showy flowers are aiming to attract insect pollinators and have big, sticky pollen. The plants rely on insects to carry the pollen from flower to flower, and very little gets into the air. The  actual culprits were plants that throw their pollen willy-nilly into the wind to be inhaled by everyone. These were plants with tiny, inconspicuous flowers that no one noticed:  ragweeds.

Once it was revealed that goldenrods were not truly villains, people began to eye them for use in the landscape. After all, many species are native. They are really wildflowers, not weeds.

What's to love about goldenrods? 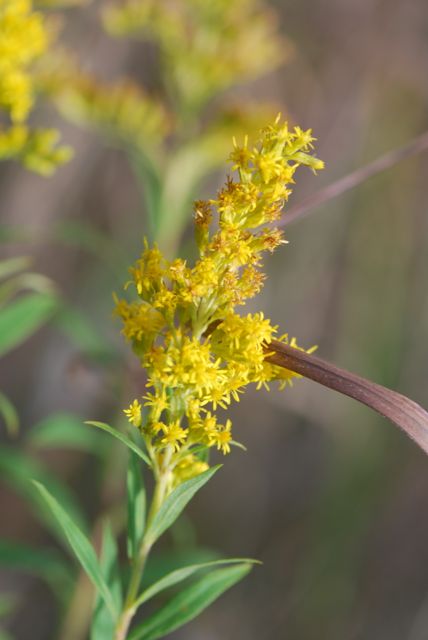 Goldenrod plants produce their lovely yellow flowers in the late summer and fall when many other plants are finished for the season. They are an important source of food for many beneficial insects, such as native bees and several species of butterflies. 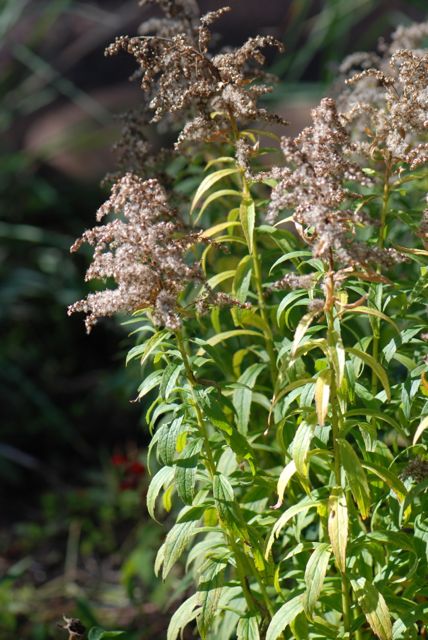 Varieties have been developed for the garden that are better behaved. These plants were growing in a garden in Pinetop, Arizona.

Some species are being considered for use in places where other plants might not grow well, for example this species of goldenrod that grows in salt marshes might grow where salt is applied to roads in the winter. 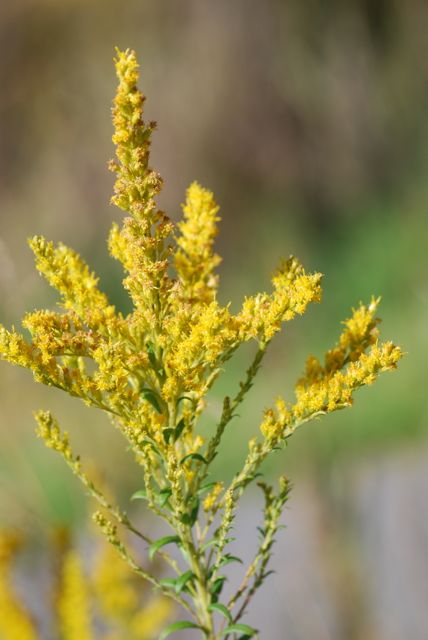 Goldenrod flowers can also be used as a natural dye for yarn.

If you'd like to learn more about the kinds of goldenrod that grow where you live, you might want to pick up a guide to wildflowers like one of these: