"What is it?" the woman asked, and handed me this creature. "Cool," I said, which is probably not what most people would say :-). 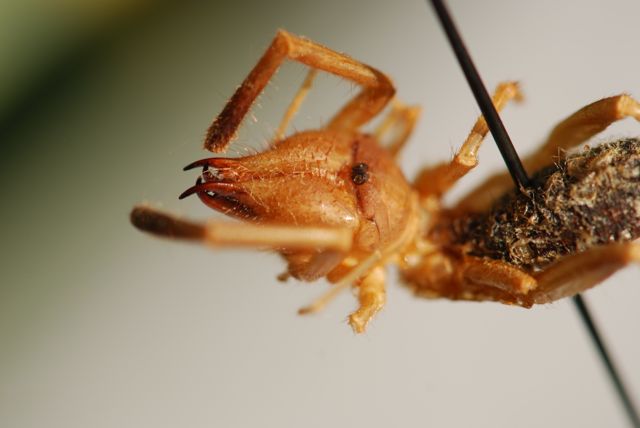 It turns out I knew exactly what it was. This fearsome-looking invertebrate has a number of common names, such as sunspider, windscorpion, camel spider, solfugid or solpugid. It belongs to the order Solifugae, which contains approximately 12 families.

Sunspiders are unique to deserts. They are not true spiders nor scorpions, but they are arachnids. They have eight legs, plus a pair of leg-like appendages in the front called pedipalps. The pedipalps have sensory functions, like the antennae of insects, and also hold and manipulate food items. 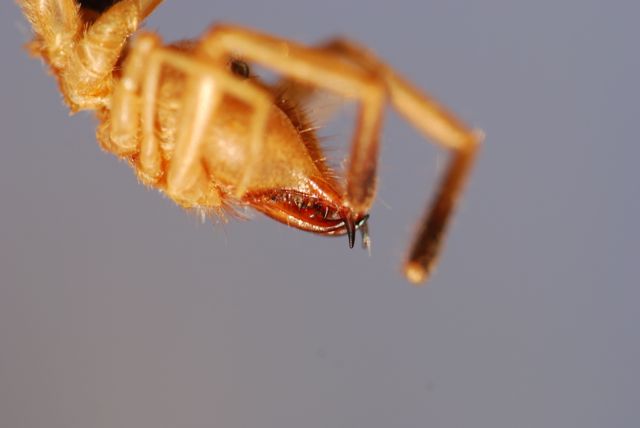 The features that catch most people's attention, however, are the large jaws or chelicerae. They use the chelicerae to catch insects and other small animals. 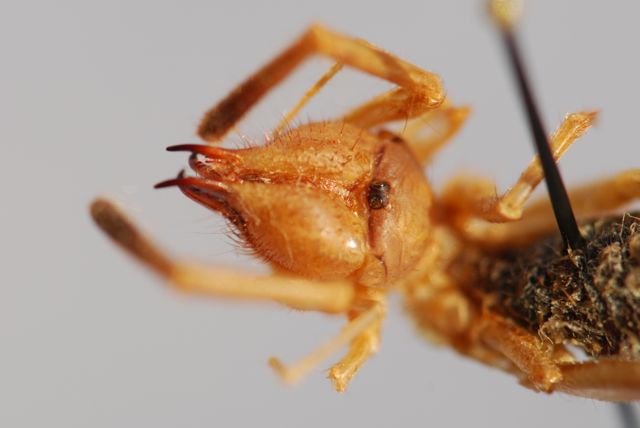 Can you see the dark spots in the middle of the head behind the chelicerae? Those are the eyes.

Sunspiders hunt at night, like most other arachnids. They can move very quickly to grab prey. They are also thought to be scavengers, eating dead insects as well as live ones.

The good news is that sunspiders are not venomous and most of the small ones are pretty much harmless to humans. They are likely to run away if startled. In fact, little is known about these shy desert inhabitants.

Have you ever seen a sunspider?

To find out more about camel spiders, see National Geographic.

Author Sandra Markle has a new children's picture book, with the slightly misleading title:  Wind Scorpions: Killer Jaws (Arachnid World). (I guess they are killer jaws if you are a cricket.)