Once again we have a photograph from the archives. 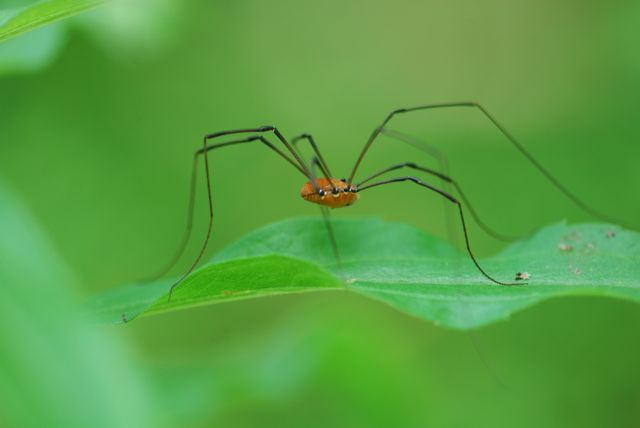 Do you recognize this long-legged creature?

Commonly known as harvestmen or sometimes daddy long-legs, these spider relatives belong to the Order Opiliones.

How can you tell it isn't a spider? One clue is the fact its body looks like a single piece, whereas spiders have two distinctly separate body sections. (If you look closely, however, you will discover that harvestmen have the same body parts, they just are not separated.)

They also differ from spiders by possessing fewer eyes, having two rather than six or eight. Finally, they lack both venom and silk glands, both of which spiders are known for. They are non-aggressive, largely nocturnal arachnids.

What do they eat? Harvestmen eat a wide variety of materials, and some species are omnivores or scavengers rather than true predators.

Have you ever spotted a harvestmen? Where did you see it?