We see these little, mostly black insects every year on the snapdragon flowers and buds. 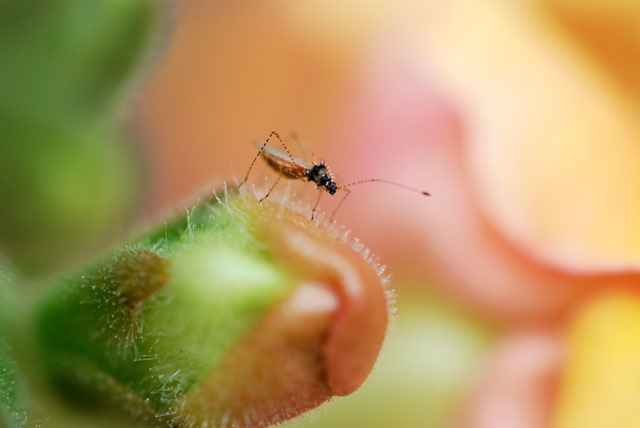 They look like a cross between a mosquito and an assassin bug, with long legs, a slender body and long slender antennae. 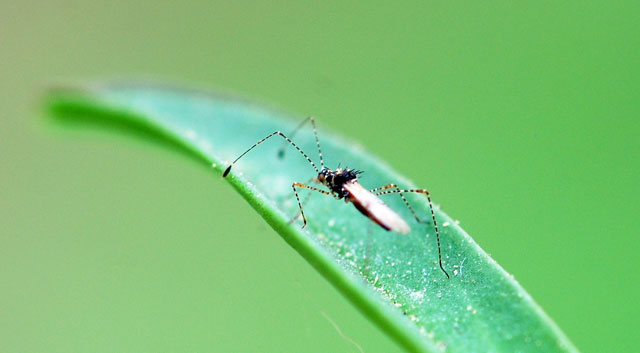 Can you see the spikes on the thorax?

The stripy legs resemble certain mosquitoes, but they don't act like mosquitoes. They simply walk to the other side of the plant when approached, rather than fly away. 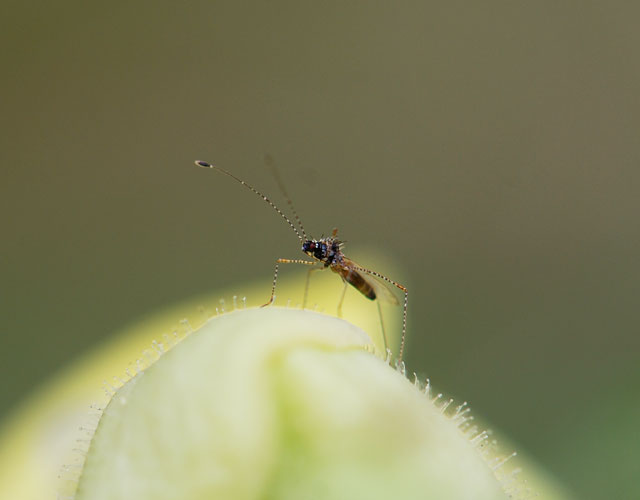 This photograph show some of the characteristics used to identify it. Under its head is a yellowish beak or proboscis, which means it is a true bug. It could have been a thread-legged assassin bug, but its antennae are made up of four segments with the end segment swollen (like a butterfly antenna). That makes it a stilt bug, family Berytidae.

These particular stilt bugs are plant feeders, but other members of the family may be predators. 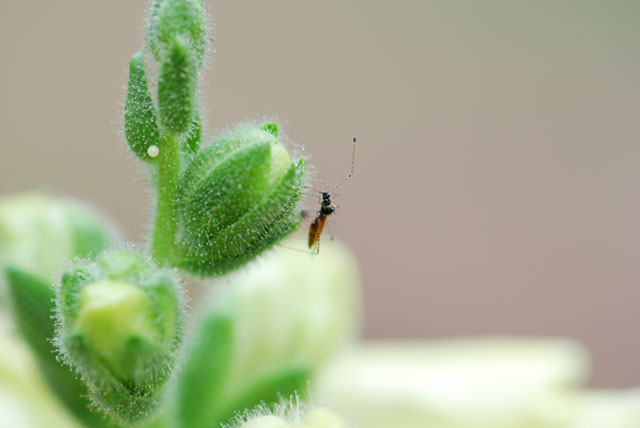 Those long "stilt" legs probably help them avoid the sticky protective hairs of the snapdragon plant.

Do you see any evidence in this photograph that another insect might be sharing the snapdragon flowers soon?