That reddish-brown crud we call "rust" is all around us, yet we probably rarely think much about it. It turns out what we call rust is a chemical process that combines iron (Fe) and oxygen (O) to form iron oxide. Thus, by studying rust we are studying chemistry!

What is happening? During this reaction the iron atoms are passing electrons to the oxygen atoms, a transfer that is called oxidation. In the process the atoms are bound together. 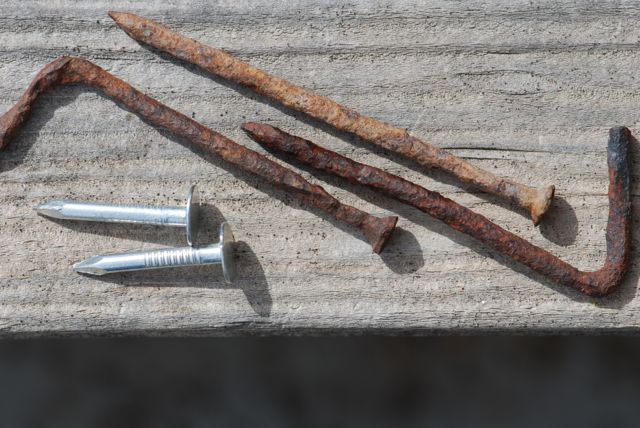 Because it is a slow process, doing experiments with rust takes a few days.

Place a sample of all the objects in a container of water and check them every day for a few days. Leave the rest of the objects nearby or in a similar dry container to compare what happens. See which objects start to show signs of rust and which do not. Let the children touch and smell the objects that have rusted. Do they feel different? Do they smell? Do they look different?

2. What environmental conditions are needed for iron to rust?

Can iron rust in dry air or is water needed? Does the presence of acids, such as acid rain, speed up rust? What about salt? Do the salty roads in winter or salt spray from the ocean really make cars rust faster? What happens when the tannins in tea meet iron/rust? Let's find out.

Gather for each participant: 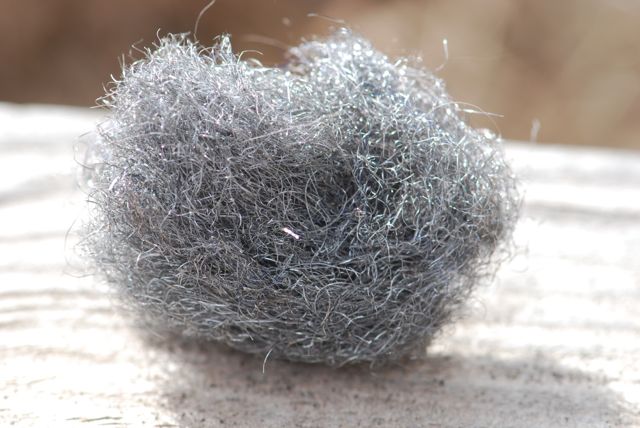 Note:  Why fine steel wool? The coarser steel wool you get to clean dishes is stainless steel, which is resistant to rust. For another experiment, get samples of both and try them side by side.

Note 2: The tea isn't central to the question, but does react quickly which may engage impatient youngsters who might otherwise lose interest. You may definitely omit it.

Prepare the tea by soaking one or two tea bags in hot water in a container such as a tea mug for about three minutes. Stir briskly and discard tea bags.

Make saltwater by adding 2 teaspoons of salt per 8 ounces of water and stirring. 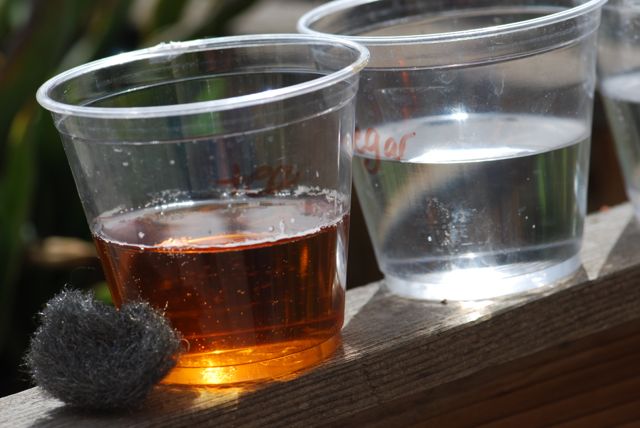 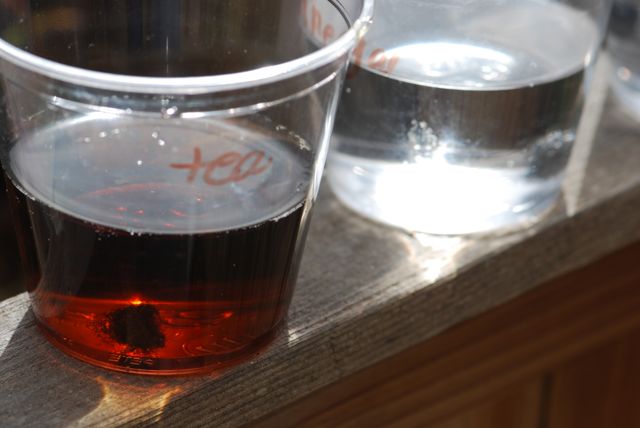 Check what is happening after 15 minutes. 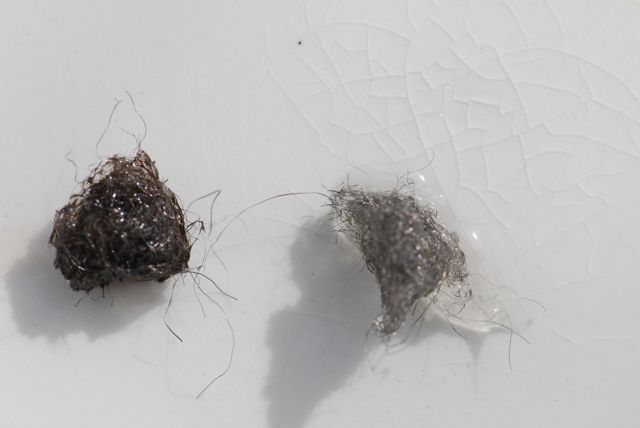 What is happening? The tannins in the tea are reacting with the iron and rust in the steel wool to make iron tannate. Iron tannate is very stable and people are investigating its use to prevent metals from rusting. 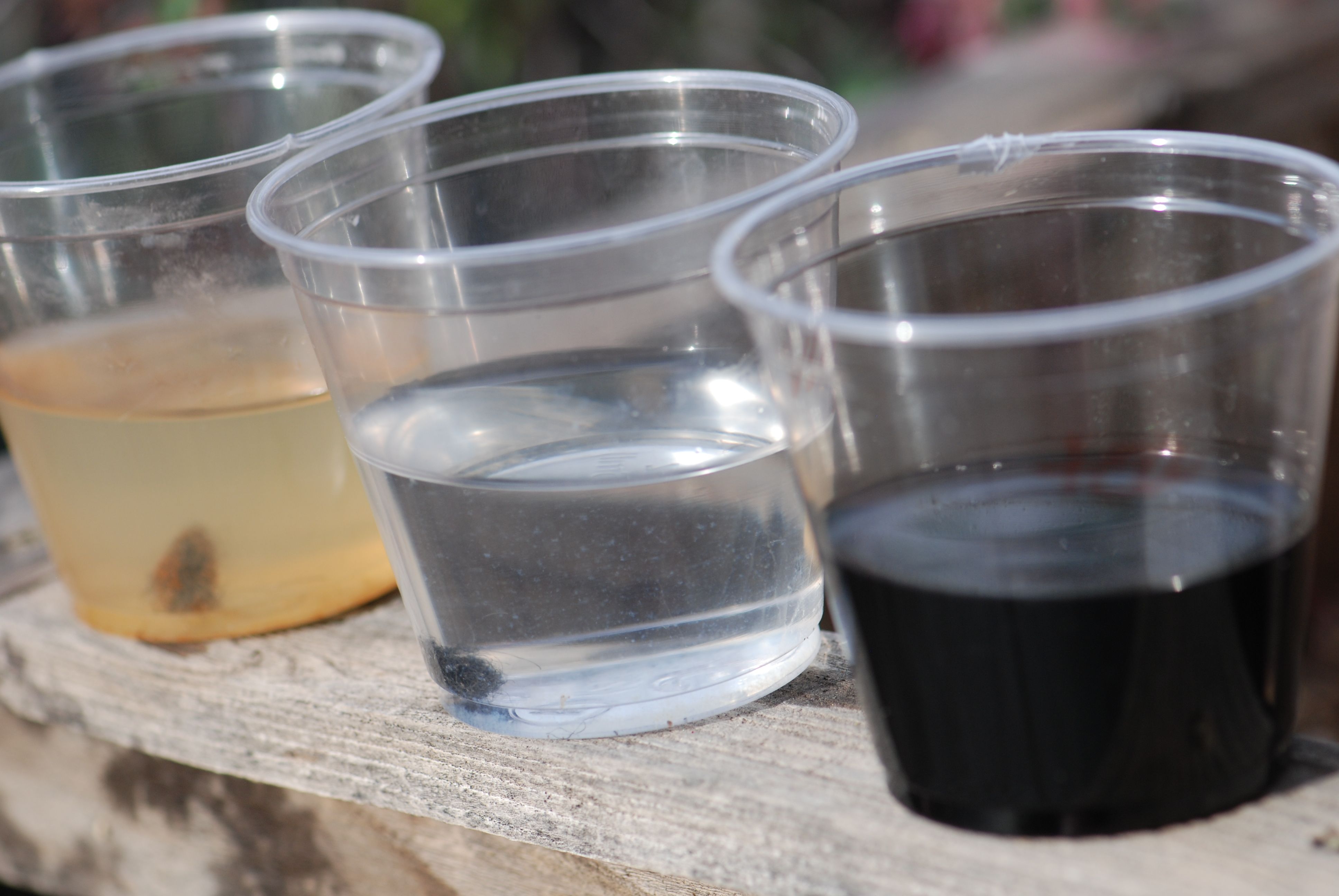 The tea, on the right, has turned black with a concentration of iron tannates. The water, on the left, and the saltwater (not shown) are turning brown and the steel wool is beginning to rust.

The vinegar (center) is still clear and the steel wool is not showing rust. Why not? One reason might be that the vinegar has been setting on a shelf in a closed jar and might not have much oxygen in it. How would you test this?

The dry steel wool is not rusting either. Even though the chemical equation shows that only iron and oxygen are needed, the chemical process actually needs some water or another catalyst to be present to get the reaction going.

why we paint metal objects like the San Francisco bridge?

A word of caution to educators:

During preparation for this post I came across a couple of references to experiments that promised "fast rust." These experiment required mixing bleach and vinegar. Mixing bleach and vinegar is not a good idea! The acid reacts with the bleach releasing chlorine gas. In small amounts the chlorine gas reacts immediately with the iron to give iron chloride, which looks like rust. If you add an excess amount, however, toxic chlorine gas might possibly be released.

106 thoughts on “The Chemistry of Rust (Oxidation)”