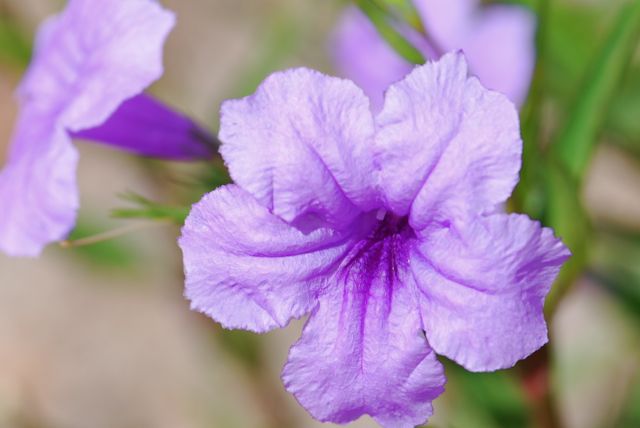 Ruellias are also called desert or wild petunias because their flowers resemble petunias, although the plants are not closely related. Usually the flowers are purple, but some varieties are pink or white. There is also a dwarf form. 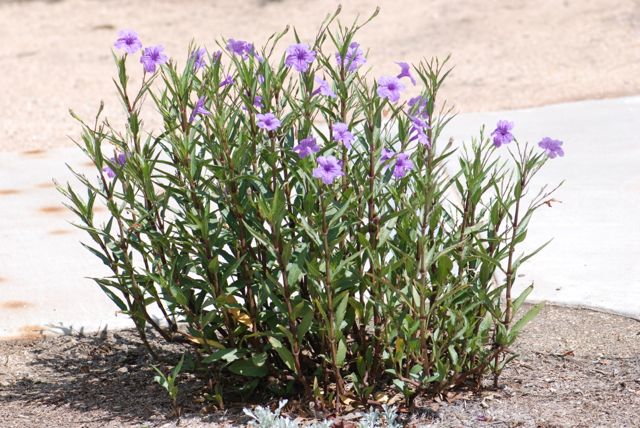 Common ruellias can be quite aggressive unless constrained. The plants can spread vegetatively underground or by seeds and they are considered an invasive weed in many places.

In fact, one kid-friendly aspect of some ruellias is that the pods shoot open to release their seeds explosively, as shown in this video:

Here in Arizona we have a native ruellia called wild violet petunia (Ruellia nudiflora) that would make a great substitute for the invasive kind.

Does ruellia grow where you live?

1 thought on “Seed of the Week: Ruellia”