The locust borer from a few weeks back belongs to the group of beetles known as long-horned beetles, family Cerambycidae. 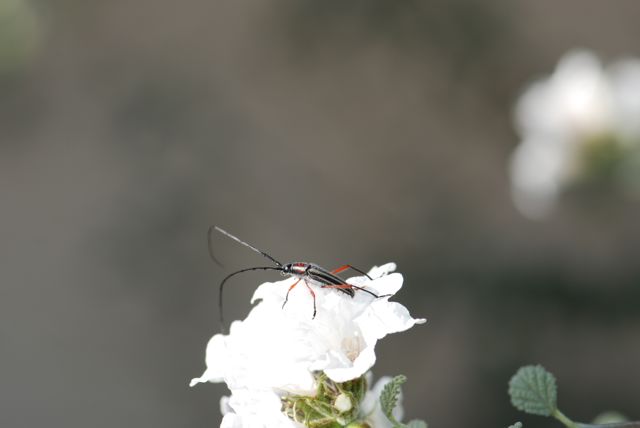 Today we have another example. The Cerambycidae are named for their long antennae, often much longer than the insect's body. 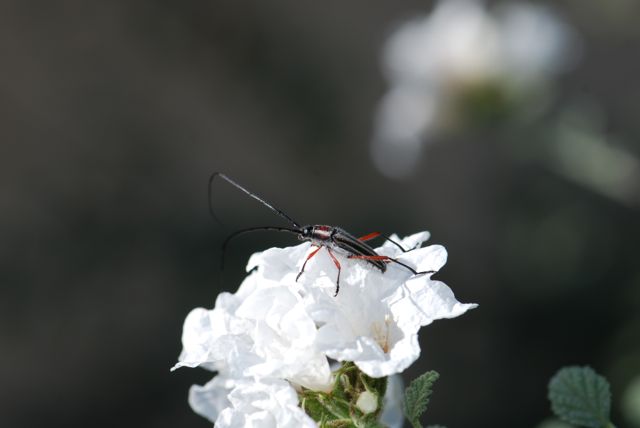 I'm pretty sure this is the striped longhorn or double-banded bycid, Sphaenothecus bivittatus. The larvae feed on mesquite and there was a mesquite tree about three feet away from where this photograph was taken.

The next week I went back out to look again, but the flowers had quit blooming so I didn't have any luck finding more. Shows that sometimes you just have to be at the right place at the right time.