Our mystery seeds last week were from plants in the genus Allium, garden leeks. There seems to be some conflicting information about the species name for leeks, but I'm going to go with the USDA, which uses Allium porrum. Others say Allium ampeloprasum, (sometimes under variety porrum), but the USDA says that is the broadleaf wild leek.

In any case we're talking about the onion relative that has a mild flavor and is used in soups and stews. 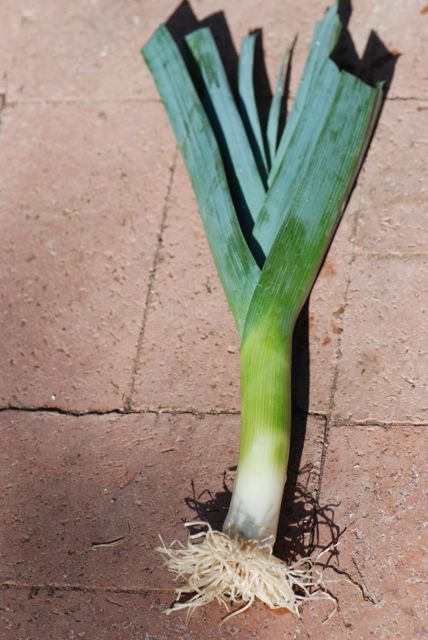 In contrast to onions, which have hollow leaves that are round in cross section, leeks have thick, flat leaves that overlap, giving them a braided appearance.

Leeks may be sown into the garden as seeds or as started plants. They are pretty easy to grow. 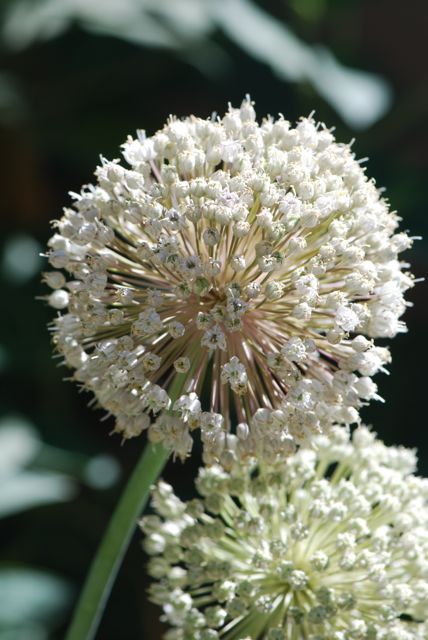 In the second year that plants produce a ball-shaped cluster of flowers. The leek flowers tend to have a pinkish tinge. 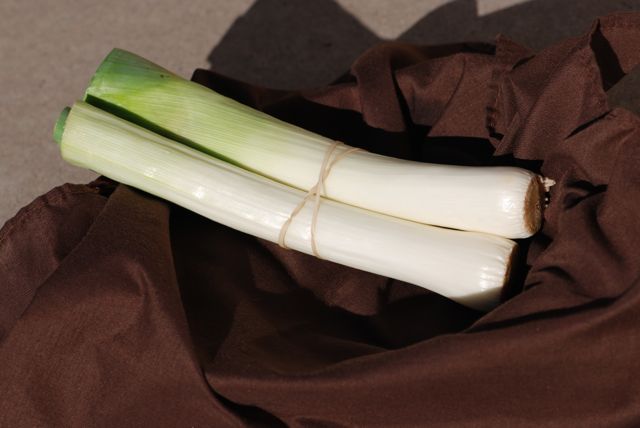 The white part of the leek is used in cooking. It is a group of leaf sheaths, rather that a bulb or stalk.

For a little something different, I thought I'd share recipe. 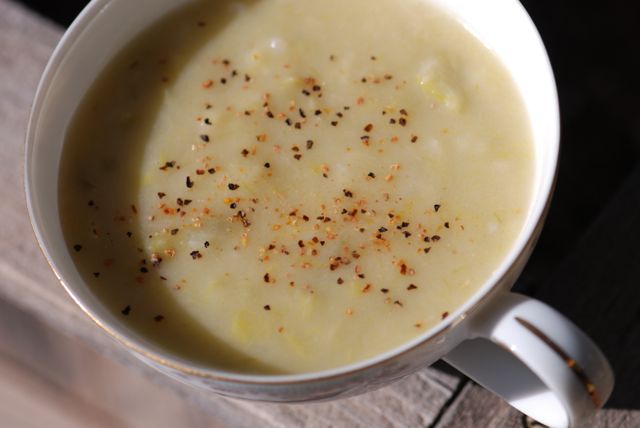 Wouldn't a warm cup of leek and potato soup be nice on a cold day?

1. Prepare the leeks:  Because the white part of the leek grows in layers more loosely connected than the tightly-packed bulb of an onion, it has a tendency to get sand and grit inside. Most recipes neglect to tell you this, but you need to get the sand and grit out of the leeks before you cook them. First, cut off the roots and green parts of leaves, leaving the white straight part. Slice the leek lengthwise and then chop them into semi-circles. Place them in a colander and wash carefully with running water. Loosen the layers with your fingers so the water can get between into the trapped sand or soil (TheKitchn has more about leek preparation). It isn't difficult, but is more work than simply chopping onions.

2. Melt the butter in your favorite soup pot over a medium heat. Add the peeled, cubed potatoes and the clean, chopped leeks. Cook, occasionally stirring gently, for about five minutes until the vegetables have started to soften and are nicely coated with the butter or oil.

3. Add liquid of your choice (water, stock or broth) and salt (optional). Bring to a boil over medium high heat and then reduce to a simmer. Simmer 30 minutes, so the potatoes are now soft.

5. Serve hot in cups or bowls.

In the photograph above I added some pepper for visual interest, but this mild tasting soup is probably best just by itself.

Do you have a favorite recipe that uses leeks?
If you chose, please leave a comment with your experiences with garden leeks.

2 thoughts on “Seed of the Week: Garden Leek”