I have been keeping an eye on the milkweed bug nymphs. 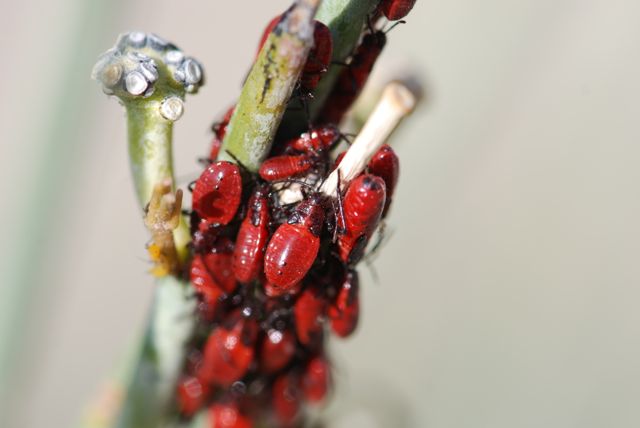 They seem to be growing, but they still aren't adults yet.

I said last week they probably are going to become... 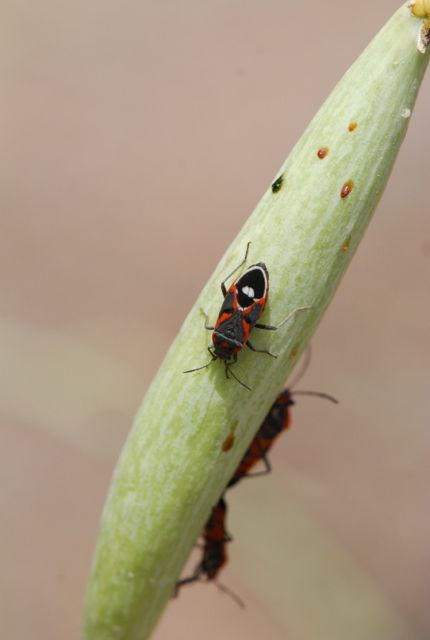 ...the small milkweed bug, Lygaeus kalmii, which has two white spots on its wings. I'm not so sure now, because they are getting larger.

There are a number of red and black true bugs found on milkweed plants. 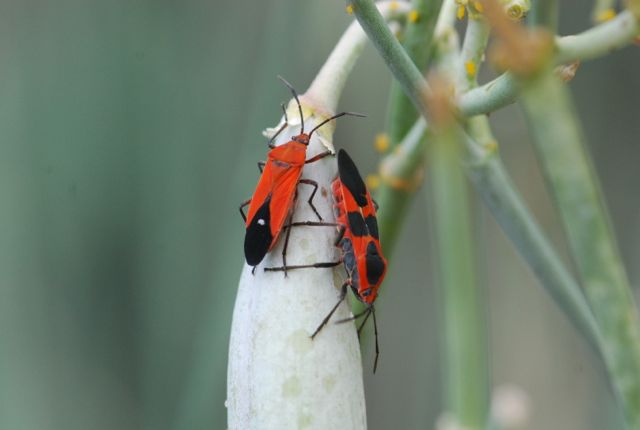 Can you see the differences between these two bugs?  The black-belted bug on the right is a large milkweed bug, Oncopeltus fasciatus. The red and black bug on the left with one white spot on its wing and no "belt" is Oncopeltus sanguiniolentus. 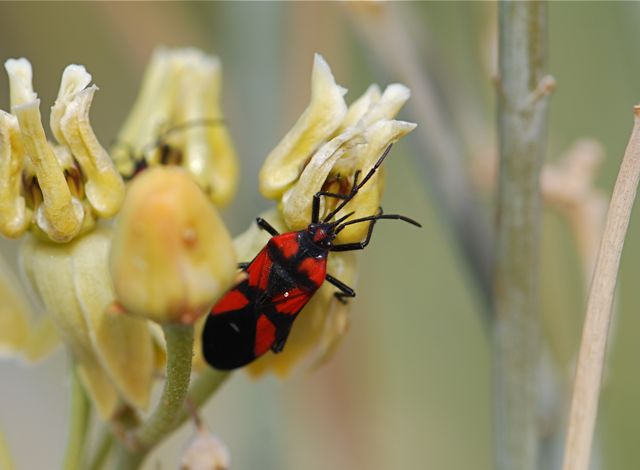 A few years ago I found a bug on milkweed with 2 "belts." It turned out to be Oncopeltus cayensis. 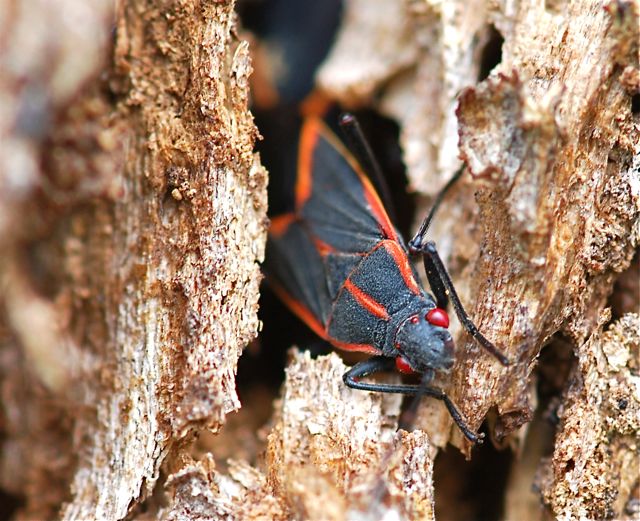 Another common red and black bug is the boxelder bug. However, it is not usually found on milkweeds. 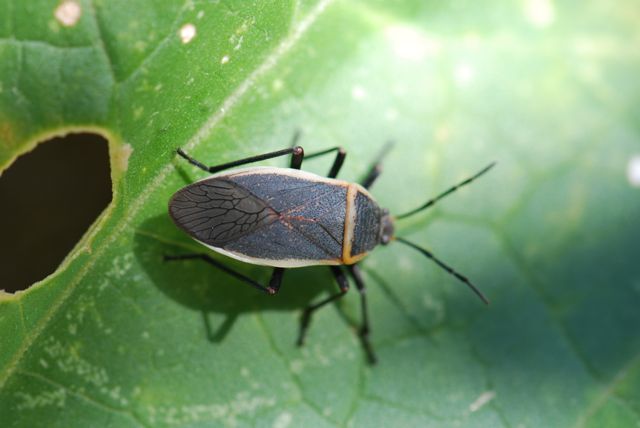 The bordered plant bug (Largus californicus) has a similar shape, with orange trim rather than red. It isn't found on milkweeds either.

Finally, the red bug, Melanopleurus belfragei (BugGuide), is also similar but has neither "belts" nor white spots.

Seed and milkweed bugs are fun to watch. What kind do you have where you live?

2 thoughts on “Bug of the Week: More Red Bugs”