Usually we have the Bug of the Week series on Wednesdays, but since we are going with an ocean science theme this week, let's take a look at a group of marine invertebrates, the jellyfish, instead 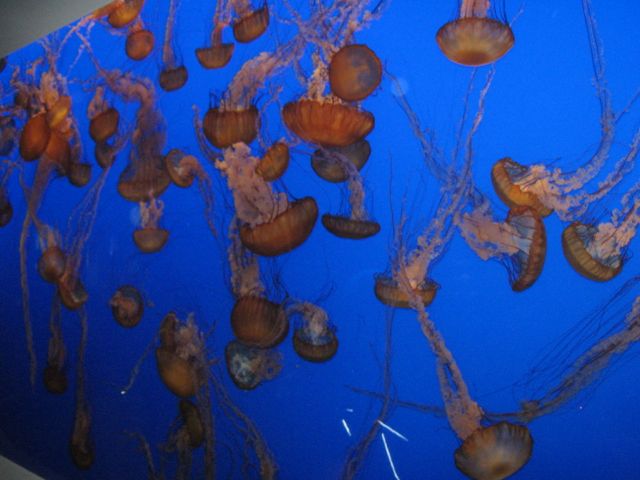 Jellyfish live in oceans throughout the world. They can be a variety of shapes and colors. 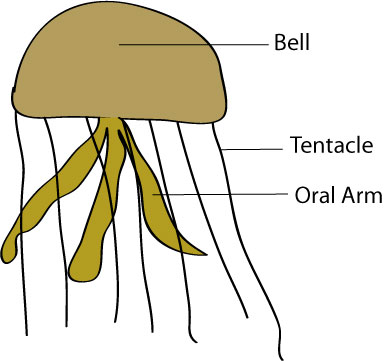 In general, jellyfish have a bowl-shaped main body called the bell. They also have slender tentacles that usually contain the stinging cells or nematocysts. The jellyfish in the photograph above have long, slender strand-like tentacles, but some species have only a tiny fringe of tentacles along the edge of the bell, or even no tentacles at all. The frilly, lighter colored parts are the oral arms, which help capture and move prey.

You can see some of the diversity of sizes and shapes in this video:

One concern that marine scientists have, which was mentioned at the end of the video, is that as the numbers of predators of jellyfish rapidly decline that jellyfish will become much more abundant and have more frequent blooms (see for example, this infographic).

Learn about jellyfish anatomy by making a jellyfish model. 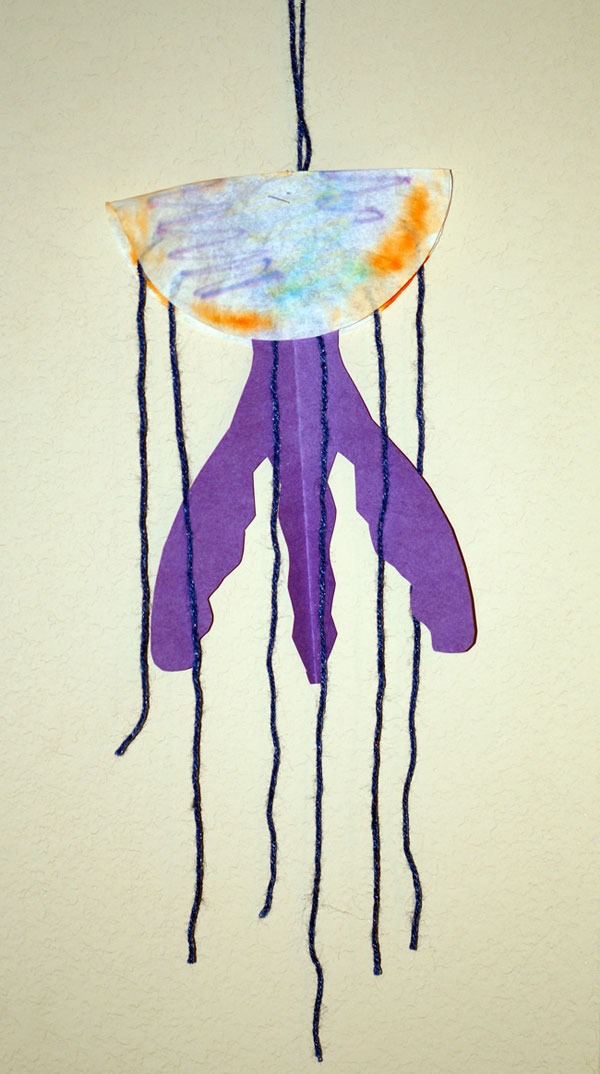 Fold the construction paper lengthwise. Have the children either cut strips to be the oral arms, or cut arm shapes as shown in the example, depending on their skill with scissors. Cut the yarn into 10 to 16 inch lengths, 6 or as many as desired.

If your children are familiar with a particular type of jellyfish, modify the pattern accordingly.

Are you going to a beach sometime this year? Are you interested in learning more about jellyfish? If so, you might want to look into the citizen science opportunity known as JellyWatch.

This post is part of our ocean science series. Visit the landing page for links to all the related posts. 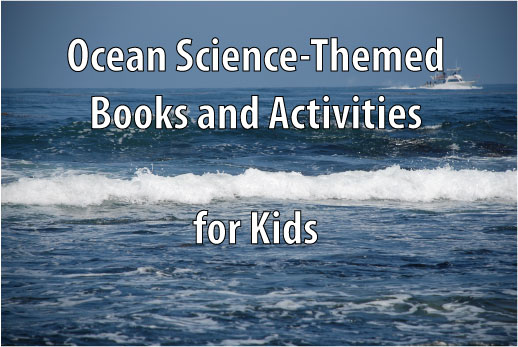