In Arizona, we have more than our share of stinging arthropods and prickly plants. 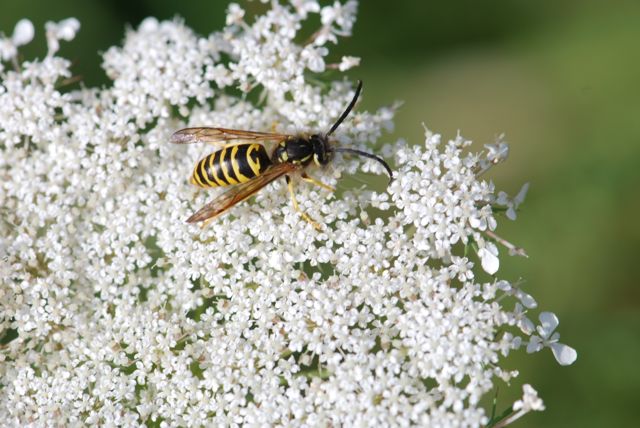 We do not, however, have any of these wasps in the low desert. 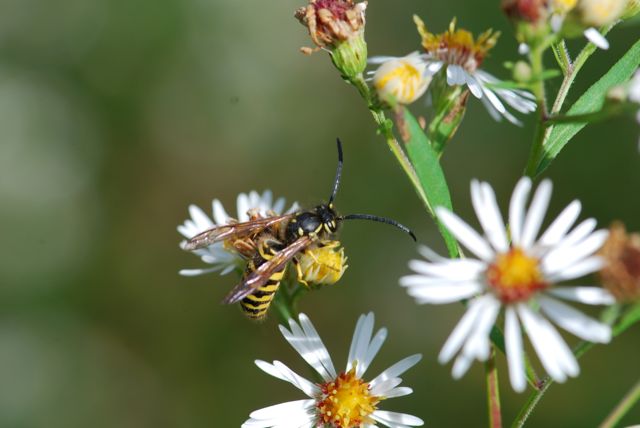 This yellow and black wasp is the Eastern yellow jacket, Vespula maculifrons. You can identify it by its relatively small size (smaller than other yellow jackets) and the anchor-shaped marking on the first tergite (first dorsal plate on the back of the abdomen, near the thorax). 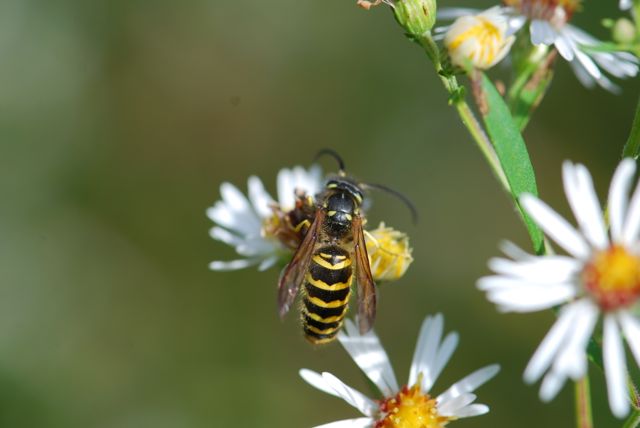 The Eastern yellow jackets are found throughout eastern North America. They nest under the ground or sometimes in houses. They have even been known to nest in between bales of hay in a barn. Under the cover of the ground or other material, yellow jackets' nests are made of a papery material similar to that of the white-faced hornet, which are more likely to be visible because the white-faced hornets nest in the open. 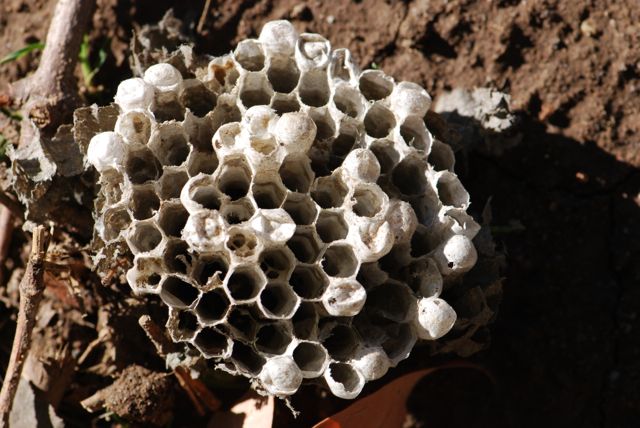 Yellow jackets are social insects, with colonies divided into queen and worker individuals. Unlike honey bees, yellow jackets do not overwinter as a colony. Instead, only founding queens overwinter. Each spring a queen starts a new nest by laying eggs that become worker wasps, which in turn raise more and more workers in the cells of the papery nest. Eventually the queen starts laying eggs that become more queens or males, as well.  The numbers of yellow jackets are highest in the fall.

The worker wasps feed the larvae food ranging from pieces of insects such as caterpillars to bits of luncheon meat in a picnic sandwich. As you can see in the photographs above, the adults also feed on nectar from flowers.

Have you ever seen yellow jackets processing a caterpillar or luncheon meat by chewing off manageable-sized pieces? It can be quite fascinating to watch.

Do you see yellow jackets where you live?