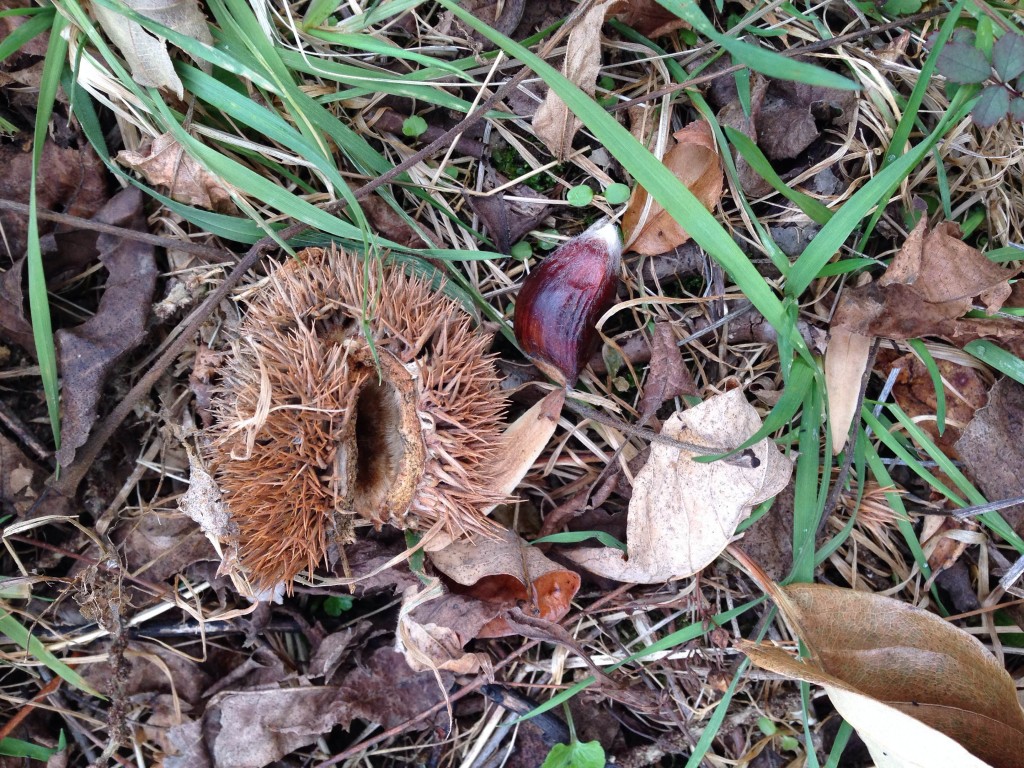 (Photograph by Anna at A Life Inspired by Nature.)

Anna found the American chestnut seeds on the ground at the Goodwin State Forest in Connecticut. Aren't those burs that surround the seeds fascinating? 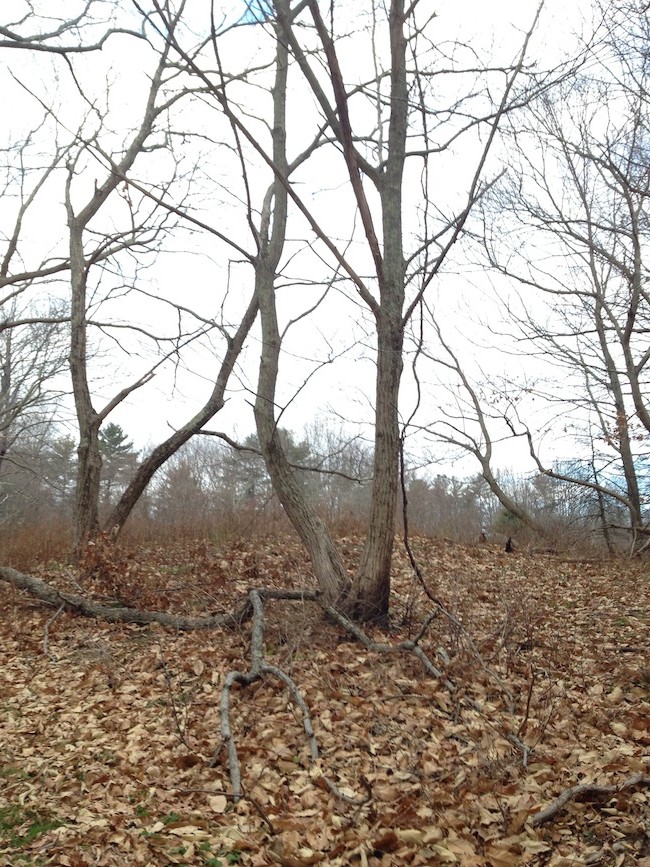 (Photograph by Anna at A Life Inspired by Nature.)

The story of the American chestnut is a sad one. The majestic trees were once common throughout Eastern North America, but they virtually disappeared due to the chestnut blight fungus, Cryphonectria parasitica. The trees Anna found are part of ongoing research by Dr. Sandra L. Anagnostakis at the Connecticut Agricultural Research Station, who is conducting investigations into resistant varieties and the potential use of a biological control agent to control the fungus.

Have you ever seen a living American chestnut tree? 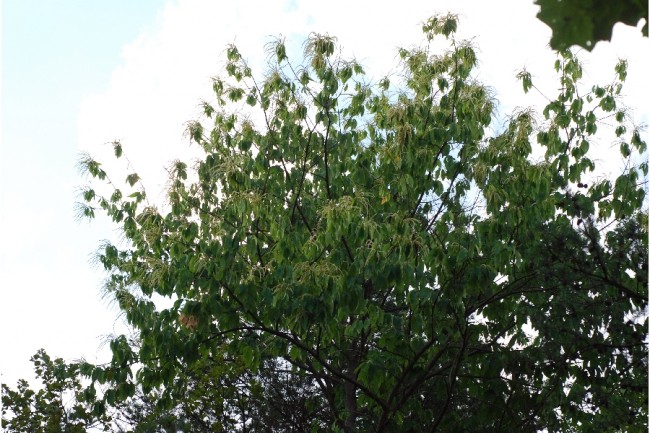 I have never seen one in flower, like this public domain image by Doug Goldman, hosted by the USDA-NRCS PLANTS Database / USDA-NRCS-NPDT.

The long, pale yellow fuzzy parts are the male catkins. 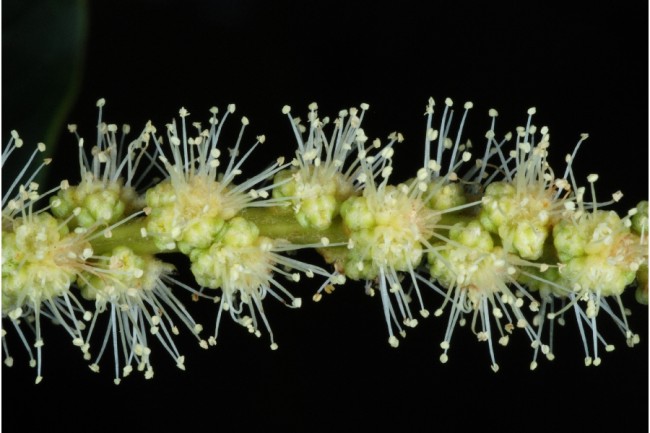 This is what the male catkins (flowers) look like up close (photograph by Doug Goldman, hosted by the USDA-NRCS PLANTS Database / USDA-NRCS-NPDT) 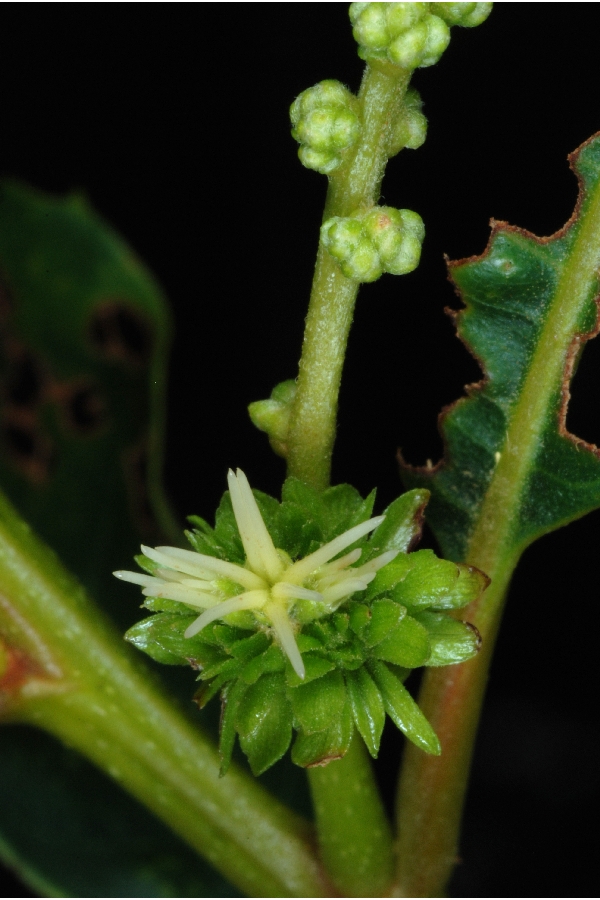 Female flowers are much less conspicuous. Although male flowers and female flowers are found on the same tree, the American chestnut does not self pollinate. Successful pollination requires two trees to be in near proximity. (Photograph by Doug Goldman, hosted by the USDA-NRCS PLANTS Database / USDA-NRCS-NPDT).

Wouldn't it be grand if the American chestnut tree could once again be part of the landscape in North America?

A great big thank you to Anna for suggesting the topic and sharing her photographs. Congratulations for finding these special trees!