Our mystery seeds last week were from the common or greater plantain, Plantago major. 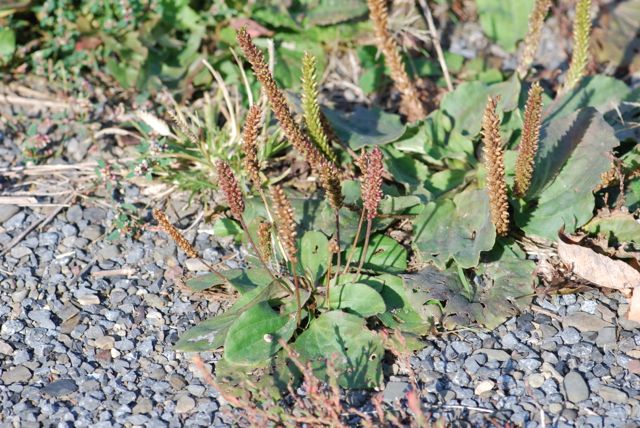 The greater plantain is a low-growing perennial plant that is variously considered a weed or a medicinal wonder.

The plant has a cluster of wide leaves with a few erect flower or seed stalks. 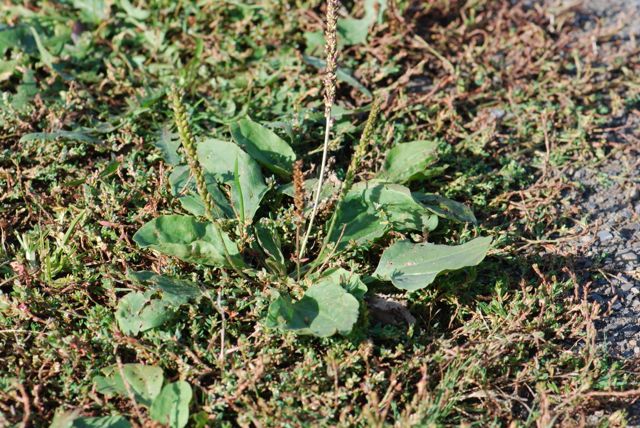 Originally from the Old World, it quickly followed the early European colonists to North America where it has become naturalized. 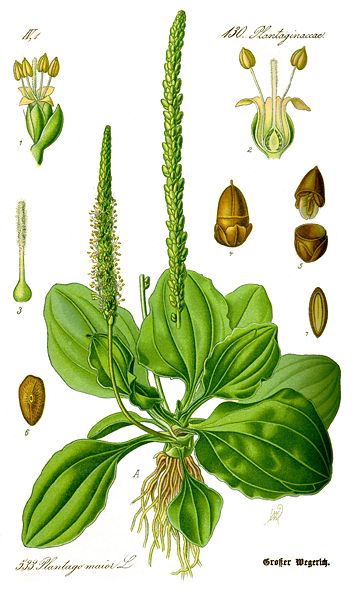 (Illustration in public domain from Wikimedia)

As with the rest of the plant, the flowers are small and easy to overlook. 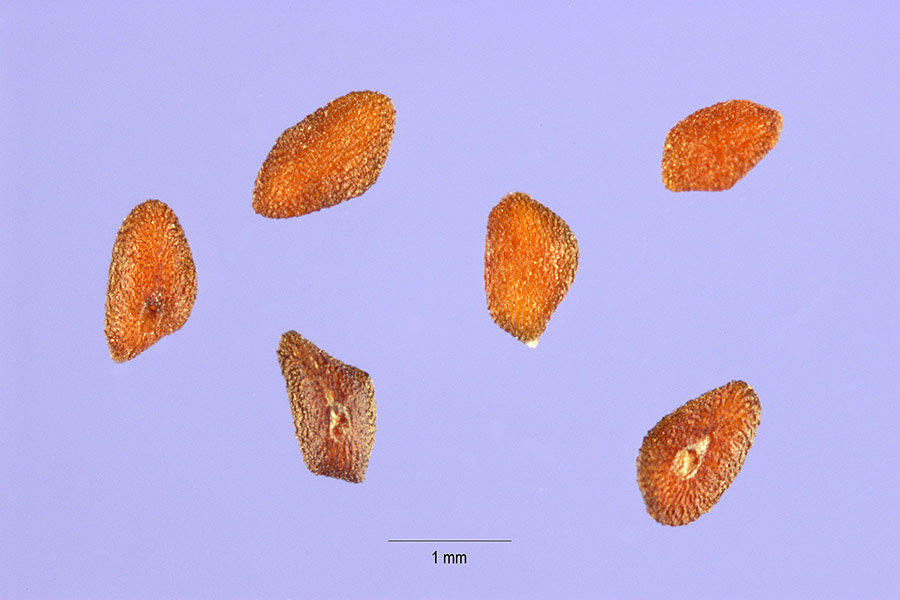 In this public domain photograph from Steve Hurst (hosted by the USDA-NRCS PLANTS Database) the seeds are orange, whereas our mystery seeds... 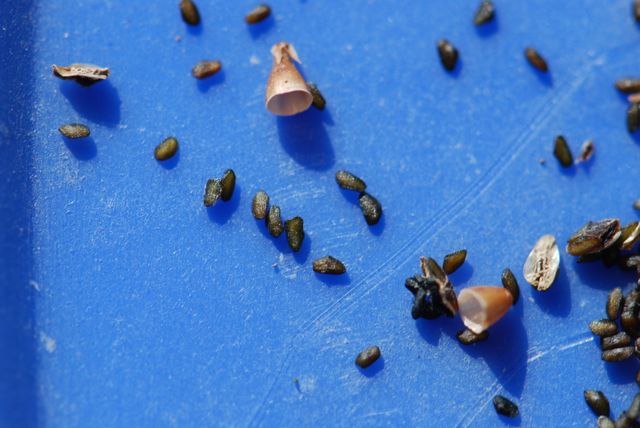 were gray to black. After checking, the UC IPM website indicates the seeds may be orange to black.

Plantain is often considered an ordinary weed, but it has long been used as a home remedy for a number of ailments. Recently scientists have found a pharmacy of potentially interesting biologically-active chemicals in plant extracts (this article, for example). Perhaps it is a small, common plant that deserves more attention.

Does greater plantain grow where you live? What have your experiences been with it?