Would you have been able to identify our mystery seeds last week if I included a photograph of the seed head like this one? 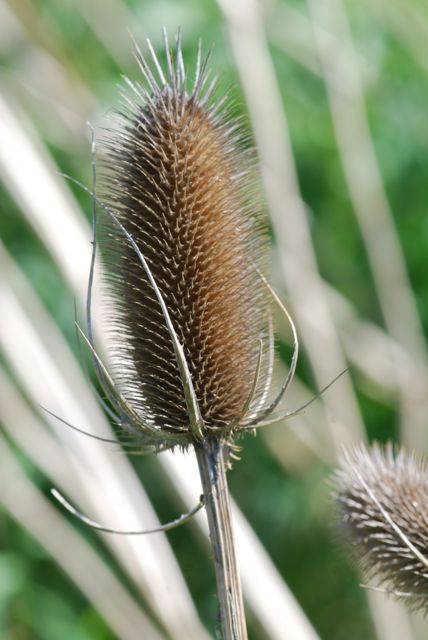 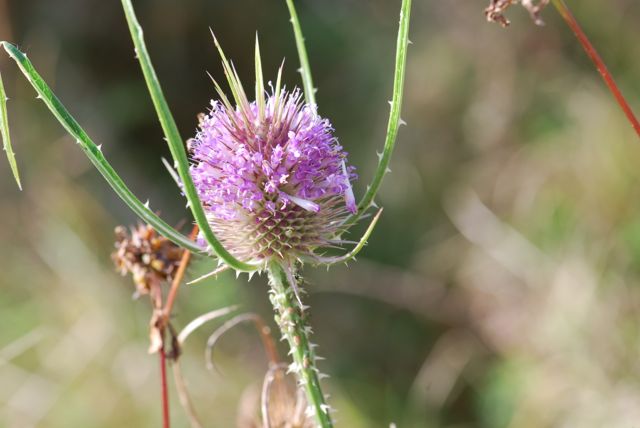 Like the white campion last week, the common teasel originally came from Europe and western Asia. It grows abundantly in the Northeast, where it may be a weed. 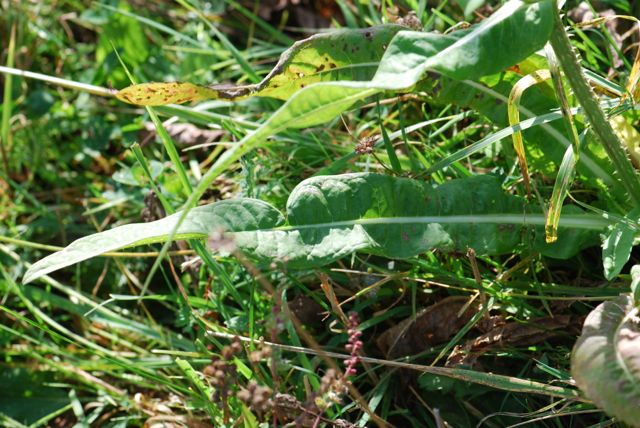 Common teasels are biennial plants, producing a cluster of leaves or "rosette" in the first year and then flowering in the second year. This general life cycle may be shortened or lengthened depending on environmental conditions.

Also like the white campion, the leaves grow in opposite pairs around the stem. Water gathers in a cup-like depression that forms at the stem, and recent studies have suggested that the teasel may obtain nutrition from insects that become trapped in these cups (Shaw, P. J. A., Shackleton, K. (2011). "Carnivory in the teasel Dipsacus fullonum — the effect of experimental feeding on growth and seed set". PLoS ONE 6 (3): e17935. ) Cool! 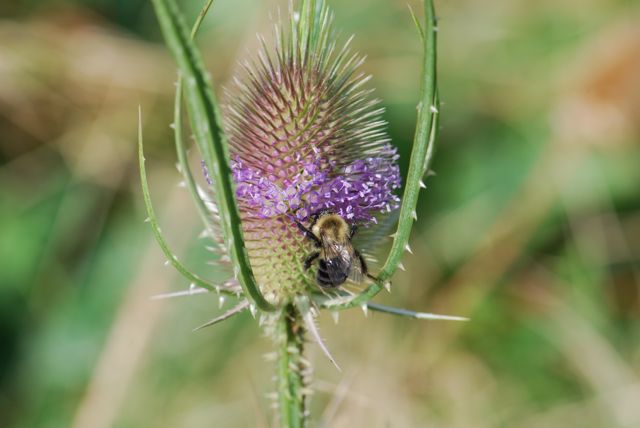 The teasel flowers in bands. It starts flowering in the center,

and then continues to the top and bottom. As you can see, the flowers produce nectar for bees and butterflies. The seeds are also food for several kinds of songbirds.

Although I don't have  photograph, teasels always remind me of winter because the dried stalks are often standing tall even when other plants are covered with snow.

Do teasels grow where you live? What do you think of them?