Our mystery seed last week was not such a mystery after all. Craig recognized it as the distinctive seed of an oleander, Nerium oleander. 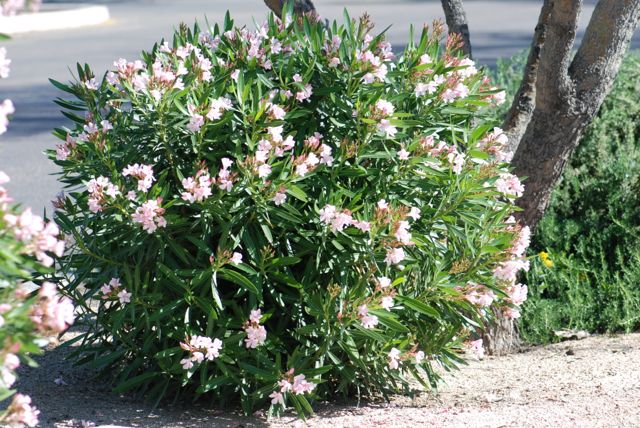 Originally from the Mediterranean, oleanders are popular plants in warm climates because they are hardy to the point of being virtually indestructible. 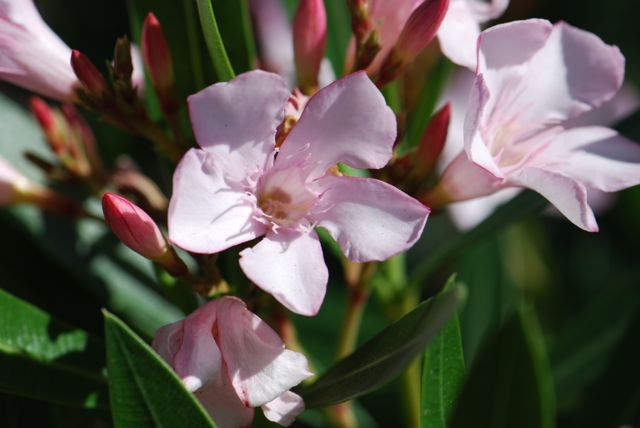 They also flower for long periods. Often they are the only plants still with color in the hottest months. 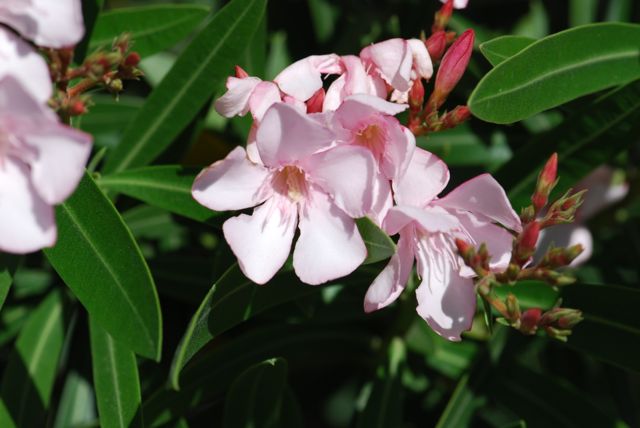 The flowers are pink, red or white depending on the variety. This a "petite pink," which is a well-behaved smallish shrub. Some of the other varieties get pretty large and are sometimes pruned into small trees. 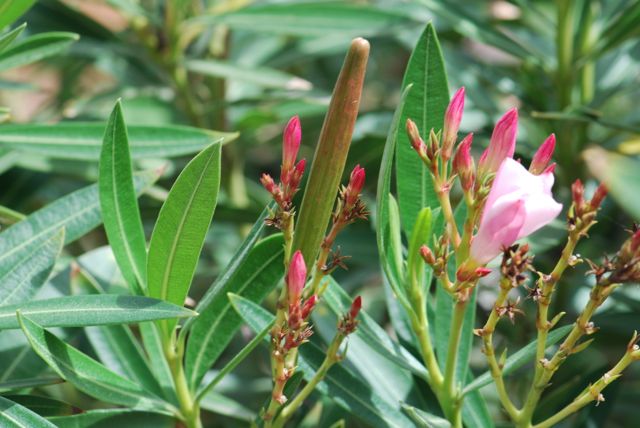 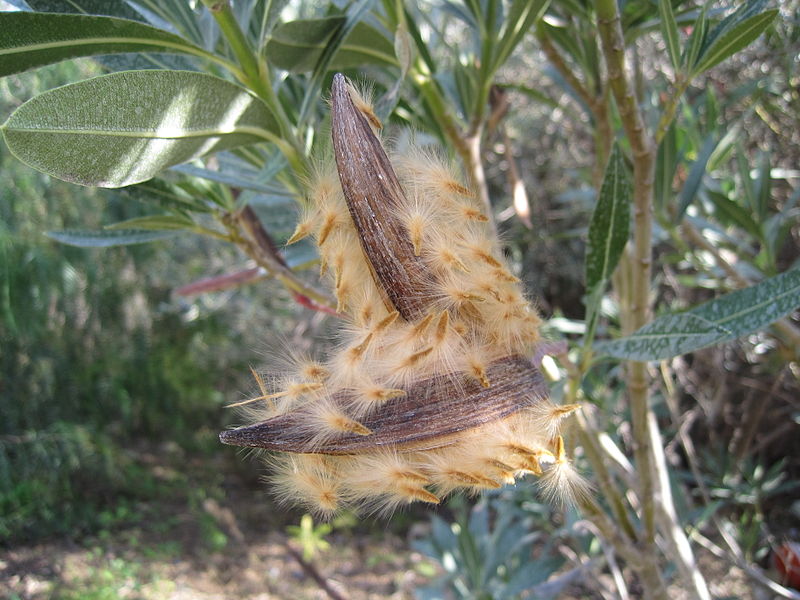 (Photo in public domain from Wikimedia)

which release these clusters of parachute seeds like the one I found stuck to the petunia.

Another trait of the oleander is that although they are hardy, they don't aggressively spread or reseed as some more weedy species do. 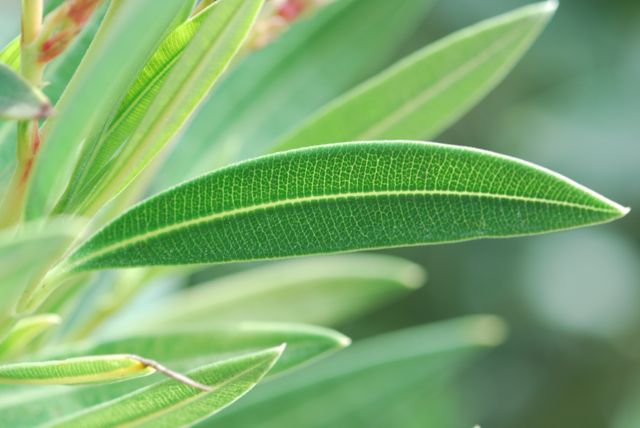 The only drawback is that they do contain toxins in the form of cardiac glycosides. These are the same chemicals that are found in milkweeds (Interestingly, the two plants also are the hosts of the same aphid, Aphis nereii.) In any case, they probably shouldn't be planted where small children or pets might get into them.

Have you ever seen an oleander seed?