The bumpy seeds (really nutlets) from last week's mystery seed tipped off Craig that they were from the common or coast fiddleneck, Amsinckia menziesii  var. intermedia. 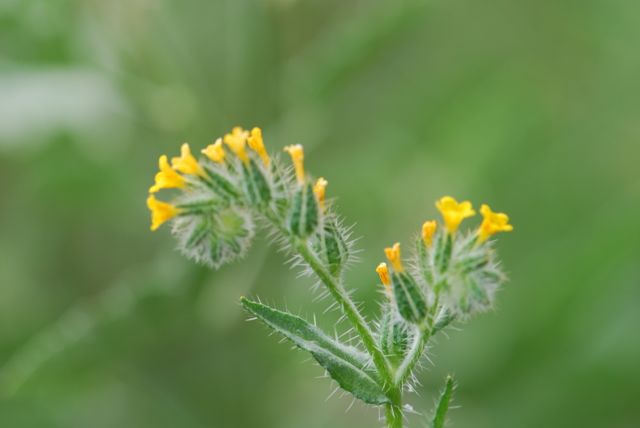 The plant gets the name fiddlehead from the arching shape of its flower head. 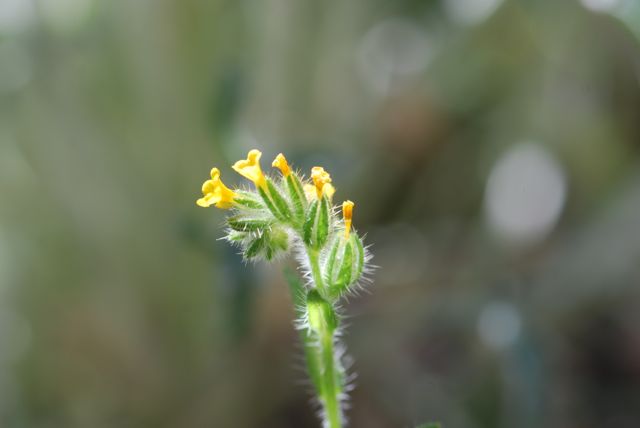 The bright yellow flowers open in succession starting at the base. As more flowers open, the flower head becomes longer and more curled. 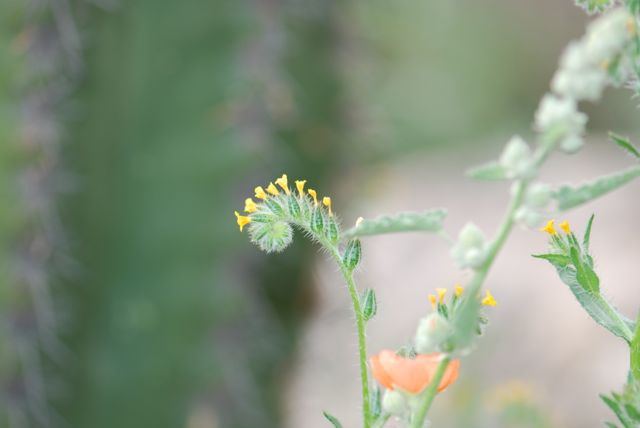 Common fiddlehead is native to western North America, including Arizona where it grows as a short-lived spring annual. It also grows in parts of Australia as a weed.

As you can see from the photograph, the entire plant is covered with hairs that can irritate the skin, especially once the plant has finished blooming and dried out. You definitely want to wear long pants and gloves when cleaning these up. 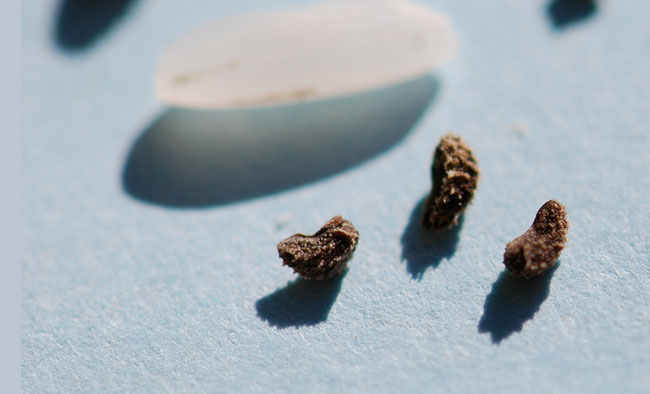 By the way, the bumpy, ridged nutlets contain toxins. If livestock eat grain or feed contaminated with too many fiddleneck seeds, they can be poisoned.

On the other hand, some birds seem to be able to eat them without ill effects.

Do fiddlenecks grow where you live?