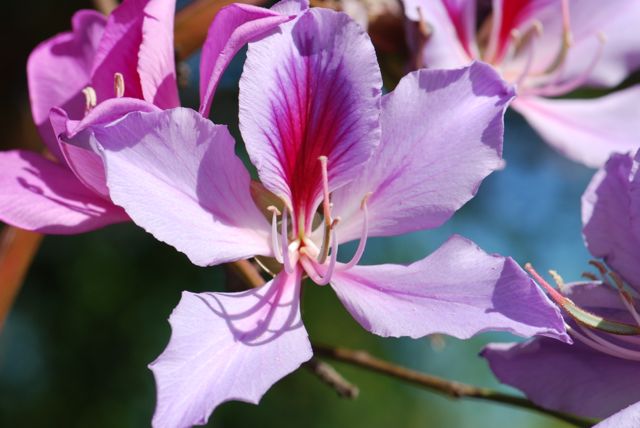 Orchid trees are named for their absolutely breathtaking, orchid-like flowers. 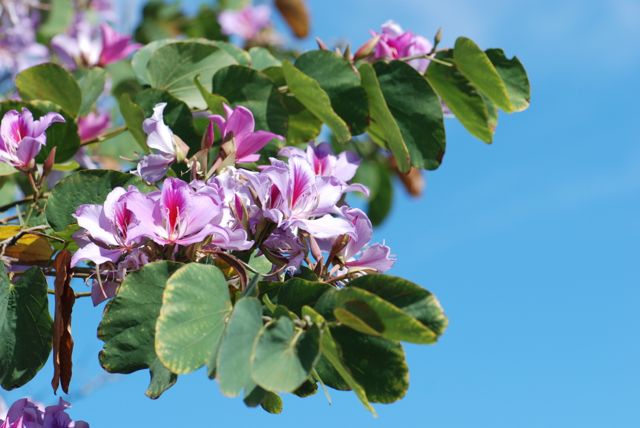 A few weeks ago our local orchid trees were masses of brilliant flowers.

Orchid trees were originally from Asia, but are now grown in warm areas throughout the world. The trees can withstand a light frost, but are killed by colder temperatures. 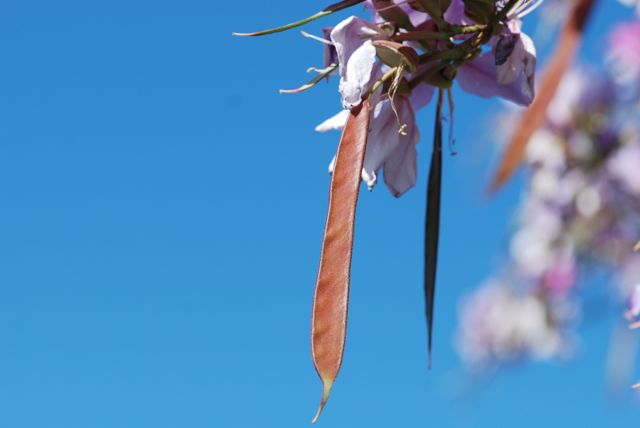 The pods and seeds in the mystery seed post most likely were from Bauhinia variegata, which is also called "mountain ebony." 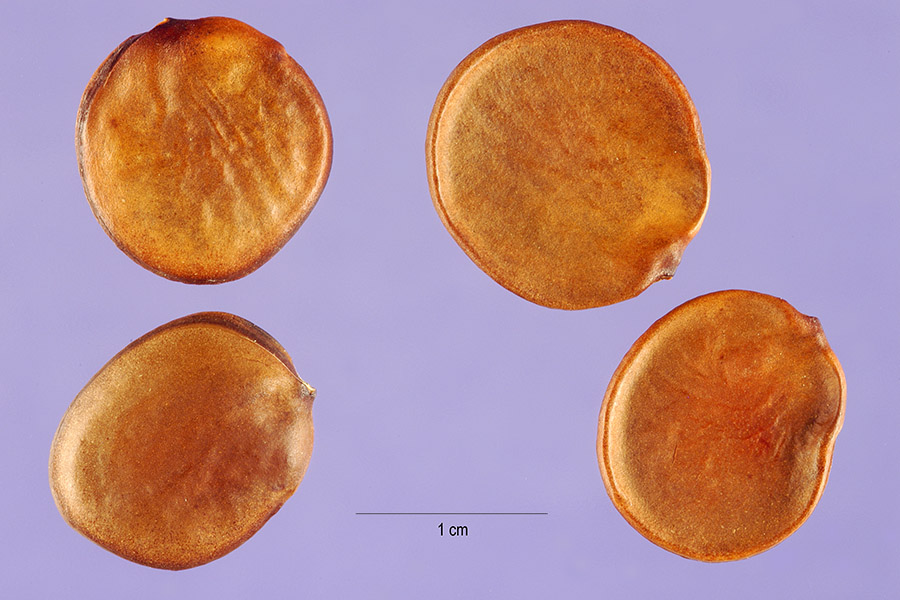 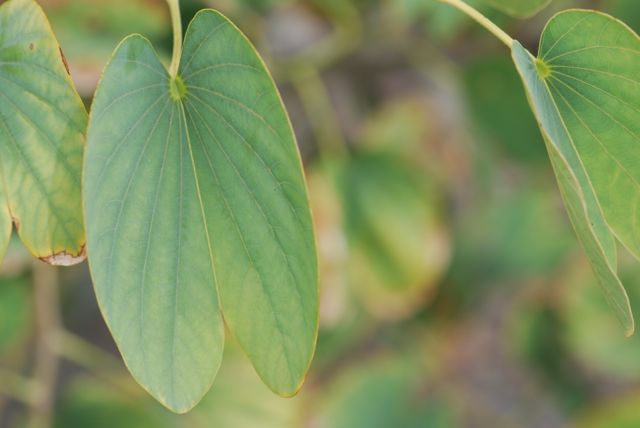 Orchid trees are easy to identify when they are not in bloom because they have unusual bi-lobed leaves. 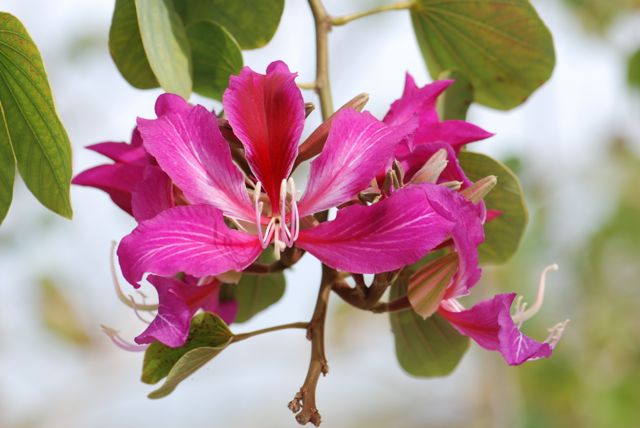 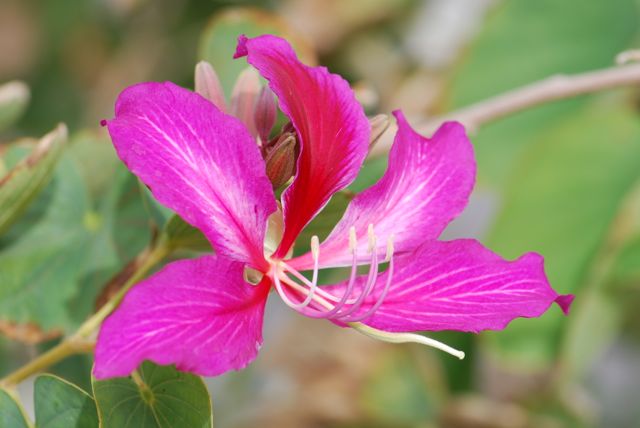 Given the long stamens and pistil of the orchid tree flowers, it is not surprising to learn that they are often pollinated by large moths (see pollination by butterflies post for more information).

Have you every seen an orchid tree in full bloom? Aren't they amazing?

20 thoughts on “Seed of the Week: Orchid Trees”